Advertisement
Home / Sports / Cricket / India A vs South Africa A: Quicks strike to turn on the heat

India A vs South Africa A: Quicks strike to turn on the heat

At stumps on Tuesday, Marco Jansen and Lutho Sipamla were at the crease for the home team, batting on 38 and one, respectively 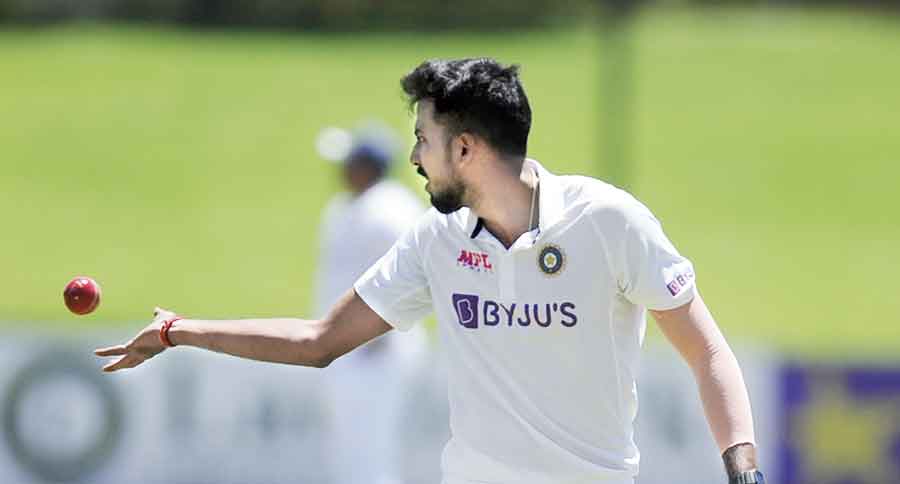 Quicks Ishan Porel (2/26) and Navdeep Saini (2/54) struck twice each as India A restricted South Africa A to 233/7 on Day I of the second unofficial Test at Mangaung Oval in Bloemfontein.

At stumps on Tuesday, Marco Jansen and Lutho Sipamla were at the crease for the home team, batting on 38 and one, respectively.

Led by Porel and Saini, India A bowlers were on target right from the onset after South Africa A won the toss and opted to bat first. Left-arm medium Arzan Nagwaswalla struck early in the second over of the game, trapping rival skipper Pieter Malan lbw for nought. That was also Nagwaswalla’s first ball of the match.

Raynard van Tonder and the other opener, Sarel Erwee, consolidated for a while and were beginning to look solid, till Bengal pacer Porel accounted for both of them in consecutive overs.

Saini then struck soon after, removing Tony de Zorzi, as India A had the hosts wobbling at 92/4. South Africa A were in further trouble at 170/6 thereafter, before a 53-run stand between George Linde (44) and Jansen helped them fight back a little.

However, Saini struck again late in the day when he dismissed Linde, making sure India A had their nose ahead. Baba Aparajith also took a wicket, getting Sinethemba Qeshile (32) out.

The performers on the day for India A were none other than Porel and Saini. Porel, alongside his scalps, was economical as well, going for less than two an over. Saini, too, was disciplined in terms of the line and length he bowled, conceding 3.20 runs per over.

South Africa’s foreign ministry has said that a “full bio-secure environment” will be created for the Indian cricket team when it lands here for a highly anticipated series next month.

“South Africa will take all precautions necessary to ensure the health and safety of the Indian teams. A full bio-secure environment will be established around both the South African and Indian A teams as well as the two national teams,” the Department of International Relations and Cooperation (DIRCO), the country’s foreign ministry, stated.

“India’s decision to show solidarity by choosing to continue with the tour of the Indian A team stands in contrast with a number of countries who have decided to close their borders and to restrict travel from South Africa,” the ministry added.