Cup slip haunts Jhulan Goswami, but she lived her dream 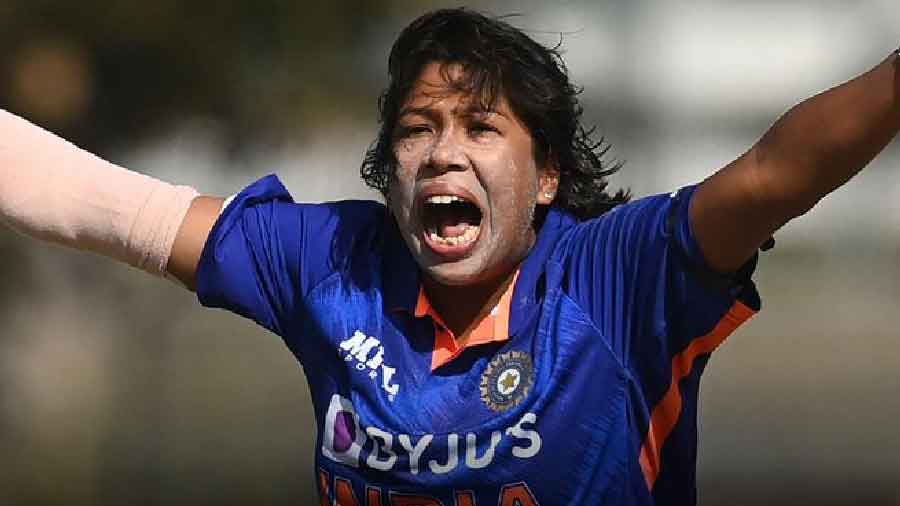 From being a ball girl at Eden Gardens in the 1997 Women’s World Cup final to being the world’s most successful bowler in women’s ODIs, Jhulan Goswami’s story has been a fairy tale, written in sweat, purged in hard work.

The 5 feet 11 inches frame, which shouldered the team’s bowling attack with great success for more than 20 years, will walk out to the ground for one last time on Saturday when India Women take on England in the third and final ODI of the series.

That her last international match will be played at the iconic Lord’s is a fitting finale to an unmatched career. It will certainly add to the mood if India, leading the series 2-0, complete a sweep in her honour.  On her part, Jhulan, who owns 253 wickets in Women’s ODIs, has enjoyed her cricket, but regrets not winning a World Cup for India.

“I have played two World Cup finals (2015 and 2017), if we had won at least one, then it would have been very nice for me and the team... that remains my only regret,” the 39-year-old medium pacer said on Friday. “But from where I am looking, the graph of women’s  cricket  has only gone up. When I started, I never thought of playing for such a long time. It has been a great experience. I am fortunate to play the sport.

“Honestly, coming from a humble background and a small town like Chakdah (in Nadia district), I did not have any idea about women’s cricket and how professional set-up works. I am fortunate enough, thanks to my family and parents, they always supported me,” she added.

While the BCCI is set to launch the Women’s IPL next year, Jhulan hasn’t thought about playing in it yet. “As of now, I haven’t decided... At this moment, I am ending my career in international cricket. I have enjoyed every bit of it,” she said.

What would she miss after Saturday? “The best moment for me was coming out of the dressing room and singing the national anthem and wearing the India jersey. I will miss those things.”

The Cricket Association of Bengal has invited fans to watch the live telecast of Jhulan’s last international match on the big screen at a city multiplex on Elgin Road.  She surely has been a larger-than-life character for women’s cricket in India.