Could not have asked anything better, says India skipper Raj after 155-run win 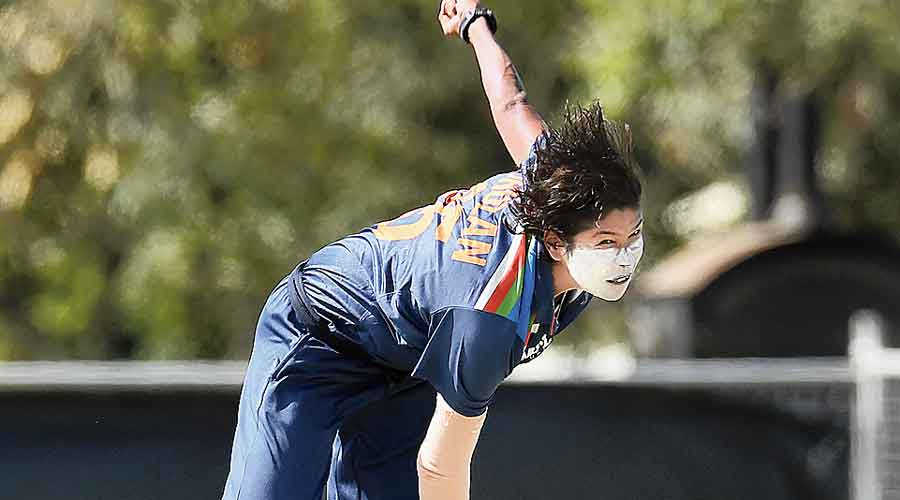 Coming into the match following a loss against hosts New Zealand, India dished out a splendid allround performance to notch up a dominating win over West Indies and top the points table.

"Could not have asked anything better than today's display. Today's win should keep us in the (frame) tournament for the knockouts. Batting and bowling really came out well," Raj said in the post-match presentation.

"It had a lot to do with the couple of games, could see the nerves in the girls. Everyone knew the importance of today's game. Required a special effort, we knew West Indies came from 2 wins, we were playing after a big loss.

"We need to be consistent as the next game is in a different venue and a different opponent, we will be having different plans."

Smriti Mandhana (123) and Harmanpreet Kaur (109) slammed twin centuries to set up the win and Raj praised the duo for their sensible batting.

"The way Smriti and Harman played, very sensible and they have used their experience to get us to the table," she said.

The India skipper said the team was in good hands with the youngsters doing well.

"It's good to have youngsters around, me and Jhulan have played for a long time. When you have to let your guard down, need the youngsters to crack a joke - it eases out our nerves, which has helped me in the past."

"I don't think we bowled the way we wanted to. Gave away too many short balls. I thought Harman and Smriti batted really well. We just couldn't get back from that."

Chasing a stiff total of 317, West Indies were off to a flier with openers Deandra Dottin (62) and Hayley Matthews (43) putting up 100 runs in 12.1 overs but once the two departed, the innings fall apart.

"The start they gave us was brilliant. Probably it was important for one of them to stay there. But they did really well. The batters who came in didn't capitalize.

"The positive would be the opening partnership. I think we did well in that area."

Named the 'Player of the Match', Mandhana decided to share the award with Kaur.

"I think scoring a century and not being a Player of the Match is something I really wouldn't want as a player. I think we both contributed equally for us to score 300. So, I think it's good for us to share the trophy and I think both are good contenders to get it," Mandhana said.

"We learnt from our mistakes and that's something we thought we are not gonna repeat it. As batters, we both prefer chasing and setting the target both together. Last game we didn't get going and in chasing it's very important to get the momentum.

"Our strengths are really different because she is really good with spin and I like pace on the ball. So when the spinner comes on I give her the strike and when the pacer comes on she gives me the strike."

Veteran India pacer Jhulan Goswami on Saturday surpassed yet another milestone in her illustrious 22-year-old career by becoming the all-time highest wicket-taker in the history of the ICC Women's World Cup here.

With 40 scalps in her kitty, Goswami has surpassed Australia's Lynette Fullston, who took 39 wickets during her career spanning six year from 1982 to 1988.

Goswami achieved the feat by dismissing Anisa Mohammed in the 36th over of the innings with West Indies chasing a mammoth target of 318 set by India.

Goswami, thus, lead the chart ahead of Fullston, England duo of Carole Hodges (37 wickets) and Claire Taylor (36) and another Australian in Cathryn Fitzpatrick (33).

India rode on brilliant centuries from Smriti Mandhana and Harmanpreet Kaur to comprehensively beat West Indies by 155 runs and bring their World Cup campaign back on track.

India are currently leading the eight-team standings with four points from three games ahead of Australia, New Zealand and South Africa by virtue of a better net-run rate.