Advertisement
Home / Sports / Could have gone either way: Thiem

Could have gone either way: Thiem

Dominic Thiem reached the finals of the Australian Open for the first time; will face Novak Djokovic 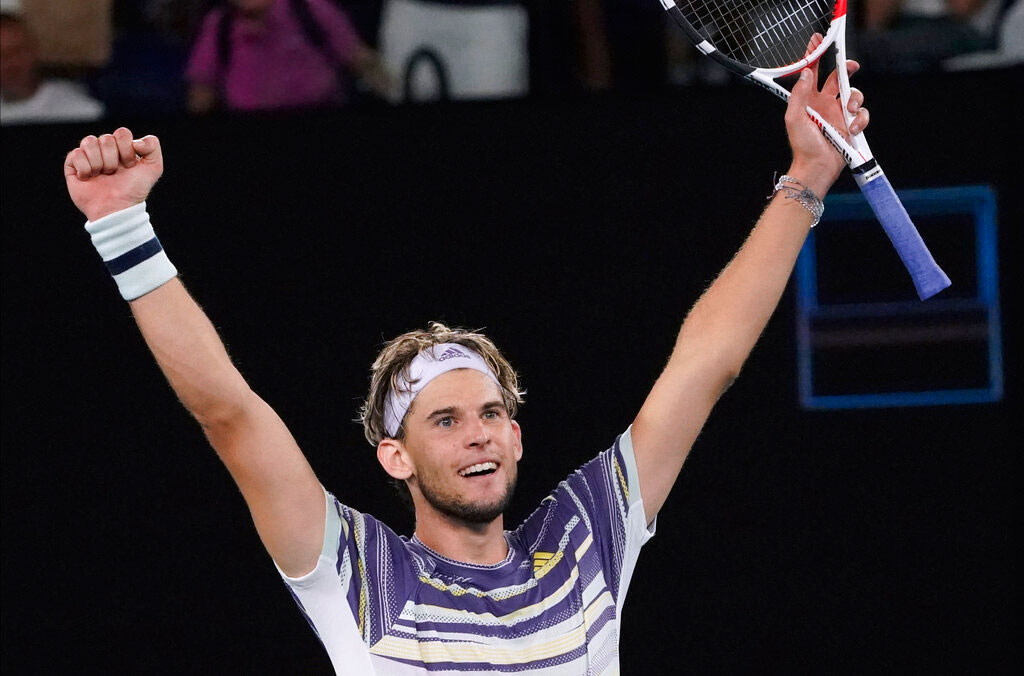 Dominic Thiem won the new-generation battle with Alex Zverev 3-6, 6-4, 7-6 (7-3), 7-6 (7-4) to reach his first Australian Open final on Friday and set up the ultimate test against Melbourne Park maestro Novak Djokovic.

In an enthralling semi-final featuring a rain interruption, a lighting failure and plenty of drama, the fifth-seeded Austrian shrugged off a sluggish start and was braver on the big points.

He thrashed two blazing forehand winners to raise three match points in the decisive tie-break, then sealed it with a cross-court volley to book his third Grand Slam final after losing the last two French Open deciders to Rafael Nadal.

“Both of us could have won this today,” Thiem, who dumped Nadal from the quarter finals, said on court.

“Maybe (I have) a little bit of experience, little bit of something else. He’s just 22, maybe not long before he makes it to his first Grand Slam final.”

With the men’s Grand Slams dominated for years by the ‘Big Three’ of Djokovic, Nadal and Roger Federer, Thiem will bid to become the first man born in the 1990s to win a major title.

For two players seeking a maiden final in Melbourne, it was a nervous start with each dropping their opening service games before rain halted play briefly for the roof to close. After the resumption, Thiem was the first to blink with a double fault opening the door for Zverev.

Still rattled, Thiem conceded the set in a flurry of unforced errors.

Zverev had served woefully in his dreadful ATP Cup in the lead-up to Melbourne, but he needed only two second serves in the entire first set.

The demons returned briefly, however, as he opened the third game of the second set with consecutive double faults before dropping serve.

But that was just the cue for a madcap phase of service breaks and sparkling rallies — and also a few bone-headed shots — from both players.

Thiem finally held to 5-3, but the madness continued.

In an outrageous game of net-rushing, botched overhead smashes and thumping groundstrokes, Thiem fought off two break points before blasting an ace down the T to take the set and level the match.

The pair had literally shot the lights out, and play was halted for a second time after Zverev held serve to 1-0 in the third set due to lamps failing on the roof.

Following a break of some seven minutes, Thiem landed a crushing blow, luring Zverev into an ill-fated trip to the net to take his serve again.

He began throwing Zverev around the court with his power but the German hung tough. There was no glorious dash to the finish line for Thiem, with the fourth set a grind but he was magnificent in the tiebreak as he courageously attacked the lines before claiming it with a decisive rush to the net.