The host nation will play Peru, who beat Paraguay on penalties earlier in the day, at Rio de Janeiro’s Nilton Santos stadium on July 5 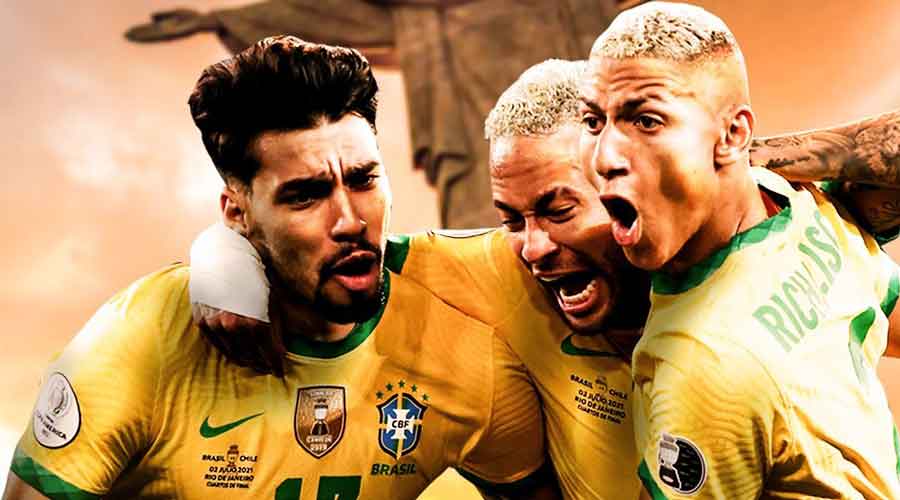 Brazil survived losing Gabriel Jesus to a red card early in the second half to defeat Chile 1-0 in a thrilling Copa America tie on Friday and move into the semi-finals against Peru.

The host nation will play Peru, who beat Paraguay on penalties earlier in the day, at Rio de Janeiro’s Nilton Santos stadium on July 5.

Friday’s tie between the last two Copa America champions was more closely fought than their form coming into the game suggested.

Brazil were unbeaten in 11 games and topped Group B, while Chile finished only fourth in Group A and have drawn four of their last six matches 1-1.

After an even and goalless first 45 minutes, the match sparked to life within seconds of the restart, when substitute Lucas Paqueta worked a scrappy one-two with Neymar and then held off Gary Medel to fire home from close range.

However, the outlook changed less than two minutes later. Brazil were reduced to 10 men after Gabriel Jesus was shown a straight red for a horrific kung-fu kick that sent Eugenio Mena tumbling. It was like former Manchester United player Eric Cantona’s infamous kick on a Crystal Palace supporter in January 1995.

“Unfortunately I made a mistake in which the team could have suffered, but this group showed strength,” Jesus tweeted after the match. “I apologise to my teammates and I will always continue to try to learn from mistakes. Relieved to know that Mena is okay. We go to the semis!”

Copa, however, could be over for Jesus if the tournament committee slaps more than a one-match ban on the Manchester City forward.

Brazil are unused to being under pressure, especially at home, but Chile forced them onto the back foot for large parts of the second half as they poured forward in search of an equaliser.

Ben Brereton, the English-born striker who replaced Alexis Sanchez at half-time, hit the bar with a looping header and Ederson made at least two good saves.