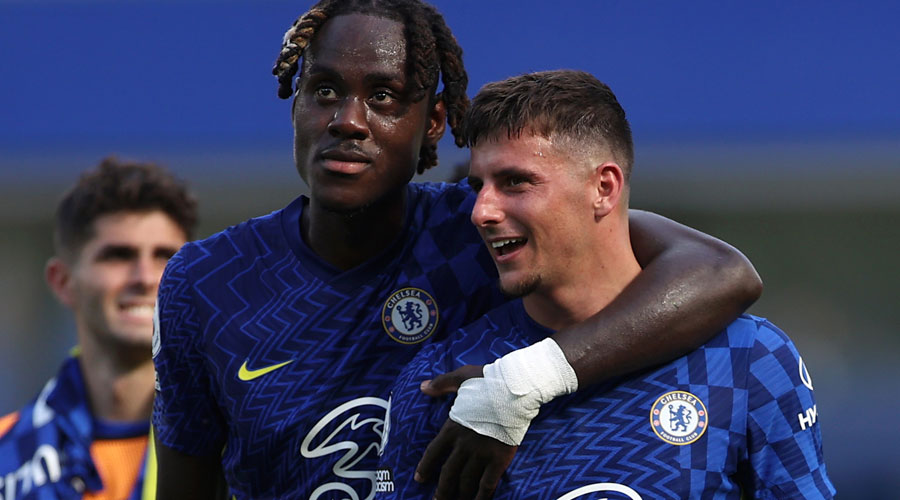 Chelsea eased to a 3-0 home win over a toothless Crystal Palace on Saturday as the European champions made a strong statement of intent in their opening game of the Premier League season.

Spanish left back Marcos Alonso fizzed a free kick into the top corner to put Chelsea in charge in the 27th minute while US forward Christian Pulisic followed up on the rebound to double their lead five minutes before halftime.

Chelsea’s homegrown defender Trevoh Chalobah then completed a dream Premier League debut in the second half when he smashed a distance shot in off the post to score his first goal for the club he joined as an eight-year-old.

The defender, who has spent the last three seasons on loan in England and France, dropped to his knees after scoring to further delight of the home fans in the biggest Stamford Bridge crowd since the pandemic struck in March 2020, with more than 38,000 turning out.

Liverpool began their title hunt with a 3-0 win away against Norwich City. Mohamed Salah had two assists for Diogo Jota and substitute Roberto Firmino before going onto the scoresheet himself finishing emphatically with 16 minutes remaining.

On Friday, Sergi Canos and Christian Norgaard got the goals as Brentford stunned Arsenal 2-0 in the opening game of the season but manager Thomas Frank said the home fans deserved the Man-of-the-Match award.