In cruise control, United’s task was made more difficult after fullback Aaron was sent off for a lunging tackle on Christopher Martins with just 35 minutes on the clock 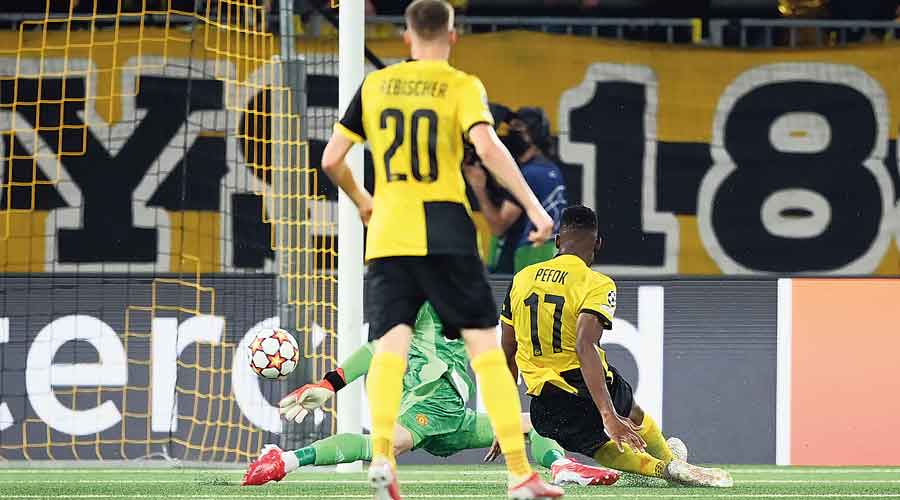 Cristiano Ronaldo, who equalled the all-time Champions League appearance record, matching former Real Madrid teammate Iker Casillas’s 177 games, wasted no time in getting back among the goals, breaking the deadlock in the 13th minute.

In cruise control, United’s task was made more difficult after fullback Aaron Wan-Bissaka was sent off for a lunging tackle on Christopher Martins with just 35 minutes on the clock.

United brought French defender Raphael Varane on at halftime and went to five at the back to try to see out the victory, but the hosts got a deserved equaliser through Nicolas Moumi Ngamaleu at the near post in the 66th minute.

Ronaldo was then replaced in the second half as United again changed formation, with the visitors needing a fine late save from goalkeeper David De Gea to keep Young Boys at bay.

But the drama was not over as Siebatcheu pounced deep into stoppage time to spark wild scenes of celebration, ensuring United got their Champions League campaign off to the worst possible start.

In the other early match, Sevilla were held to a 1-1 draw at home by RB Salzburg after a chaotic first half in which four penalties were awarded, three to the visitors, while the hosts were forced to play most of the second half with 10 men.

German striker Karim Adeyemi missed the target from the spot in the 13th minute and the Austrians earned a second penalty in the 21st which Croatian midfielder Luka Sucic managed to tuck away to put his side ahead.

Salzburg then won another penalty in the 37th minute but Sucic hit the post with his second effort and the hosts made them pay when they were given a spot-kick at the end of the first half which captain Ivan Rakitic scored.

Sevilla were suddenly on the back foot again early in the second half when striker Youssef En-Nesyri was sent off for a second booking but the Spaniards held on for a draw.