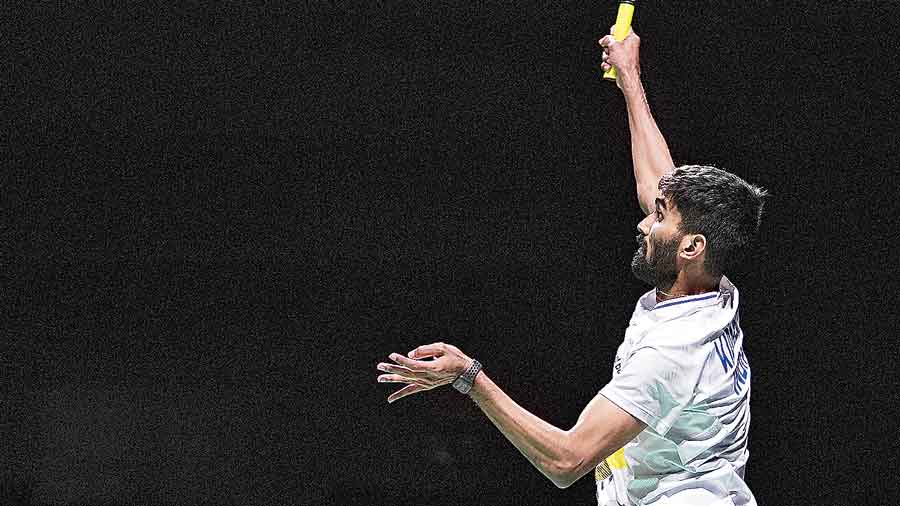 Kidambi Srikanth let slip a golden opportunity to be the first men’s badminton world champion from India as he suffered a straight-game defeat to Loh Kean Yew of Singapore despite enjoying advantageous positions in the final of the 2021 BWF World Badminton Championships in Huelva, Spain, on Sunday.

However, even in defeat, it’s a big achievement for Srikanth as he became the first man from the country to get a silver from the world meet.

The 28-year-old bettered the feats of legendary Prakash Padukone (bronze in 1983), B Sai Praneeth (bronze in 2019) and Lakshya Sen, who bagged a bronze after losing to Srikanth in the semi-finals in this edition.

Overall, Srikanth is the third shuttler from India to return with a silver from the marquee event after PV Sindhu and Saina Nehwal.

Sindhu remains the only Indian to be crowned the badminton world champion as she had won the coveted title in 2019. She also has two silver medals and two bronze, while Saina claimed a silver at the 2015 Jakarta meet and then a bronze at 2017 Glasgow.

It is also the first time that India won two medals in men’s singles at the World Championships.

Personally too, it’s a remarkable achievement for Srikanth to have made it to the summit clash as he had been troubled by fitness issues and lack of form ever since injuring his knee during the 2017 French Open final after claiming four Super Series titles that year.

Playing his first final since the 2019 India Open, the 12th seeded Srikanth fought a tough battle for supremacy with the unseeded Loh, who relied on his explosive attacking game and lightening footwork to put pressure on the Indian.

Srikanth, currently ranked 14th in the world, had his moments but he squandered leads of 9-3 and 18-16 in the two games to see the title slip out of his fingers.

The 24-year-old Loh started with a superb net dribble, opening up a 3-1 lead early on but Srikanth soon turned the tables by engaging his rival in short rallies and using his deception to set up the points.

Srikanth’s tactics of delaying his returns earned dividends as he moved to a 9-3 advantage with a powerful smash.

Loh then tried to dominate the front court but Srikanth took a four-point lead with another smash on his rival’s backhand at the mid-game interval.

After resumption, Loh found his footing as he clawed back to 11-11 by winning the next four points and then unleashed a jump smash to grab the lead.

World No. 22 Loh soon moved to 17-13 with Srikanth committing too many unforced errors. A lightening fast net play helped Loh earn five game points and he sealed it when Srikanth erred next.

In the second game, the duo fought tooth and nail, moving to 4-4 together. Srikanth tried to engage his rival in flat exchanges, sandwiched with angled returns and smashes to move to a 7-4 advantage.

But again, unforced errors came back to haunt Srikanth as Loh made it 9-9. Another net error and it was advantage Loh, who entered the mid-game interval at 11-9.

Srikanth drew parity with a backhand cross court flick, before moving to 16-14 by winning the longest rally with a precise cross court net return.

At 18-16, Srikanth sent one to the net and missed the line, while Loh unleashed a body smash to gain a 19-18 lead. Another fast-paced rally ended with the Indian going to the net to leave Loh with two match points.

Srikanth showed great courage at the net to save two match points but he erred next as Loh then pushed the shuttle at the backline with a precise return to go down on his knees in disbelief.

Loh became the first man from his country to win the World Championships title.

After the final, Srikanth admitted that he needs to working on his finishing skills. “Going into this match, I really wanted to be positive and not make mistakes. But sometimes it happens; one has to win, one has to lose.

“I tried to stay in the match... but it is important to finish off the match, but yeah, it is something I will need to work on.”