The 32-year-old, who plays domestic cricket, will become the first indigenous Australian Test player since Jason Gillespie played his last match in 2006 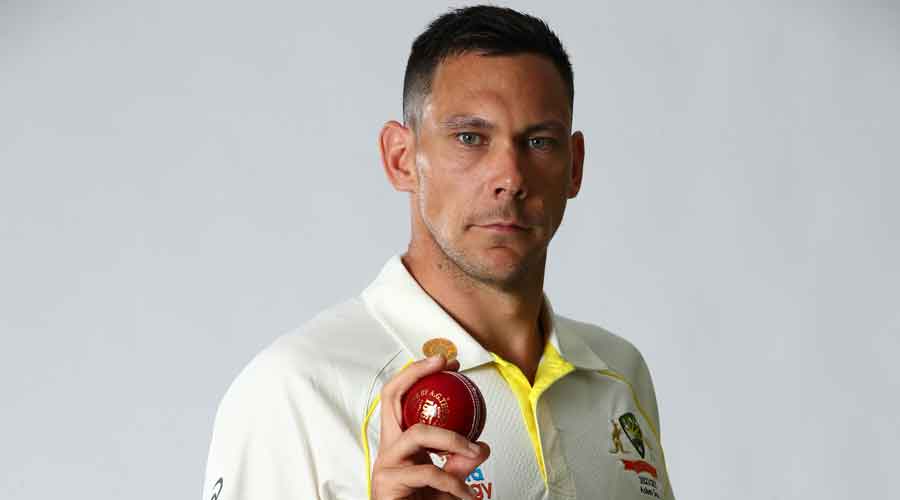 Australia have illustrated the depth of their fast bowling stocks by handing Scott Boland a surprise debut in the third Ashes Test against England, which starts at the MCG on Sunday.

The 32-year-old, who plays his domestic cricket at the Melbourne Cricket Ground, will become the first indigenous Australian Test player since Jason Gillespie played his last match in 2006 when he receives his Baggy Green on Sunday.

England have made four changes to the side that lost the second Test in Adelaide as they bid to keep the Ashes series alive, recalling fast bowler Mark Wood and spinner Jack Leach at the expense of Stuart Broad and Chris Woakes.

Batters Jonny Bairstow and Zak Crawley will feature for the first time this series.

Boland came into the Australia squad on Monday as pace bowling cover with Josh Hazlewood sidelined by a side strain and Jhye Richardson and Michael Neser suffering the after-effects of playing in the second Test in Adelaide.

Australia opener David Warner with his wife and daughters at the MCG on Christmas Day.
Instagram

“Jhye and Nes were a little bit sore after Adelaide so we’ve decided to go with Scotty,” said captain Pat Cummins, who missed the second Test after being adjudged a close contact of a Covid-19 case but returns to the side for the Boxing Day Test. “It’s a luxury to have someone like him, fresh and ready to go.”

Boland, who has played 17 games for Australia in white-ball cricket, has a strong record at the MCG in domestic cricket. Cummins said this played a “huge part” in his selection.

Australia, who lead the five-match series 2-0, only need to avoid defeat in Melbourne to ensure they retain the Ashes.