Aussies toy with India to turn game into child’s play 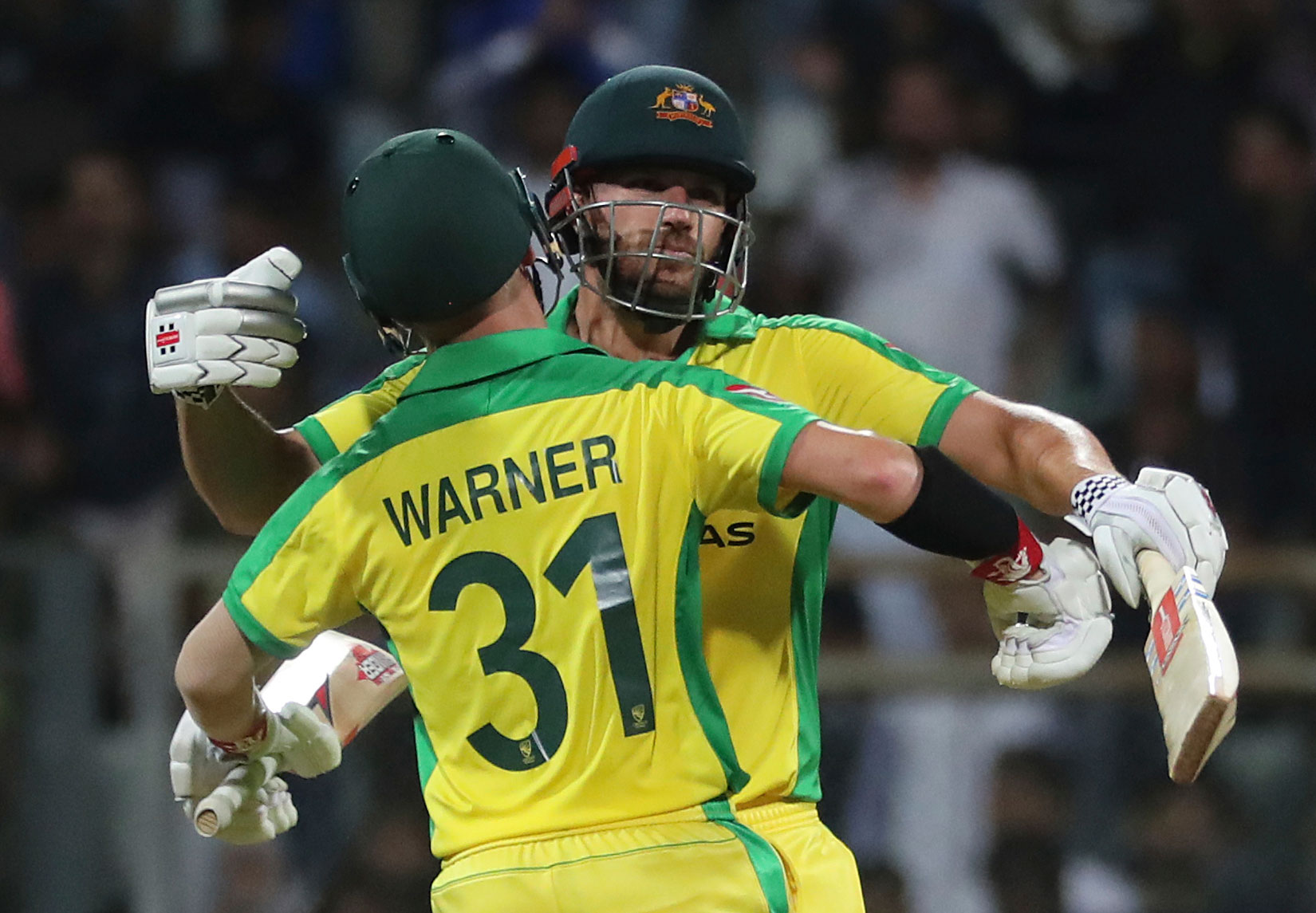 An individual or two can change the complexion of a side and the Australians will vouch for it. The return of David Warner and Steve Smith has done wonders to their fortunes.

The results did take a while but having made their mark in Test cricket at home, they are determined to wrest their supremacy in the shorter version as well.

The nascent steps towards that goal were probably taken at the Wankhede on Tuesday.

In the end, the target of 256 looked too little and the unbroken opening pair could have added another 100, if so was required.

The Australia captain was more elegant at the start, picking at least two boundaries in every over. But Warner soon found his lost touch, accelerated and overtook Finch to complete his century.

The carnage that the India bowlers were subjected to was something rare in recent memory. Jasprit Bumrah looked rusty needing match practice before being thrown into the 50-over fold, Mohammed Shami wasn’t effective and Shardul Thakur wasn’t menacing enough for this format.

The last time India lost by 10 wickets at home was against South Africa in 2005 on a green Eden Gardens wicket.

The character of a team is always revealed in these challenging times. If Virat Kohli’s men can turn around their fortunes in the next two matches in Rajkot and Bangalore, it will go a long way in moulding the fortitude of this young side.

“It was just a bad day. We will need to forget this quickly and learn from the mistakes,” said Shikhar Dhawan.

India’s bowling varied from mediocre levels to being ineffective as the visitors reaped the rewards on a pitch that offered pace and bounce.

But it was the Australian pace trio of Mitchell Starc, Pat Cummins and Kane Richardson that strangulated India. Starc proved his effectiveness in this format with wickets of Rohit Sharma, Shreyas Iyer and Thakur in three different stages to halt their run-making ways.

Cummins dismissed the dangerous Dhawan (74 off 91 balls) and Rishabh Pant to stop any hopes of acceleration.

Starc, who made his ODI debut in October 2010 and hadn’t played an ODI here since, isn’t too familiar with the conditions. He last played the IPL in 2015 and hasn’t been part of the T20I teams too.

But that hardly mattered for a bowler of his craft. He could have been slightly expensive for bowling the fuller lengths, but picked up the wickets with his cutters and pace variations.

Put into bat, none of the Indian batsmen got going except for a brief period when Dhawan and KL Rahul stitched together a 121-run partnership off 136 balls for the second wicket.

Finch’s captaincy too played its part. Cummins was brought in once Virat came in to bat but Adam Zampa capitalised on a change of pace after the India captain hoisted a six off his previous delivery. The leg spinner held on to a brilliant caught and bowled chance that sent their stock soaring. This was the fourth time that Zampa dismissed Virat.

From 134 for one, India lost the next four wickets for 30 runs and the heart of India’s batting had been ripped off. The soft underbelly stood exposed.

It’s not just the No.4 spot that continues to plague Indian cricket. It’s also about the No.6 position.

The imminent retirement of Mahendra Singh Dhoni and the absence of Hardik Pandya have made the lower order over-reliant on the top-order.

Tuesday showed why there’s lot of work to be done ahead of the 2023 World Cup. The last five wickets contributed 91 runs after the top-five had put on 164. If Virat decides to drop down to No.4, Shreyas Iyer or Kedar Jadhav will look to cement their place at subsequent positions.

If Rishabh fails to gain a foothold, Rahul has to double up as a wicketkeeper if India are to play with five bowlers. That will leave only Jadeja as a power-hitter in the lower order.

Those tactics can survive against weaker sides but not against quality teams as Australia showed on Tuesday.