Swede breaks his own pole vault world record with a jump of 6.21 metres 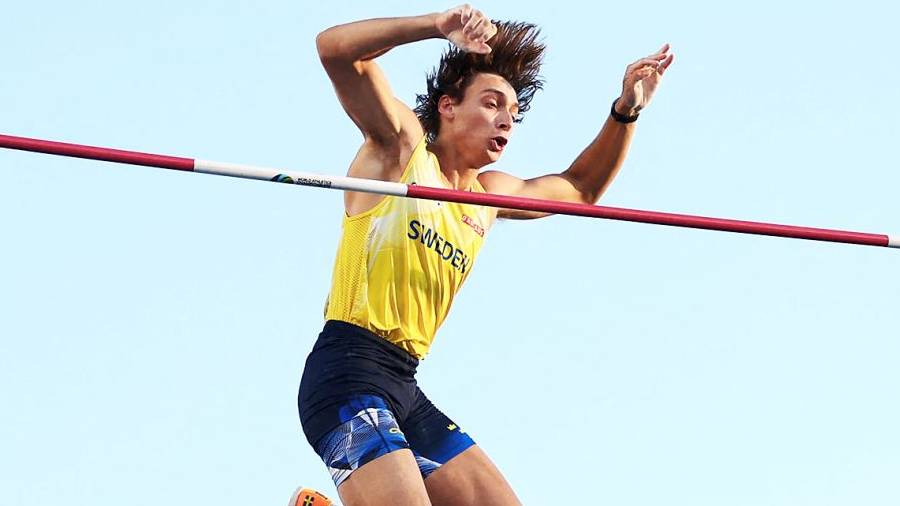 Sweden’s Armand Duplantis broke his own pole vault world record with a jump of 6.21 metres on Sunday on way to winning his first gold medal at the World Championships. The Olympic champion cleared 6.00m to make sure of the title, before he targeted his own record of 6.20m set at the World Indoor Championships in Belgrade earlier this year and improved upon it by one centimetre with his second attempt.

The world title completes the 22-year-old’s collection, making him the first pole vaulter to have won gold at the Olympics, World Championships, World Indoor Championships, World Junior Championships, World Youth Championships and European Championships. “Actually, I did not think about the record that much today,” Duplantis said. “Usually, it is always somewhere in the back of my mind but today (Sunday) I was really focused on the win and I really wanted to win the gold so badly. It was the medal I was missing. “So when I was on this height, it was like everything came together and it happened from there. I love jumping in Eugene and it was amazing here.”

His success marked the first time the record has been set outdoors since the legendary Sergey Bubka cleared 6.14m for the first time in Sestriere, Italy, in 1994. Duplantis took two attempts at 5.87m before clearing 6.00m and 6.06m with ease to edge Dmitri Markov’s Championships mark of 6.05m set in Edmonton in 2001.

He then had the bar raised to 6.21m, falling short on his first attempt but soaring to the world record on the second. It was the third time this year that Duplantis has set a world record and his fifth record-setting jump overall after breaking Frenchman Renaud Lavillenie’s 6.16m world mark with a clearance of 6.17m in February 2020. American Chris Nilsen jumped 5.94m to take silver on countback ahead of the Philippines’ Ernest John Obiena, who won his nation’s first World Championships medal. “This was something I really wanted but I do not know if I was expecting it,” Obiena said. “I definitely did not expect that I would jump that high. And I would not think that it would actually take that high to win a medal.”