Archer fit to swing with pink

Having recovered from the elbow discomfort that ruled him out of the second Test in Chennai, he looks all set to feature in a Day-Night pink-ball Test 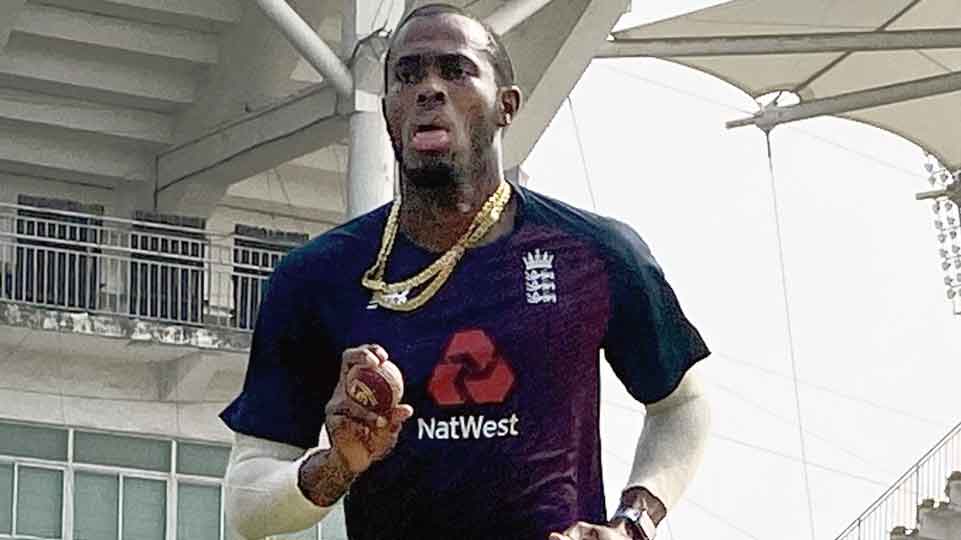 Jofra Archer is fit and fine, having recovered from the elbow discomfort that ruled him out of the second Test in Chennai. But the coming Test at the refurbished Motera Stadium will be a bit of an unknown territory for the speedster as he is yet to feature in a Day-Night pink-ball Test.

That doesn’t trouble him though. “It (pink SG ball) feels like a normal pink ball,” said Archer, who so far had played just two first-class matches with the pink ball.

“I’ve used a pink ball a couple of times and it’s pretty much the same. It scuffs a little bit and is a bit harder to shine, but usually it stays a little bit harder and when the lights come on, it does a little bit more than what it does during the day,” he added.

For Ben Stokes, tackling Ravichandran Ashwin has been one of the toughest tasks, especially in Indian conditions. England batting coach Graham Thorpe reminded the dashing all-rounder of his capabilities with the bat.

“Ben actually has different styles of playing. He can build into an innings as well. I think Ben has that ability to put a bowler on the backfoot, which is something he certainly should not forget,” he said.