Former Juventus, Italy and Chelsea manager was sought by Tottenham as a replacement for Jose Mourinho but for one reason and another a deal was not struck and Spurs hired Nuno Espirito Santo instead 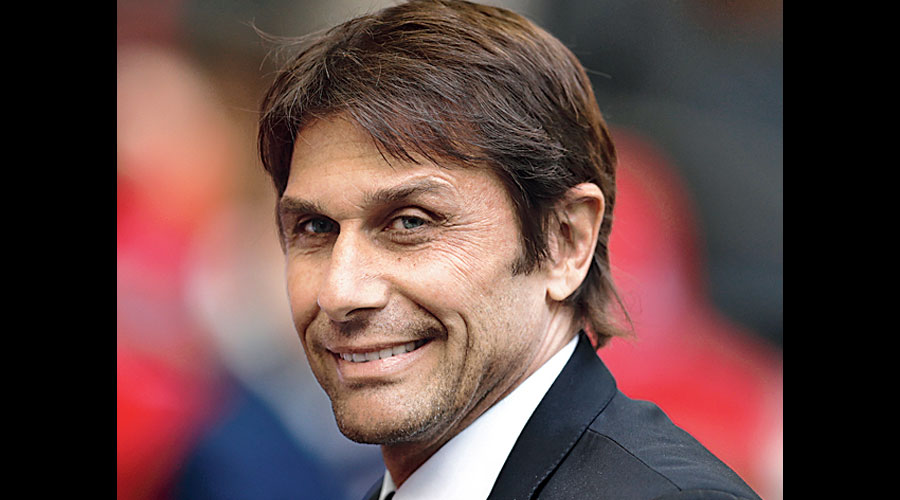 New Tottenham Hotspur manager Antonio Conte has promised fans a team with the “will to fight” for the shirt as he sets about reversing a slump in fortunes for the London club.

Former Juventus, Italy and Chelsea manager Conte was sought by Tottenham in the summer as a replacement for Jose Mourinho but for one reason and another a deal was not struck and Spurs hired Nuno Espirito Santo instead.

That appointment ended abruptly on Monday when the Portuguese was sacked after only 10 Premier League games, the last of which was a 3-0 capitulation to Manchester United at home on Saturday.

Conte, who left Inter Milan at the end of last season after leading them to the Serie A title, said he wants to bring stability to a club that has fallen away drastically since reaching the Champions League final in 2019.

“It’s an honour and a pleasure and for now I want to repay this trust,” the Italian said in his first interview posted on the club’s Twitter feed.

“My philosophy is very simple. To play attractive football and good football for the fans, to have a stable team, not up and down. I think the fans deserve to have a competitive team with a will to fight.

“We will do everything to deserve their support.”

Tottenham represents a new challenge for Conte who won the Premier League title with Chelsea in 2017 and three Serie A titles with Juventus.

His first task will be Thursday’s Europa Conference League home clash against Vitesse Arnhem before a weekend trip to an Everton side who like Tottenham are in a rut.

“I want this new challenge with Tottenham to become an important part of my managerial career,” Conte said.

Explaining why he did not answer Tottenham’s call in the close season, Conte explained: “I had a call from Spurs in the summer and I had just finished with Inter, two seasons, two important seasons, two tough seasons and honestly it wasn’t the right time to start another experience.

“I preferred to wait, to enjoy the time with my family. Emotionally, I was still under the last experience,” he added.

Tottenham have slipped to ninth in the Premier League standings with five wins and five defeats from their opening 10 games.