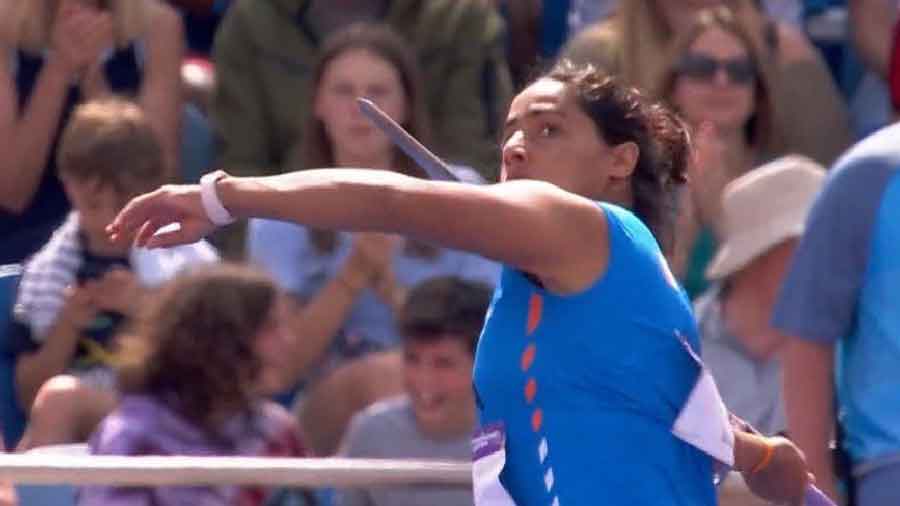 Annu Rani scripted history as she became the first Indian female javelin thrower to win a medal, a bronze, in the Commonwealth Games on the penultimate day here on Sunday.

Rani sent the spear to a distance of 60m in her fourth attempt to finish third.

World champion Kelsey-Lee Barber of Australia stole the gold with a final round throw of 64.43m from compatriot Mackenzie Little (64.27m) who was leading at the end of the penultimate round.

Before Rani, Kashinath Naik and Olympic champion Neeraj Chopra had won a bronze and a gold in the men's javelin throw respectively.

Naik had won the medal at the 2010 Delhi Games while Chopra won the gold in Gold Coast in 2018.