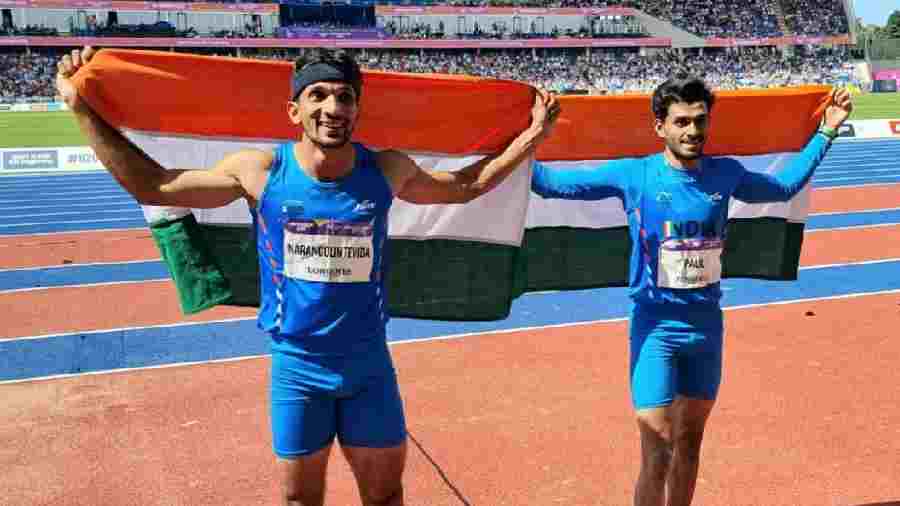 Eldhose Paul led India's historic 1-2 finish in men's triple jump at the Commonwealth Games as he won a rare gold medal in track and field events and was followed by fellow Kerala athlete Abdulla Aboobacker here on Sunday.

Paul produced his best effort of 17.03m in his third attempt while Aboobacker was not behind much as he finished at 17.02m, which he managed in his fifth attempt.

Jah-Nhal Perinchief of Bermuda won the bronze with his best jump of 16.92m.

India has won four triple jump medals in the past editions but this is the first time two athletes from the country have got podium finishes.

Mohinder Singh Gill had won a bronze and a silver in 1970 and 1974 editions while Renjith Maheswary and Arpinder Singh had finished third in 2010 and 2014 editions.