A day after a stunning victory over world No.1 Magnus Carlsen, the 16-year old scored two wins and drew against Nodirbek Abdusattorov on Tuesday 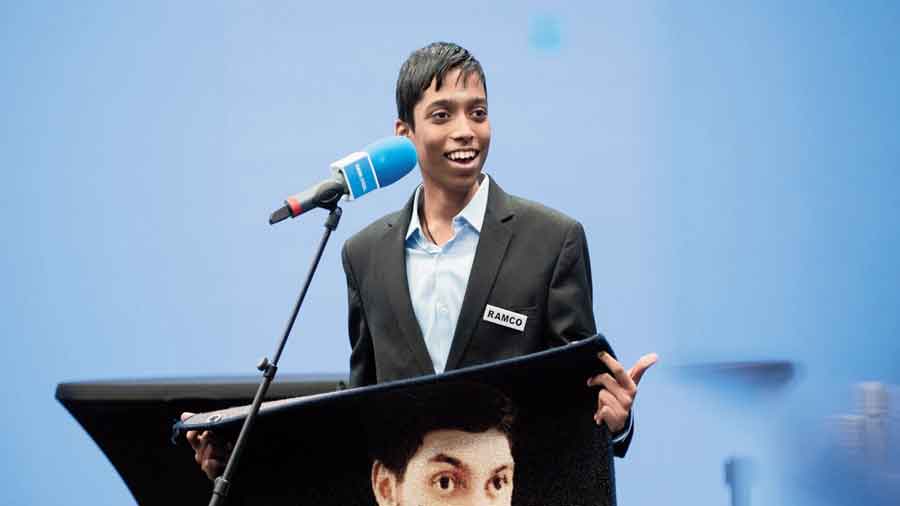 A day after a stunning victory over world No.1 Magnus Carlsen, the 16-year old scored two wins and drew against Nodirbek Abdusattorov early on Tuesday.

He, however, lost to Russian GM Ian Nepomniachtchi in the 11th round. Despite the twin victories and a draw, Praggnanandhaa is in 12th place with 15 points.

He beat the highly-rated Russian Esipenko in 42 moves after having started the day with a draw against Abdusattorov. After going down to Nepomniachtchi, he rallied to beat former women’s world champion Kosteniuk in a 63-move encounter.

Carlsen bounced back from the loss to Praggnanandhaa with wins over Quang Liem Le and Jan Kryzstof Duda but suffered an unexpected reverse against Eric Hansen of Canada in 33 moves. He is in joint second place with 20 points along with Artemiev and Keymer.

It was a hobby acquired from his sister but Praggnanandhaa made chess his life’s calling pretty early on, picking up the nuances of the game at the age of three. His elder sister Vaishali was introduced to it to wean her away from watching too many cartoon shows on TV.

Touted as a future star when he became an International Master at the age of 10 years and nine months in 2016, Praggu, as he is fondly called by his friends and coaches, has made giant strides.

He is only the third Indian after Viswanathan Anand and P Harikrishna to best the Norwegian superstar.