Chaudhary, 19, could not replicate the form he displayed in the qualifications to finish seventh in the men’s 10m air pistol final 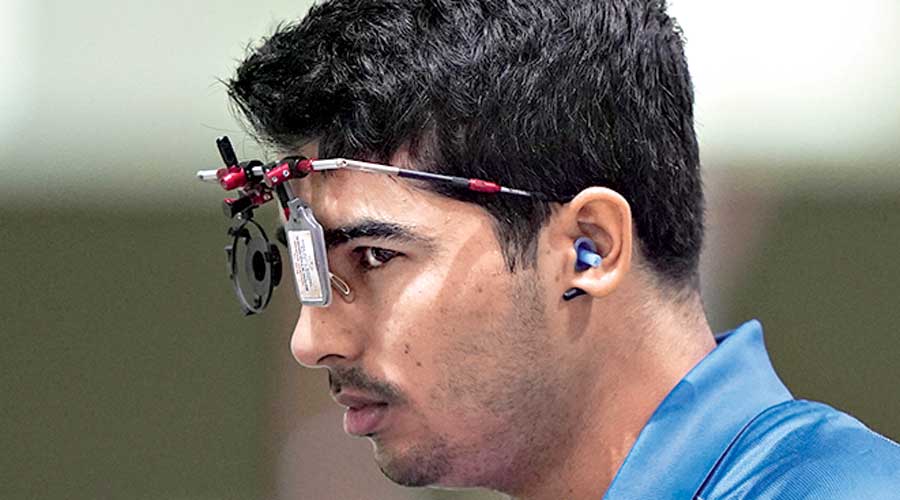 Indian shooters endured multiple heartbreaks on the first day of their competition in the Olympics here on Saturday, with the biggest disappointment being Saurabh Chaudhary’s failure to win a medal after topping the qualifications.

Chaudhary, 19, could not replicate the form he displayed in the qualifications to finish seventh in the men’s 10m air pistol final.

His roommate and friend Abhishek Verma could not make the eight-man final, settling for 17th place with 575 in the event that was considered one of India’s best bets for a podium finish.

Iran’s Javad Foroughi, who entered the Games in red-hot form having won both the World Cups in the lead-up, was crowned the new Olympic champion, finishing with a score of 244.8 in the 24-shot final. Serbian Damir Mikec realised his dream of an Olympic medal in his fourth Games, winning silver with 237.9.

In the women’s 10m air rifle event, first-timer Elavenil Valarivan and Apurvi Chandela, too, failed to qualify for the final, finishing 16th and 36th respectively, at the Akasa Range.

Following his sensational entry into the final, a lot of hope was pinned on Chaudhary. But the script did not pan out the way the country’s shooting team would have wanted it to. The Indian ace shot 137.4 to be eliminated in the seventh place. Chaudhary did not get off to the best of starts and, with a score of 47.7, was placed eighth in the standings after the first five shots. The Asian Games and Youth Olympics gold medallist was positioned sixth after the 12th shot, with a score of 117.2. He managed to survive the first elimination round but could not sustain that for long.

Things were different in the qualifications though, with Chaudhary shooting 586 to finish ahead of a world-class field, thanks to a perfect 100 in the fourth series after back-to-back 98.