The Slavia is Skoda’s latest contender in the sedan market 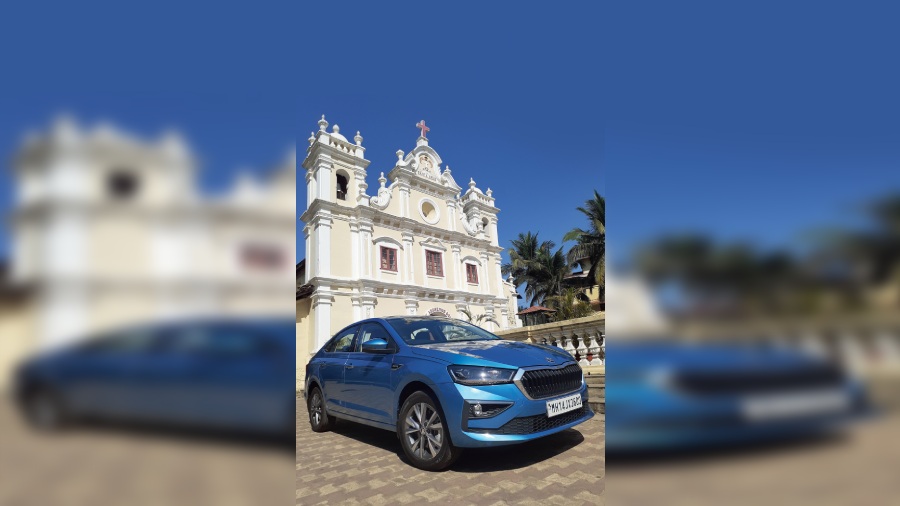 Car buyers, at least the bulk of them across the globe, seem to be sold on the view that the only vehicles worth buying are SUVs, or something that broadly looks like it irrespective of whether it lives up to its sport-utility promise at any level. India is no exception and even the smallest hatchbacks — that’s another segment of vehicles that are popular — are beginning to look like baby SUVs. That Skoda has landed the Slavia midsize sedan in the Indian market in the middle of this trend, particularly when it has the Kushaq crossover/SUV at a similar price point, is a rather interesting proposition in itself.

For one, it needed a replacement for the outgoing Rapid sedan. Not having a vehicle in that space may not have been a wisest thing to do considering that the Maruti Suzuki Ciaz, the Honda City and the Hyundai Verna are still in that segment and selling in fairly decent numbers. Another reason is that right now Skoda is absent from the hatchback market as well. So not giving buyers an option of picking up anything other than an SUV to start off with may not have been warranted.

Interestingly enough, though, the Slavia and the Kushaq are significantly similar to each other considering that they have been spawned off the same vehicle platform and share much more than one probably expects. Which brings about some interesting features.
Skoda invited us to drive the Slavia in Goa a couple of weeks back. We got a crack at two variants, both the top ‘Style’ trim. One a 1.5-litre turbo petrol with manual transmission and the other a 1-litre turbo petrol paired to a 6-speed torque convertor automatic transmission. Here are our impressions.

One of the strong points of Skoda is that it is extremely adept at creating vehicles that are high on the visual appeal quotient. And it is no different for the Slavia. The hexagonal grille has a chrome surround and is quite attention grabbing. Then there are the headlamps with what the company calls ‘Crystalline LEDs’ that have a cross-hatching of lines that gives it a very contemporay touch. Skoda has used cuts and creases quite smartly and those on the bonnet and the flanks are reminiscent of past models and maintain the design continuity even as the look evolves. Overall, front on, the Slavia is bold and planted. It looks broad and Skoda says it is the broadest car in its class, with interior room to match.

Skoda has typically aced in the looks department and the Slavia is no exception. It has got smart, even upmarket looks and makes clever use of the cuts and creases to hide bulk

Down the flanks the creases, the kink in the window shape, and overall look is smart and very typical of the Audi-Volkswagen-Skoda family of cars — smart and unfussy with cuts breaking up the slabbiness of the sides. The Skoda badging on the front fender is neat. Round to the back, the tail light design is smart and edgy and there is an overall tidiness to the rear end. A black strip across the bumper cleverly breaks the visual bulk. Oh, and there is a chrome strip that goes just below the glass area and ends behind the rear quarter glass that looks great.

There is a smartness about the interiors of the Slavia that is quite appealing. The whole sense of visual balance is easy to live with. There is a sense of quality all around. The top trim versions that we were driving came with things like ventilated seats and the like. The steering is a two-spoke one instead of the three-spoke variety that we are typically used to seeing in most cars these days. But it does look quite good. Getting in is easy and once in the driver’s seat everything pretty much falls neatly to hand. We particularly liked the design of the dash and the fact that the touchscreen entertainment system did not stick out of it, something that is done ostensibly to reduce the time the driver has to get his eyes off the road to read it. But we had no problem with this one and liked the fact that it looks much cleaner. The instrumentation is an all digital affair and even in the dial display option there is no faux needle pointer being used.

The interior is well laid out, neat and the ergonomics are spot on — and nothing looks like it was stuck on as an afterthought; The instrument cluster is an all-digital affair; The boot has a generous 500-litres plus of space and the sub-woofer is tucked neatly into the spare wheel

In terms of space, there is a fair bit to go around. The rear seats in this car are almost as good as the front seats. The long wheelbase has been used well to create a good amount of legroom and with the flat floor even the middle passenger should not have a problem. With the arm rest down, it’s even more comfortable. This is where one can do long journeys without getting tired, probably — we did not have that much time with the car to find out. The Style version we drove came with  a sunroof. One thing in this car is that the rear seats can be flipped down and a 1,000-litre-plus luggage carrying space can be created if necessary to carry more than the 521 litres the boot takes.

The version we had a go at was the 1.5-litre, 150ps manual. As we let the clutch out it showed an eagerness to surge ahead and we had to be a wee bit careful with the accelerator to make sure we didn’t do anything silly. The manual gearbox was smooth and good fun to play around with, slotting in with precision. On the twisty roads of south Goa, it was a very enjoyable drive with the car flowing nicely into and out of the bends at middling speeds. And although we weren’t going terribly fast, we were having fun. And then we came up to a road that went uphill. That was the funnest stretch that we drove in this one. The car sits higher off the ground than others but that doesn’t hamper its ability to go around bends. We went up and down this stretch a few times because it was good wholesome fun.

The surprise package, though, was the 1-litre TSI with the six-speed torque convertor automatic. Now while on paper there was plenty power at the peak, we were a little iffy how it would handle the lower speeds and whether the automatic will be able to deal with it. Now that we have driven it, it would not be as easy for us to discount it at the fun-to-drive stakes. This engine gearbox combo is a pretty potent one and while it does get a shade noisy when pushed to its redline or close to it, it works very well indeed in day-to-day situations and even indulges the driver if he wants.

The ride is plenty sorted and car deals with broken stretches and undulations very well. While this is a sedan, as mentioned earlier it rides higher than most. And while it isn’t as high as an SUV, the feeling in the driver’s seat is a pretty good one as is the view out. Also good is the way it deals with those crazy speedbreakers that are strewn about all over the country, especially in smaller towns on highways that go through them. That’s probably a good thing that has come out of sharing a platform with an SUV.

Horses are for courses and there is no one-size-fits-all solution when it comes to cars. That is true of the Slavia as well. If one is in the market for a personal vehicle that is enjoyable to drive as well as travel in, is well loaded with safety equipment active and passive and fairly fuel efficient, then the Slavia should certainly be considered. It is a particularly good option for someone not looking for a crossover SUV but is still a little worried about scraping the bottom of his car on bad roads or getting stuck in them. While this will not work exactly like an SUV, it would be safe to put it somewhere between the other sedans and the smaller SUVS.

In terms of price, it is competitive for its segment. So, in the final analysis, for those looking for a midsize sedan or undecided between those and an SUVs, this certainly warrants to be in the consideration set.

THE SLAVIA IN NUMBERS