Advertisement
Home / Science-tech / A suit for the moon

A suit for the moon

The new spacesuits will offer improvements over existing models, including greater comfort and movement 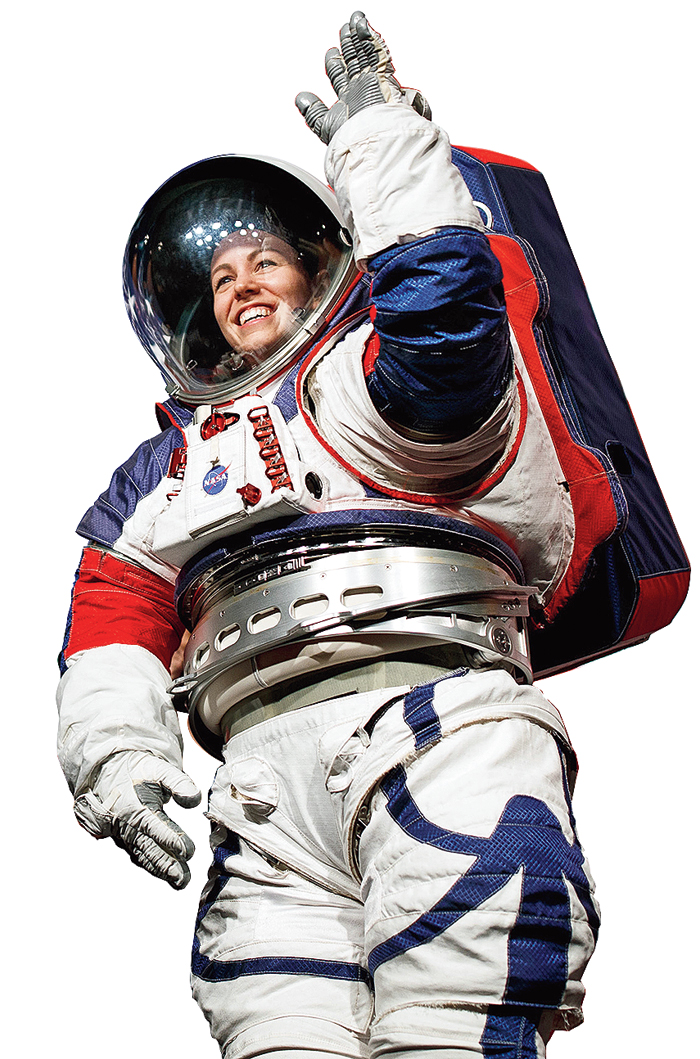 The new spacesuits will offer improvements over existing models, including greater comfort and movement. And as US space agency races to meet the Trump administration’s 2024 target for returning to the moon, it needs to make sure that astronauts have the technological capability to safely set foot on the surface, which no human has done since 1972.

One spacesuit, with a bright red, white and blue pattern, is called the exploration extravehicular mobility unit. That is what astronauts will wear as they explore the moon’s surface.

The moon suit provides additional mobility for an astronaut, making it easier to walk, bend and twist.

Astronauts will be able to reach across the suit and lift their arms above their heads.

The suits are designed to work in temperatures ranging from 250° Fahrenheit down to minus 250°F (approximately 121° Celsius to minus 156°C) and potentially even colder places around the lunar south pole, where Nasa is aiming to send astronauts.

The other suit, in a bright orange fabric, is to be worn by astronauts during launch and reentry back to Earth while they are sitting inside the Orion crew capsule, the spacecraft for deep-space travel that Nasa has been working on for 15 years. The suit provides protection and oxygen to the astronauts in case of an accident that causes the capsule to be become depressurised. It is designed to keep astronauts alive for six days.

Nasa’s new suits will be made in a wider range of sizes than had been previously available. In March last year, a spacewalk that was to be the first conducted by two women, Christina Koch and Anne McClain, had to substitute a male astronaut, Nick Hague, because the space station did not spacesuits to fit both women.

When the Trump administration announced its intent to send astronauts back to the moon by 2024, Nasa was missing a few crucial pieces for the mission. In addition to updated spacesuits, the agency does not currently have a spacecraft capable of landing on the moon.

Nasa officials have insisted the spacesuits would be ready by 2024. That would avert the possibility of American astronauts landing on the moon and having to just look out the windows because they did not have the garments to wear to step outside.

You have inspired us: Nasa to Isro