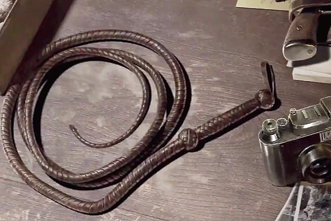 Indiana Jones video games are nothing new but each time a new title appears, we go: “Snakes. Why did it have to be snakes?” MachineGames and Bethesda are partnering with Lucasfilm Games on a standalone Indiana Jones game, to be executive produced by Bethesda Game Studios director Todd Howard.

Though there are no details out there, it’s supposed to be “set at the height of the career of the famed adventurer”. The teaser video hints that the game will take place in Rome. Bethesda tweeted to say “It’ll be some time before we have more to reveal.”

With Bethesda being picked up by Microsoft, it’s not clear if this will be an Xbox exclusive. Lucasfilm Games has been announced as a returning brand, which will seemingly cover games made by multiple developers “in the Star Wars galaxy and beyond”.