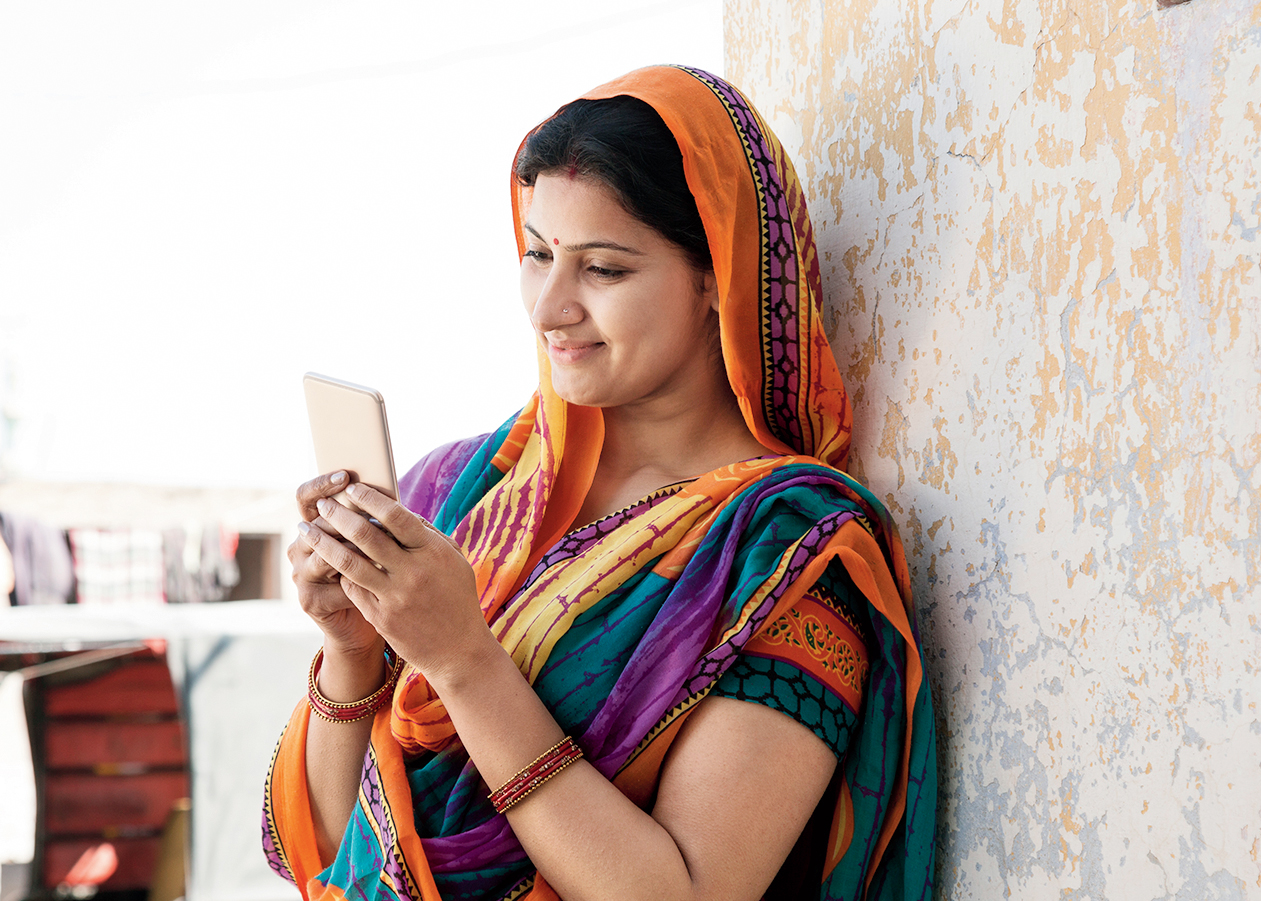 The goal is to provide digital literacy to women across 300,000 villages by creating women change agents in villages who will become role models for other women to follow.
Picture: iStock
Mathures Paul   |   Published 14.05.19, 07:40 PM

One of Google India’s biggest successes has been its Internet Saathi programme, which it had started in 2015 in partnership with Tata Trust. “Till now over 58,000 Internet Saathis have worked across 208K villages in 18 Indian states. The programme has already benefited over 22 million women and I am happy to share that the female to male ratio of Internet users in rural India has gone up from one in 10 in 2015 to three in 10 in 2017,” Neha Barjatya, chief Internet Saathi, Google India, tells t2.

What has the programme achieved in the last five years and how does it fit into Google’s ‘next billion users’ initiative? Read on.

What was the target and objective you had in mind when the pilot project took off in 2015 and how far have you exceeded it?

Even as India has taken the lead to become the fastest growing Internet user market in the world, India’s Internet is still dominated by male users. When we started Internet Saathi in 2015, the situation was much worse in rural India where only one in 10 Internet user was a woman in 2015.

While access to a smartphone and knowledge of the Internet prevented women from using the Internet, we also faced issues of mindset barriers such as women not being allowed to use the Internet as it was perceived to be a negative influence for them.

To overcome the barriers that prevent women from getting online, we launched the Internet Saathi programme in partnership with Tata Trusts. Our goal is to provide digital literacy to women across 300,000 villages by creating women change agents in villages who will become role models for other women to follow. Using the train-the-trainer model, we train and equip women from within the villages with smartphones and tablets and these women further go on to teach other women in their own and nearby villages on basics of Internet usage and how one can benefit from it. Till now over 58,000 Internet Saathis have worked across 208K villages in 18 Indian states. The programme has already benefited over 22 million women and I am happy to share that the female to male ratio of Internet users in rural India has gone up from one in 10 in 2015 to three in 10 in 2017.

Since there are more male Internet users, what would you say have been the big challenges in promoting the Saathi programme?

One of the key barriers for low adoption of Internet amongst women in rural India is the lack of awareness about the Internet and the belief that technology is not meant for them. Many times, even when the men in the family have mobile phones or other devices, they do not encourage or permit the women to use them. From time to time, Internet Saathis face such situations where women are not allowed to learn about the Internet. But by showcasing relevant and immediate use cases of how the Internet can help women and their community improve their daily lives, they gain acceptance from the community. With time, we have seen a drastic shift in both perception and belief among men and women with Internet being considered a wasteful medium to one that serves as a way to progress and solve issues.

What are the issues women want to discuss now vis-a-vis when the programme was just introduced?

Thousands of Saathis have gone on to do amazing things, contributing to improving the lives of the entire community in their villages. Their needs and usage of the Internet has been very different from the usage patterns we see in urban India. From getting access to information for their daily needs, like the weather, government policies, health, education and farming to finding different ways of upskilling themselves by learning more about stitching, designing and craft. Now, over the course of several years, we see many women use their Internet knowledge either to become a budding entrepreneur across areas, such as beekeeping and honey collection, mushroom farming, manufacturing sanitary pads and selling homemade food items, handicrafts and much more. A lot of them are also creating awareness around critical issues such as prevention of child marriage, menstrual hygiene, best farming practices and importance of girl-child education.

How does the programme integrate with Google’s ‘next billion users’ objective?

Our mission in India is ‘Internet for everyone’. Solving for the next billion users who’re not online, we have identified several need gaps and have systematically launched initiatives to address them - whether it’s in the area of improving access to high speed broadband, improving adoption of internet amongst women in rural India, improving the local language web or investing in overcoming the huge skill gap by training two million mobile developers. Towards this, Internet Saathi is a critical programme with an aim to bridge the digital gender divide in India.

How big is the Internet Saathi programme in Bengal?

In Bengal, over 2,400 Saathis have already been trained, benefiting over 985K women in 9,500 plus villages. In future, starting June 2019, around 3,000 more Saathis will be trained under the programme, covering 10K plus villages.

Aparna Bankar has always been keen about working around issues related to women’s health. Her research over the Internet helped her start making sanitary napkins. She uses YouTube videos to educate women around menstrual hygiene and has given free samples to ‘new users’ to help promote adoption. She has used her work as an Internet Saathi trainer to understand social and mental barriers that hold back some women from using sanitary napkins and is actively trying to address them. She has trained 700 women on Internet literacy.