Why to look forward to the new 'lite' phone from Samsung 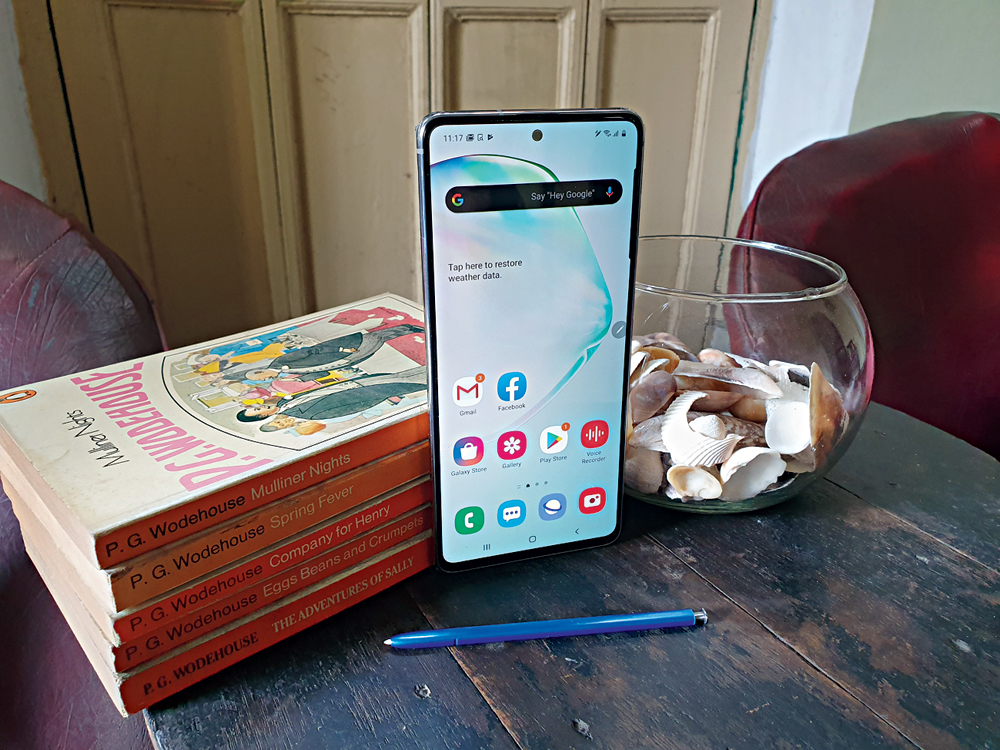 Samsung Galaxy Note10 Lite allows the flexibility of the more powerful Note10, even though the specs are different
Picture: The Telegraph
Mathures Paul   |   Published 04.02.20, 07:16 PM

The word “lite” has been the doing rounds in the media for the past two decades and now it has taken over the smartphone world with Samsung launching the Galaxy Note10 Lite. But to appreciate the device (and the term), let’s step back in time.

John Murphy, the former president of Miller Brewing, took a business trip to Germany with George Weissman, the chairman of Philip Morris. This was around 1972. Here’s how the story goes. Weissman, who was trying to keep his calorie intake in check, visited a restaurant where both were offered diet beer. After a couple of sips, Murphy, who was of Irish descent, told Weissman: “There’s room for something like this in America.” It marked the boom of a new market segment and, more importantly, the word went beyond the connotation of being unsubstantial. There was “lite” beer before this but Murphy gave it the big push.

When Samsung decided to launch a “lite” version of the powerful Note10 (and also Galaxy S10), some called it watering down of flagship devices, being boring and — worst of all — directionless. It reminds one so much of the unjustified criticism the iPhone XR faced in 2018, until, of course, the phone became a bestseller, breaking sales records. Give it a couple of months, the Lite versions of the new Samsung phones will achieve great heights.

Is Lite for you?

That is the big question. Without mincing words, the full-version of Galaxy Note10 is out of reach for many people and many who like to change devices every year would like something that’s sweetly priced. Yes, the elder brother of Lite is Thor but the younger one has been given enough protein shakes to keep things pumped up.

What matters most is striking a balance between a flagship device and a mid-level premium device. If I were to choose between a OnePlus device or the Note10 Lite, the answer is, “The latter.” Simply because the Lite version is a part of the flagship Note series with that one thing others don’t offer — the S Pen.

It’s been said that if you want to change the world, pick up a pen and write. Well, with a digital pen that may sound a bit too dramatic but once hooked to the S Pen, chances are that the habit would grow on you. You can take notes easily, take selfies with a click, edit videos more precisely or simply doodle. It is that one tool missing in other phones.

On the camera front, there are separate camera sensors — main, telephoto and ultrawide-angle lenses at 12MP each, which is very different from what we find on the Galaxy S10 Lite. More of that in the review of the other Lite phone in the coming days.

If all the bang-for-bucks are present on the Lite, then what’s missing? A few sacrifices have been made. It has a metal chassis but a shiny plastic back, which doesn’t look very plastic-y from a distance. But yes, it can be a magnet for fingerprints. On a closer look, there is a nice dual-tone effect.

The 6.7-inch super AMOLED (instead of dynamic AMOLED on the Note10) Infinity-O 2400×1080 display with a 20:9 aspect ratio is perfect for a cinematic experience. And on a happier note, the 3.5mm jack is present on the Note10 Lite.

The bigger sacrifice is under the hood — an Exynos 9810, which is slightly old but no doubt a very capable processor, one that wouldn’t affect day-to-day working or even gaming for that matter. Even though I use a phone with the latest processor, there were no hang-ups using the Lite for everyday activities.

If introducing millennials to the power of Note devices is Samsung’s goal, then the Lite version is perfect. The device shares the same industry-leading photo and video features found on the company’s more muscular devices. It even offers the same day-to-day experience one expects from a more powerful processor. What we really like is that the Lite comes with Android 10 and One UI 2.0 out of the box. And the 4,500mAh battery easily lasts a day with normal use. Yes, we would have liked a 48MP main camera and better placement of the physical buttons but the Lite version is nothing less than a flagship device for a person on a limited budget. The Galaxy Note10 Lite is cheaper, cheerful and creative indeed.

S Pen: Whether it’s an inspiring sketch or a timely written note, the S Pen lets you be more creative and productive than ever before. The Bluetooth enabled unibody S Pen with a 0.7mm tip and 4,096 pressure levels is as precise and smooth as putting pen to paper.

Steady video: The camera predicts movement by pulling from a library of over a million frames, reducing vibrations in your videos.

Memory: 6/8GB RAM with 128GB internal storage (expandable up to one TB)