Advertisement
Home / Science-tech / Eureka! Why your best ideas come to you in the shower or on a walk

Eureka! Why your best ideas come to you in the shower or on a walk 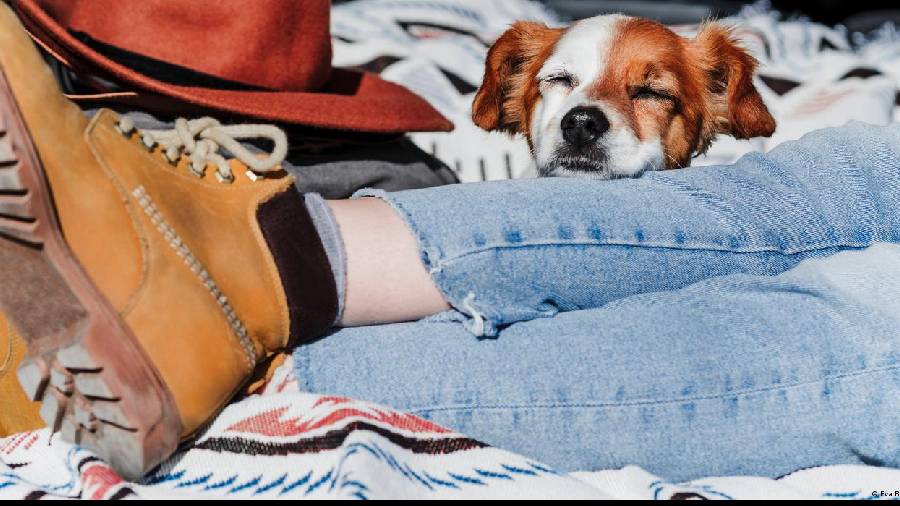 But it's not just lounging around and dozing that sparks new ideas. Walking and traveling also feature heavily as times when epiphanies strike
Deutsche Welle
Deutsche Welle   |   Published 22.10.22, 10:40 AM

The story goes that Greek mathematician Archimedes was in the bath when he had his epiphany about the theory of buoyancy.

Presumably it was something about watching his own body bob about in the water that triggered the idea that the weight of an object can be determined by measuring the amount of water it displaces.

ʺEureka, Eureka!ʺ he supposedly cried, before jumping out of the bath to run naked through the streets of Syracuse.

Archimedes yelled Eureka! when he had an epiphany about the laws of buoyancy in his bath
Deutsche Welle

Streaking aside, epiphanies have been the spark of many scientific discoveries over the ages. Perhaps most famous is Sir Isaac Newton figuring out the law of gravity after an apple fell on his head while he sat relaxing under a tree.

Dreams have also been the breeding ground of epiphanies about scientific discoveries from time to time. After three days of intense thought, Dmitri Mendeleev came up with the idea of a periodic table while dreaming. And August Kekule figured out the chemical structure of Benzene while dreaming of a snake eating its own tail.

But it's not just lounging around and dozing that sparks new ideas. Walking and traveling also feature heavily as times when epiphanies strike.

"A storm broke loose" in the mind of Albert Einstein while on a streetcar in Bern, Switzerland, in 1905, leading him to the theory of relativity. Some 18 years later, the idea of nuclear chain reactions — and by extension, the atomic bomb — came to Leo Szilard while he waited at a traffic light in London.

What is it about relaxing that cause epiphanies to happen? What's most apparent about these discoveries is that they all took place while the scientists weren't actually at work.

According to psychology theories, the mind needs periods of relaxation to allow creativity to flow.

But of course it's not as simple as taking a walk to make the discovery of the century. There's another major factor at play here: hard work and deep thought.

All the epiphanies mentioned came after lengthy periods of intense work on the subject. Archimedes had been wracking his brain for days to figure out how to calculate the amount of gold in Heiro's crown. Meanwhile, Kekule was napping at his work desk after a particularly strenuous day when he dreamt of the Benzene structure as ouroboros.

There is no secret formula to inducing epiphanies (that we know of), but the combination of hard work and hard relaxing seem to be a running theme.

Research suggests it's not all methods of relaxation that are cooking pots for ideas, though.

According to a study from 2022, the best tasks for sparking new ideas are ʺmindlessʺ tasks that are engaging but not boring — things like walking, showering or knitting, as opposed to watching a boring video or doomscrolling on social media.

Experts say that the repetitive movements of tasks help the mind to wander and create free connections between ideas. It's the same for walking, which Aristotle, William Wordsworth and Friedrich Nietzsche all said was their best time for thinking.

Newton's mind was wandering while he chilled under a tree in Cambridge — an apple hit him on the head, sparking ideas about the laws of gravity
Deutsche Welle

The psychology behind epiphanies

Epiphanies aren't just about scientific discoveries. We all have lightbulb moments and ideas about our own lives from time to time, and they happen in much the same way as these great thinkers'.

We may be in the supermarket or in the shower, then bam! A realization comes from within and grips us with a change.

It's psychologists like Carl G. Jung who have an explanation here. Jung described epiphanies in terms of the unconscious and the conscious communicating.

The phenomena are unplanned, unscripted; they just appear. What's more, they appear without our control.

While we cannot will epiphanies to happen, one of the fundamental goals of psychotherapy is to learn to allow the unconscious mind to break through into conscious thought. According to Jung, that means releasing the control of our ego on our unconscious.

Whatever the reason, the combination of intense thought followed by relaxation may well be the best way to get in touch with your unconscious ― or even make the next big breakthrough in science.