A tab that doubles as a car stereo

The customisation features are limited unless you have an iPhone 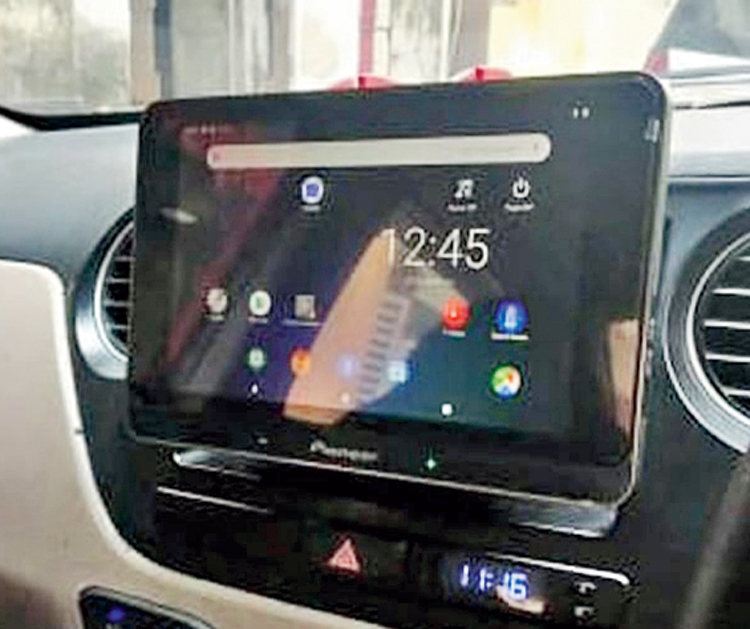 The 8-inch touchscreen tab can be operated irrespective of whether you are in the front or back seat
Sourced by The Telegraph
Swachchhasila Basu   |     |   Published 29.03.20, 02:20 PM

The hunt for a new audio system for my 14-year-old car had me flummoxed. I had no idea of the number of decisions one needs to take — whether one simply wants to play music or also other media, if one wants really powerful bass and so on, not forgetting the system’s compatibility with the car.

Finally, I settled for Pioneer India’s combo set of SPH-T20BT and SDA-835TAB. The latter is a detachable receiver-cum-tablet. The 8-inch touchscreen tab can be operated irrespective of whether you are in the front or back seat. The tab is compatible with music files and smartphones. So you can connect your phone, even iPhone, with built-in Bluetooth or connect your pendrive to the USB port and will have a world of infotainment in your hands.

Two tweeters — tiny speakers, about the size of a door knob — are mounted on the dashboard at the corners. Two more speakers are mounted on the front doors but there are none at the back. That does not, however, impair the listening experience. Connect your Bluetooth with the tab and you’re set to take calls from the tab even as the music plays on. The touch interface allows a smooth transition from navigation to music to the phone. The only thing I had a problem with is the fact that the small mic attached to the right of the windscreen, above the driver’s seat. This means if you are not driving — and I don’t — you cannot take your calls on the system.

The first evening after the music system was installed, I unmindfully stepped out of the car and towards my house with the tab in my hands. The gentleman at the steering wheel was none too pleased but it was the melting of his frown into a smile that made my day. The FM/AM radio continued uninterrupted and he found that he could turn the volume to full blast (something I do not allow) with the physical volume buttons on the tablet mount cradle.

I have to concede that the sound emanating from the car probably made a neighbour go green with envy. He is a regular offender in the matter of sound pollution — he labours under the belief that his home music system is actually a community one.

Another fact worth mentioning is that the tab sits snugly in the cradle, which is attached to the stereo receiver or head unit. The manual says the tab is heat and vibration resistant but I was sceptical. Dug-up tram lines and Calcutta’s famed potholes, however, could not budge it. Neither did the rough rides affect the music.

Verdict: The USB port takes away from the cordless experience. The customisation features are limited unless you have an iPhone. The look is smart, though the tab cradle does jut out. The high-quality acoustics and AV are worth every rupee you pay.

XAV-AX5000: This Sony car stereo comes with an Android Auto supported AV receiver, a 6.95-inch touchscreen and smartphone integration; can be connected to your phone via both Android Auto and Apple CarPlay. Get directions, sort playlists and make phone calls. It organises useful information in simple cards that appear when needed — for directions, music, messaging and more. 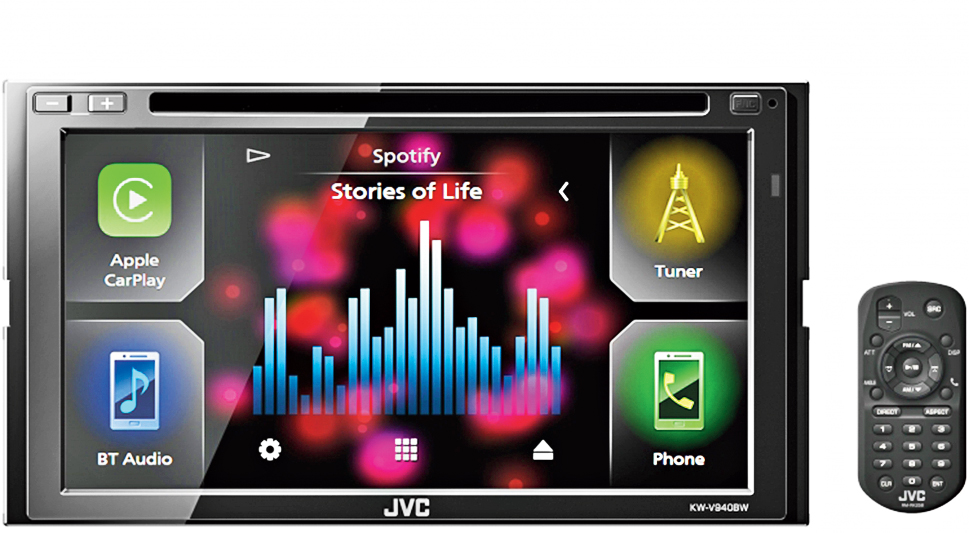 The KW-V940BWM
(Sourced by The Telegraph)

KW-V940BWM: You can interface your smartphone with your car, and enjoy your favourite apps and view content on a big screen, enriching your driving experience as well as the ride for your companions.