Advertisement
Home / Opinion / Wonder women in the world of men

Wonder women in the world of men

In spite of being an able ruler, the queen Rudramadevi is referred to as a man — ‘Rudradeva Maharaj’ — in inscriptions 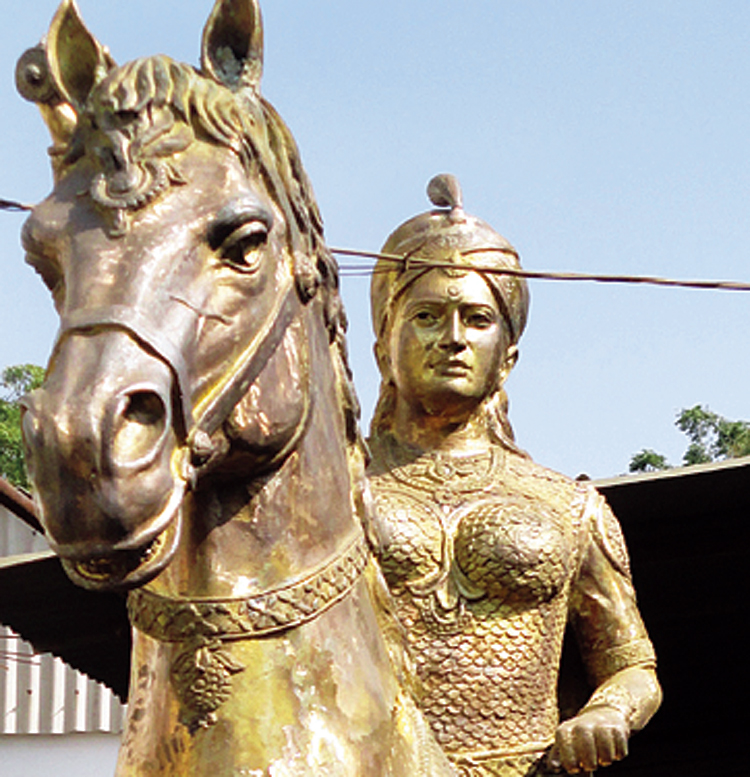 According to the 'Oxford Encyclopedia of Women in World History', Rudramadevi was often represented in public as a male figure in order to make female rule palatable
(Wikimedia)
Prakhar Singh   |     |   Published 10.10.19, 07:23 PM

The scintillating fictional world created by J.K. Rowling in the acclaimed Harry Potter series came to light in 1997. After being rejected 12 times, a publishing house agreed to accept Rowling’s manuscript under the condition that she was to publish it only with her initials, J.K. In an interview, Rowling disclosed that “publishers were basically trying to ‘disguise’ the fact that she was a woman simply because her book ‘might appeal’ to all genders.”

Indian women writers, queens and sultanas have had to, much like Rowling, conceal their true identity for centuries. The ruler of the Kakatiya dynasty of Warangal in South India, Ganapatideva, had given the throne to his daughter, Rudramadevi, in the absence of a male heir. The queen ruled valiantly from 1262-1295 CE. She managed the kingdom deftly during turbulent times, facing incessant attacks from the Gajapati king of Orissa, the Seuna king, Mahadeva, and from the Pandyas. In his book, A Comprehensive History of India (Vol. IV), R.S. Sharma mentions Rudramadevi’s triumphant fight for 15 days and the destruction of three lakh Seuna cavalry.

In spite of being an able ruler, the queen is mentioned as a man — ‘Rudradeva Maharaj’ — in inscriptions. The writings suggest that she was even attired in male garments. The Oxford Encyclopedia of Women in World History argues that Rudramadevi was often represented in public as a male figure in order to make female rule palatable. She typically called herself a king, used a male variant of her personal name, and bore the martial epithets associated with the Kakatiya patrilineage.

The thirteenth century was witness to another legendary queen, Razia Sultan, the daughter of Shams ud-Din Iltutmish, who had ascended the throne of the Delhi sultanate in 1236 CE. Her reign lasted for four years in a world dominated by men. Yet, at a time when the system of purdah was prevalent, Razia found this arrangement obstructive, discarded her female attire and appeared in the qaba and the kulah that were elements in the dresses worn by men, writes Mohammad Habib in A Comprehensive History of India (Vol. V). Minhaj-i Siraj, a contemporary chronicler, used the title, sultan, instead of sultana for Razia.

In her veiled, Islamic world, Razia manoeuvred through patriarchy which tried to subdue her rule by casting aspersions on her character. Among other failures, including her belligerence towards Turkish nobles, Razia’s fall is attributed to her gender. Minhaj-i Siraj writes that “She was endowed with all the admirable attributes and qualifications necessary for Kings. But her sex was her greatest disqualification.”

Muddling through the vicissitudes of history of more than 800 years, from Razia and Rudramadevi to Rowling, the unremitting quest of women to vest themselves with virile traits, their yearning to be projected as men — either willingly or forcefully — is reflective of a larger contradiction: modernity’s stubborn refusal to shed its medieval garb.

Rowling and her sisters have thus exposed, yet again, modernity’s infidelity towards the principles of equality and justice.

Leading with courage and vulnerability: lessons from history

6 Indian women who made history