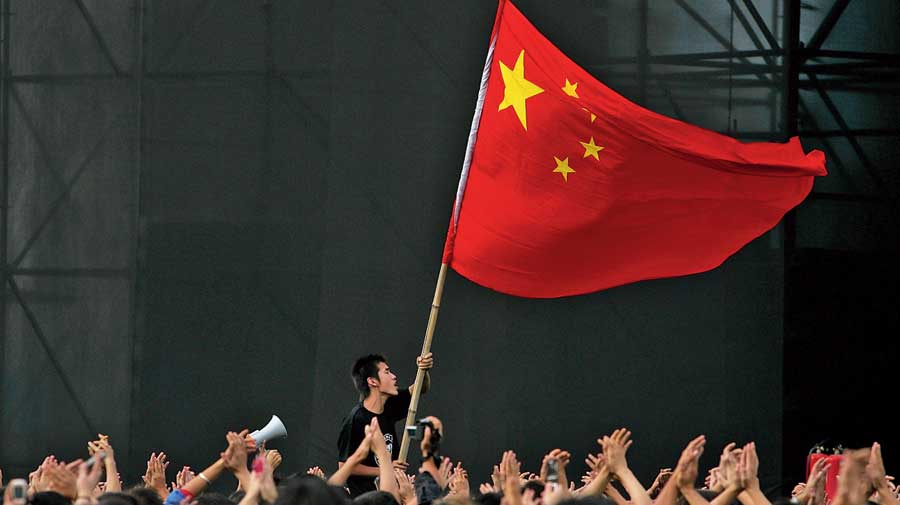 In 1962, the same year as the Sino-Indian war, Chalmers A. Johnson, an American scholar, wrote a great book — Peasant Nationalism and Communist Power: The Emergence of Revolutionary China 1937-1945. The book set the agenda for Chinese studies for a decade and more and its central argument was succinctly summarized in its preface: “The object of this study is to establish a basis upon which contemporary Communism in China may be understood as a particularly virulent form of nationalism.”

Johnson’s insight is a useful corrective to the current Western view, which maintains that Xi Jinping broke with his predecessors to lead China in a belligerently nationalistic direction. The Western narrative, which saw the path charted by Deng Xiaoping and his successors as a non-ideological pragmatism destined to assimilate China into a world order defined by the World Bank and the World Trade Organization, was based on a simple misreading of Deng’s policy choices. For China’s leadership, communism and capitalism weren’t ideological choices; they were alternative means to a single ideological end: the restoration of Chinese supremacy.

The ‘virulence’ that Johnson wrote about sixty years ago has been on display in recent times. China’s ‘Wolf Warrior’ diplomacy has flabbergasted its critics in Western foreign policy establishments. The Chinese ambassador to France, Lu Shaye, has described French critics of Chinese policy in Xinjiang and Taiwan as “mad dogs”, “crazed hyenas” and “ideological trolls”. Summoned by France’s foreign ministry for his comments, Lu Shaye didn’t turn up, saying he had a “scheduling conflict”.

It’s useful to remember that Lu Shaye’s previous posting was as ambassador to Canada when Meng Wanzhou, the daughter of Huawei’s founder, was arrested in Canada at the behest of the United States of America. Lu Shaye had then achieved notoriety by accusing Canada of “Western egotism” and “white supremacy” for its extradition proceedings against Meng.

Lu Shaye isn’t the only Chinese diplomat on a roll. The Chinese consul-general in Rio de Janeiro chose to address the prime minister of Canada, Justin Trudeau, in this way: “Boy, your greatest achievement is to have ruined the friendly relations between China and Canada, and have turned Canada into a running dog of the US.” Addressing a head of government as “boy’ isn’t normal, and the Western response to Wolf Warrior diplomacy is to see it as an outbreak of mad hubris sanctioned by Xi Jinping.

In fact, China’s position on Hong Kong, Taiwan, Tibet and Xinjiang has been remarkably consistent. All of these issues are ‘internal issues’ for China to sort out and foreign commentary and criticism are unacceptable interference. This is not just boilerplate about sovereignty: this is a viscerally felt, historically conditioned reflex: China was attacked, defeated, exploited, balkanized and pillaged by predatory colonial States, from the Opium War to the savage Japanese occupation of the 1930s and 1940s. The idea that a country like Great Britain can haul China over the coals for its treatment of dissent in Hong Kong, a port that it held as a colonial possession in living memory, is seen as an outrage. It’s how India might respond to Portuguese criticism of the integration of Goa into the rest of the country.

Outside the West, no one sees the arrest of Meng Wanzhou as anything but hostage-taking. The fact that John Bolton could press Canada into arresting her for Huawei’s alleged breach of US sanctions against Iran is generally understood as a bid by the US to both marginalize Huawei (and, by implication, China) in the 5G wars and to bring China to heel in America’s long-standing bid to isolate Iran.

America’s military power, its economic clout and its control over the global financial system have allowed it to legislate sanctions that bind the whole world. The Anglosphere’s intellectual achievement has been to pass off post-war American hegemony as a rules-based world order. China, rightly or wrongly, believes it now has the clout to call the West’s bluff. So China has done two things in response, one little, one large.

In a tit-for-tat move, it has taken hostages of its own: two Canadian businessmen who are perfunctorily accused of spying. It is China’s way of saying to America that it can send proxy messages too. For China, this is an invaluable opportunity to argue that the rule of law that the West sets such store by is an elaborate rationalization of ruthless realpolitik. The larger response to the Canadian contretemps is China’s recently unveiled deal with Iran where it has agreed to invest massively in that beleaguered and broken country in return for cheap oil. At a stroke, it declared its intention to systematically subvert American sanctions against Iran and announced its presence as a major player in West Asia, even declaring that it would try to host an Israeli-Palestinian dialogue in Beijing.

For many years, China’s attitude towards the wider world was seen to be pragmatically focused on markets and raw materials. Its Belt and Road Initiative was seen as an ambitious but charmless bid to expand its economic sphere of influence. The provocative aggression of its recent foreign policy, though, suggests that it plans to challenge America for the world hegemon championship and it believes it is a contender.

It has chosen this moment for two reasons. One, the Trump administration’s bid to create a concert of anti-Chinese nations over the past four years forced China’s leadership to abandon a more calibrated assertion of China’s growing clout. Secondly, the Covid-19 pandemic illustrated for China, in the most dramatic way possible, the decline of the West. There is an unmistakable contempt built into Wolf Warrior diplomacy and this is, in large part, a contempt born of the ineptness and perceived decadence of Western countries, particularly the US, when confronted with the challenge of the coronavirus. The ongoing shambles in the US and Europe stand in such stark contrast to China’s success in taming the pandemic that this year of the plague has clearly been internalized in Chinese strategic thinking as a tipping point in the world’s balance of power.

To have this behemoth of a country flexing its muscles in the most provocative way possible is bad news for the world. China is unlikely to be as militarily adventurist as the West but the danger that its hegemony presents to the rest of the world is of a different sort. As Johnson saw years ago, China is the uber nationalist State. China’s subordination of Tibet and its ethnic cleansing of Xinjiang aren’t national socialism in the classic German sense; it is, however, a sinister kind of majoritarianism.

Chinese majoritarianism isn’t driven by a dominant religious community. It is, instead, fuelled by a suspicion of all religious identities as potential subverters of the only identity a Chinese citizen should have — a national identity. This is the French notion of laicité, taken to its logical and lunatic conclusion. Recently Macron’s government went to some lengths to limit the influence of foreign imams and Muslim organizations on French Muslims. China’s nationalism is similarly marked by a paranoia about extraterritorial loyalties. If Xi’s nation state is fascist, it is, ironically, a fascism with secular characteristics.

2021 marks a hundred years of the Chinese Communist Party. If the State it founded becomes the world’s hegemon, China will become, willy-nilly, a nation state model to be emulated. We should all pray that the Wolf Warriors don’t win.