Why we owe a debt of gratitude to Donald Trump 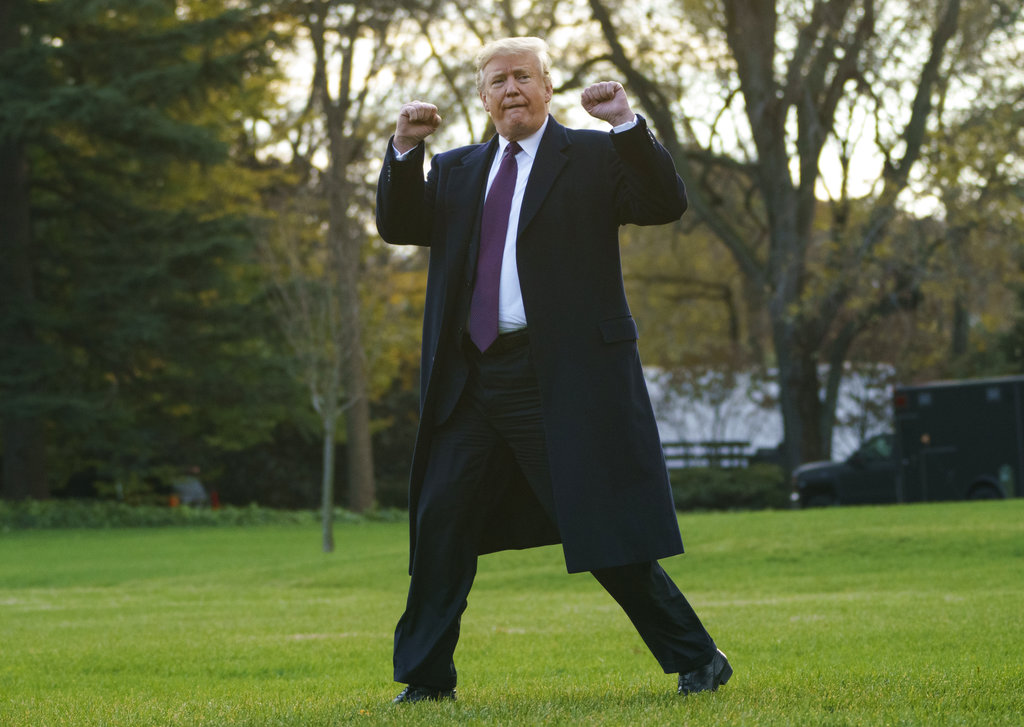 In response to evidence on the killing of Jamal Khashoggi, US President Donald Trump doubled down on his position favouring Saudi Arabia and its crown prince Mohammed bin Salman, and dismissed the CIA’s findings as feelings
AP file picture
Mukul Kesavan   |   Published 25.11.18, 03:30 AM

What is the moral of the Khashoggi scandal? The moral is that the scandal was not Jamal Khashoggi’s death but the manner of his disposal. It was indiscreet and inefficient; it violated the rules of Statecraft and realpolitik, and it embarrassed Saudi Arabia’s allies. It was excessive; worse, it was botched. A man who wrote in English for The Washington Post, who knew people who mattered inside the Beltway, should not have been killed in this way. And if he did have to be killed in this way, it should not have become public.

To be fair to Mohammed bin Salman, it wouldn’t have become public if the Turks led by Erdogan had done the decent thing and respected the diplomatic conceit that the Saudi embassy in Istanbul was sovereign Saudi territory. Instead they bugged the place like it was a reality show set and then released their bootlegged historic dismemberment tapes, one leak at a time.

Trump has been pilloried by the Western press for his response to the killing. This isn’t because his willingness to give the benefit of the doubt (such as it was) to Mohammed bin Salman and the Saudi State was a departure from US policy but because it was too brazen an affirmation of it. In the beginning, Trump did the time-honoured thing: he suggested that nobody knew what had happened to Khashoggi. In mid-October, he challenged the Turks to produce audio and video that bore out their leaks, hoping that the Turks would stop short of implicating MBS and do a deal. When the Turks refused to play along, and played the killing tapes for the CIA’s chief when she visited Turkey, Trump doubled down on his position. He refused to listen to the tapes and dismissed the CIA’s findings as feelings.

The reason America’s liberal press was outraged by this was that Trump’s hypocrisy was half-hearted. Trump publicly allowed for the fact that Mohammed bin Salman might have known of the plan to murder Khashoggi but he made it clear that he would accept Mohammed bin Salman’s evolving protestations of innocence (the Saudi version changed every other day) because he was firmly in charge of Saudi Arabia and that country was too strategically important to alienate. Instead of blustering self-righteously in public while privately arranging for face-saving contrition, Trump let it be known that he would work with Mohammed bin Salman regardless of whether he was innocent or guilty of murder because Saudi Arabia was good for America’s bottom line.

This was unacceptable. To publicly absolve Mohammed bin Salman as a quid pro quo for lower oil prices or Saudi Arabia’s tacit support of Israel or its explicit hostility to Iran was to acknowledge that America’s relationship with Saudi Arabia was nakedly transactional. Even to veterans of Kissingerian realpolitik, this was casting off one veil too many. Tom Friedman, one of Mohammed bin Salman’s most enthusiastic advocates, showed us how the thing ought to have been done.

In a column written soon after Khashoggi’s disappearance, Friedman laid out the official line. He had had great hopes of Mohammed bin Salman because he was the only one of a gaggle of princes who had both the ruthlessness and the vision to shift Saudi Arabia away from toxic Islamism to modernity. Modernity meant women driving cars. Mohammed bin Salman was no democrat but if he drained Saudi Arabia’s theocratic swamp, he would transform the country and the region. And then Friedman said what liberal op-ed columnists would have had Trump say: “If Jamal has been abducted or murdered by agents of the Saudi government, it will be a disaster for M.B.S. and a tragedy for Saudi Arabia and all the Arab Gulf countries. It would be an unfathomable violation of norms of human decency, worse not in numbers but in principle than even the Yemen war.”

Re-read that second sentence where Friedman declares that killing a dissident columnist is in principle a greater violation of ‘human decency’ than the death by starvation of tens of thousands of children and the ravaging of a country by the war waged by Saudi Arabia in Yemen, armed and aided by the United States of America and its allies. Don’t go looking for that principle, though; there isn’t one. Friedman is doing two things at once: he is performing outrage to rhetorically distance the US from despotic violence while finessing the horror of the Saudi wrecking of Yemen and America’s complicity in that tragedy.

Friedman thinks this is a plausible rhetorical flourish because the American public probably thinks that beheading and dismembering a man are grotesque and evil in a way that arming the Saudis and helping them find targets for their missiles in Yemen, that unplaceable quicksand of terror and sectarian discord, isn’t. Friedman isn’t alone in this. Every section of the American Establishment is busy outraging about the regime or reproaching it for betraying an innocent American public. Here our guide must be The New York Times, that country’s conscience: “But the new assessment by the C.I.A. is sure to harden the resolve of lawmakers on Capitol Hill to continue to investigate the killing of Mr. Khashoggi and punish Saudi Arabia.”

The paper went on to quote Representative Adam B. Schiff, a Democrat, who will lead the House Intelligence Committee next year, as saying, “[i]t is one of those acts that must cause us to re-examine the relationship and how much dependence we place on it.” According to The New York Times, Schiff said he was pushing for a classified briefing for the entire House on the war in Yemen and American support for the Saudi campaign. Congressional Republicans have also said they would support such a briefing.

Schiff has been in Congress since the beginning of this century. He voted for the Iraq war. He has had a ringside seat on America’s adventures in Yemen as a Saudi Arabian auxiliary. He has seen a Democratic president, Barack Obama, sign off on 115 billion dollars-worth of arms sales to Saudi Arabia and, yet, he and his fellows still need the dismembering of Khashoggi to ‘re-examine’ the enormity of the US involvement in Yemen.

This institutionalized invocation of innocence is one of America’s great strengths. It allows the American State and its people to be chronically ambushed by less civilized, less rule-bound allies. It sets the stage for the appropriately graduated response: shock, reproach, then firmness. Senate Republicans, according to The New York Times, wanted the Saudis to earn American absolution by releasing some dissidents, “including the leaders of the effort to allow Saudi women to drive”.

It is this precious recourse to innocence that’s threatened by Trump’s barefaced instrumentalism; it’s why neo-conservative op-ed writers who cheered on the Iraq war are appalled by him. He makes it harder for them to suggest that there is plausible trade-off between allowing women to drive in Saudi Arabia and bombing Yemen into extinction or starving its children to death. Just as the world was getting over the invasion of Iraq, Trump’s transactional brazenness makes it impossible to argue that whole peoples can be invaded or occupied or bombed for their own good. For subverting this sinister humbuggery, if for nothing else, the world beyond the Anglosphere owes the current tenant of the White House a debt of gratitude.