Advertisement
Home / Opinion / When the State becomes a bully

When the State becomes a bully

Ever since his government came to power, our PM has altered, using the enormous power he wields, the nature of the State 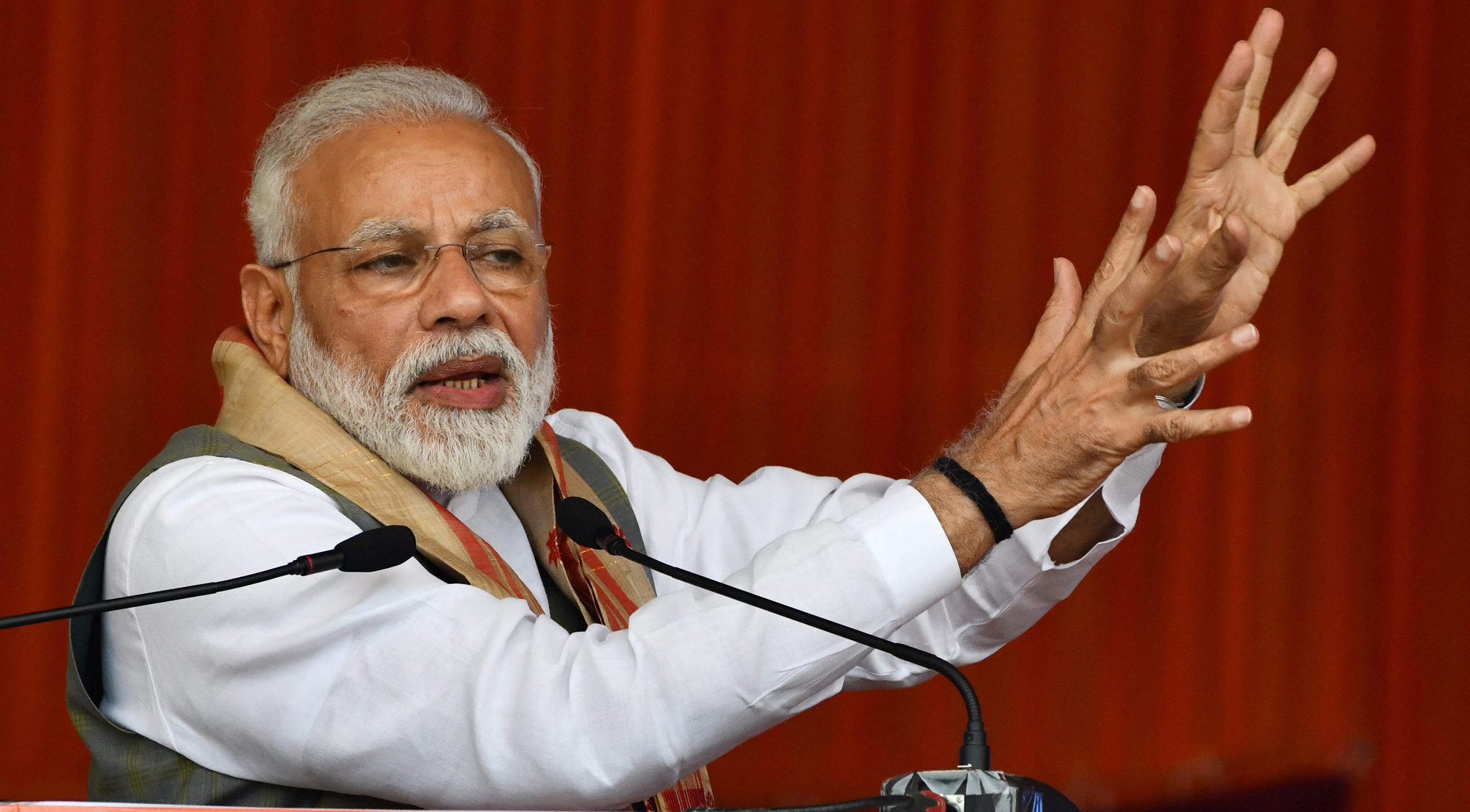 Men of quality and stature, who evoke respect, elevate the status of that office. Others, bereft of these qualities, diminish the status of that office. In a parliamentary democracy, the prime minister’s role is pivotal to a nation’s onward march. Ever since this government came to power, our prime minister has altered, using the enormous power he wields, the nature of the Indian State.

He is charismatic and brooks no opposition. None within his cabinet is able to confront him in his unilateral policy decisions. These include the midnight pronouncement of demonetizing Rs 1000 and Rs 500 currency notes. Buying 36 Rafale fighter jets off-the-shelf without the knowledge of his key ministers was another such. These decisions have far-reaching implications. Demonetization led to a downturn in our economy. It was a surgical strike on the poor. Their hard-earned money was frozen. In some cases this led to tragic consequences. The second was the signal to his colleagues that his writ runs and that the cabinet form of government involving decision-making through discussion and debate is irrelevant: the ‘king’ decides. The implementation of decisions in accordance with laid-down procedures are not regarded as matters of substance. This has reduced our parliamentary system of governance to the will of a single individual, something that has never happened before.

Second, in the last five years, our prime minister has campaigned more and governed less. He is always in campaign mode, involving himself in all assembly elections, occasionally also in local bodies elections. When not campaigning within the country, he is on a campaign sprint outside. He uses all vehicles of communication to ensure that his sound bites reach every household. He uses all platforms, including radio and social media, to reach out constantly so that whatever he says, whether true or false, is constantly drummed into people’s minds. This gives little time for deliberation, which alone will transform people’s lives for the better. He strategizes more for the next electoral victory and less for the country. Our battles will be won only if we are able to turn the tide for over 800 million people who do not have access to fundamentals. Policy prescriptions are based on ad hoc decisions, not contemplative discourses.

Third is a unique attribute of our prime minister, one that no other prime minister had. He always speaks and seldom listens. That is why he has never held an open press conference, never allowed himself to be questioned, never offered an opportunity to anyone to expose the tall claims he makes when he speaks or the promises he has not kept, hoping that if uttered often enough, distortions of the truth will be believed by those who choose not to question.

Fourth, the public discourse that our prime minister is known for is characterized by making allegations against political opponents, which are seldom institutionally substantiated. He and his party distort the facts of history. He chooses to vilify icons of the past by projecting himself as a messiah of the future. He blames the Congress for not having done anything in their 60 years of governance. Yet the last five years of his misgovernance have truly jeopardized the future of India, both economically and otherwise. Social cohesion has been dealt a deathly blow with hate crimes and hate speeches becoming the new normal. Our borders are less secure. Terrorism is at its height. More soldiers have been martyred in 2018 than in the last 18 years. Unemployment is at a historic high. Farmers are in utter distress. Traders have lost their businesses. Banks are reeling under unmanageable non-performing assets and our freedoms are in jeopardy.

All this has been possible because institutions have been bullied into subjugation. Media houses behave like lapdogs, manufacturing images and data to support government claims. Every movement of our prime minister, in any part of the country, is showcased ad nauseam. That is not all. All institutions which are sentinels of democracy have succumbed, because individuals close to him have been posted in key positions despite some of them having unsavoury backgrounds. The office of the Comptroller and Auditor General, the Central Vigilance Commissioner, the Central Bureau of Investigation have all been compromised. The CAG’s recent report on the Rafale deal indicates the mindset of an institution that has chosen not to seek answers but justify the prime minister’s decision; not placed data in the public domain, shunning transparency and embracing opacity. The recent crisis in the CBI is of the government’s own making with intent to target the erstwhile CBI director. The enforcement directorate, the CBI and the income tax department target key Opposition members, threatening to persecute and prosecute.

The State has become a bully, but 1.3 billion people, I believe, cannot and should not be bullied. Our nation’s fate is in their hands.

Modi's A-Sat speech gets A+ from EC