What Kanakadurga can teach the Sabarimala temple authorities and the country 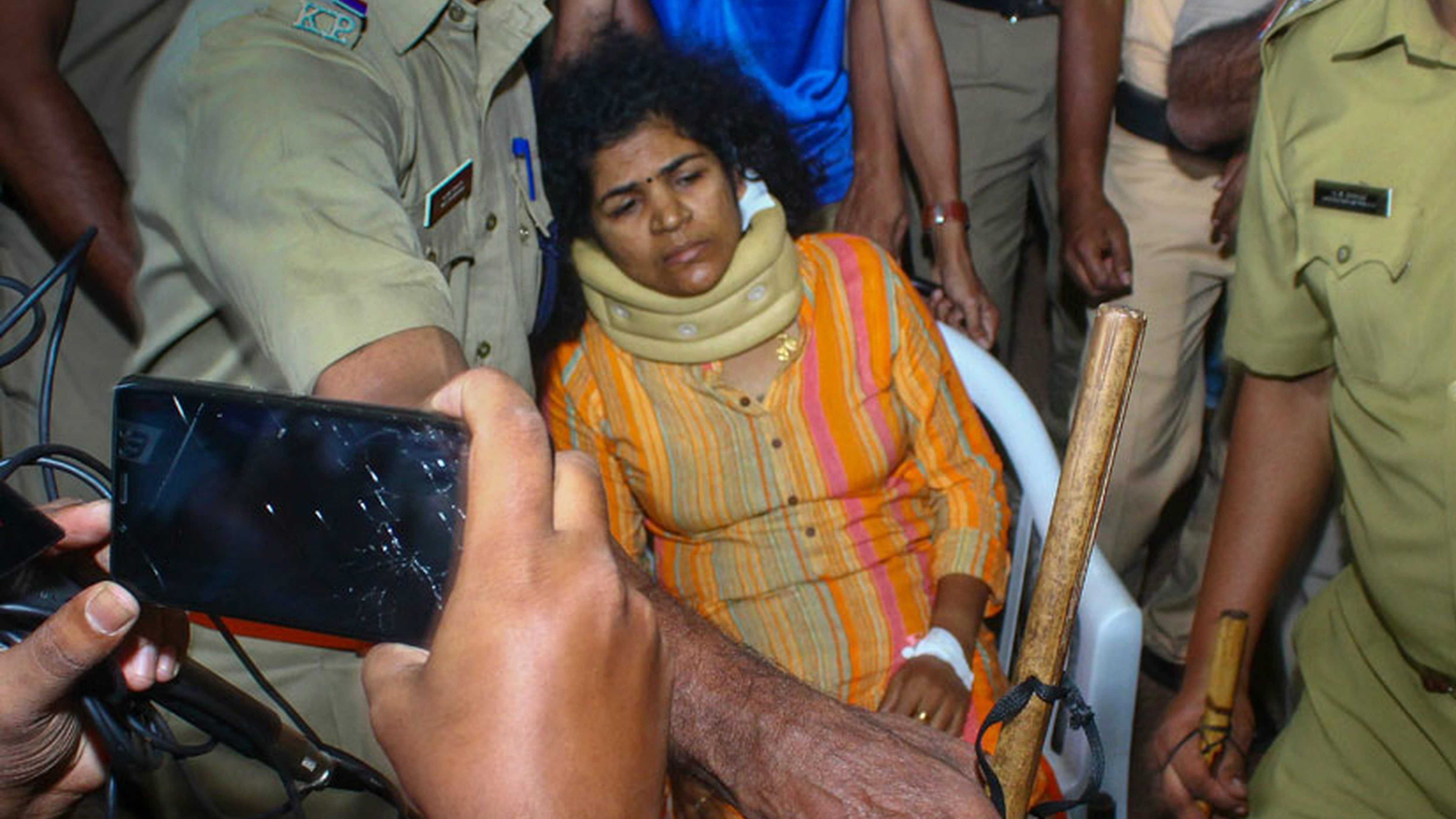 Kanakadurga was assaulted by her mother-in-law, evicted from her house and, upon returning to it with the help of a court in Kerala, has now discovered that her children have been taken away from her
PTI file picture
The Editorial Board   |     |   Published 08.02.19, 03:28 AM

Can the Travancore Devaswom Board, entrusted with the management of the Sabarimala temple — the shrine in the eye of a storm — learn a thing or two from Kanakadurga? This woman from Kerala — she and her friend had been the first women of childbearing age to enter Sabarimala after the Supreme Court’s historic judgment ended years of discrimination — can certainly teach the TDB a thing or two about courage and integrity. The TDB’s vacillation on the ban on women has raised serious questions about its integrity. Initially, the minders of the temple had been vociferous in their support for the ban that was eventually removed by the court. But now, in a volte-face typical of institutions that sway with the political wind, the TDB has conceded that the ban had impaired constitutional provisions, such as the right to equality. The change of heart can perhaps be explained by the fact that the reconstituted board is now led by a member of the ruling Communist Party of India (Marxist), which has, hearteningly, been steadfast in its conviction to honour the Supreme Court’s verdict in letter and spirit. Ms Kanakadurga has been equally resolute. She defied threats, allegedly from the sangh parivar — the standard-bearer of all kinds of regressive customs — to reach Sabarimala. The price of her valour has, however, been steep. Ms Kanakadurga was assaulted by her mother-in-law, evicted from her house and, upon returning to it with the help of a court in Kerala, has now discovered that her children have been taken away from her.

There is a lesson for liberal, democratic India in Ms Kanakadurga’s hounding, and the lesson is far from inspiring. The Sabarimala controversy has shown, once again, that political patronage to uphold the most explicit forms of gender discrimination can mount a formidable challenge to a decree passed by none other than the highest court of the land. Unsurprisingly, a clutch of petitions submitted to the court have demanded that the judgment be reviewed. Polarization, adroitly engineered by political parties, can tear asunder the social fabric. Intimate spaces are not immune to this kind of poisoning either. The unravelling of Ms Kanakadurga’s private world is, in a way, emblematic of the corrosion that threatens the idea of India.