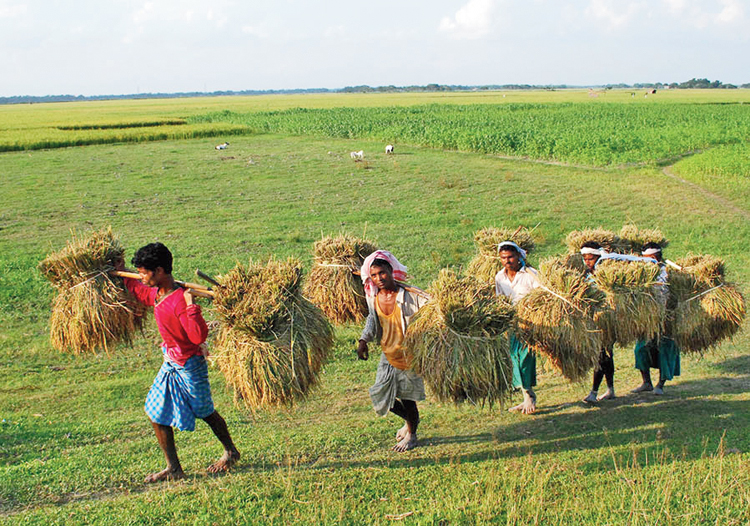 India’s last-minute withdrawal from the Regional Comprehensive Economic Partnership agreement has elicited much commentary. That it happened after exciting positive signals from senior government functionaries amidst vociferous opposition by noted lobby groups surprised all. A sizeable segment, however, backs the retreat, noting India’s current economic situation and low competitiveness to describe it as economic and political pragmatism. Another strand is critical, arguing that joining the trade partnership would have compelled long-pending structural reforms, which would have been beneficial for India in spurring manufacturing and mass job creation. Both views are valid in the Indian context: governments repeatedly fail to draw aggressive, reform-based trade strategy for fear of potential political costs. In the event, the back-off can be viewed positively. The portend for India’s future, however, is that the demographic dividend may well be squandered as the country’s political class ties it down to this fate.

Consider that the RCEP engagement started seven years ago — in 2012. The clear objective of the 16 participating nations — 10 members of the Asean group and six others, including India — was to significantly reduce or completely eliminate all tariff and non-tariff barriers on imports-exports for a regional trade arrangement to everyone’s benefit. What was India’s strategy towards these goals? Did governments evolve one?

A comprehensive plan to build an export structure based upon large-scale manufacturing — the two are not indistinct — never emerged. In fact, an all-inclusive approach to accomplish this has never driven other trade negotiations before. If we well know its essential constituents — the reform of labour, land and capital markets, better logistics and supporting infrastructure, reduced red tape, turnaround times and other hurdles — it needs recognition that a concerted strategy to source competitive strength from such fundamental change did not support the RCEP negotiation stance. A clear articulation or commitment to develop India’s manufacturing potential, which exists, for eventually exploiting the visible market opportunities never emerged. Two governments of different political hues, one coalition and the other a majority, engaged actively in this period but without any deliberated strengthening of exports or a calculated integration of small-medium businesses into the global value chain to access global and regional production networks.

Instead, India’s international competitiveness steadily eroded in this while: export share in gross domestic product fell five percentage points, from peak 17 per cent in 2011-2013 to about 12 per cent in the last four years. Trade openness, measured by the sum of exports and imports as fraction of GDP, steeply declined, from 63 per cent in 2012-13 to 50 per cent on an average in the last five years. Average tariffs actually increased in the last two years, testifying to a defensive positioning instead of aggressive fortification. These trends dictated the negotiation stance and now justify India’s pullback, overlooking the political failure to evolve a resolute competitiveness-enhancement plan for eventual entry into markets our negotiators were seeking easier access to.

Worse, it did not seep into the Indian political consciousness that the global trade scenario changed fundamentally to settle at lower levels after 2012. Alterations in world trade dynamics were visible five years ago. In October 2014, the International Monetary Fund analysed the origins of growth forecast errors in its World Economic Outlook projections from October 2010. The overprediction of global growth in 2011-13 was found primarily reflecting the overprediction of investment for a relatively small number of economies, including BRICS; a large fraction of growth shortfalls for most was explained by forecast errors in investment. Growth forecast errors for global trade and global GDP were also highly correlated. Examination of the role of structural and cyclical factors underlying the global trade slowdown (WEO, April 2015, IMF) showed that world trade was growing slowly not just because of slower demand but also because the trade-GDP relationship had changed structurally in recent years.

Subsequent world trade volumes have systematically failed to rise as before in relation to global output growth. These changes should have alerted and elicited suitable policy response, particularly in the light of India’s consistently slipping rank in world exports of goods and services in this period, also that of RCEP engagement. But without simultaneous reform steps to raise productivity and acquire an extra edge in the adverse turn in world trade, a passive acceptance of lost competitiveness shaped the approach.

Suboptimal outcomes from other trade agreements, such as free trade agreements with Asean, Japan and Korea, also need to be seen from the standpoint of these deficiencies. True, these more than doubled respective trade deficits against India. But that is more due to inabilities in gaining comparative advantage through structural transformations than predatory trade competitors. The relative strengths of FTA countries were known at the outset just as the objectives and capabilities of RCEP competitors were. Then again, trade dynamics is never static. It evolves constantly and has to be addressed by adaptive policies and change. There is little point in lamenting low utilization rates from past FTAs and the flood of import and export losses to justify opting out of the RCEP when our governments do not want to reform for global competition. What, for example, would counterfactual outcomes from these FTAs be in a context of forceful productivity enhancement?

Likewise, there is little merit in calling out domestic businesses for fearing competition and being protectionist. The required reforms are not in their hands; poor quality infrastructure, costly power, land, capital, labour and so on are handed out to them. The argument for supporting ‘Make in India’ is equally specious, if only because structural reforms for its advancement are no different than those for exporting. Besides, intermediate imports figure prominently in domestic production, which is also denied learning, technical know-how and efficiency improvement opportunities from more trade.

Many, including the finance minister, say we still have a long way to go before our exporters derive maximum benefits from such agreements. This is true. But if seven years were not long enough for doing what is necessary, what inspires hope this will now be done to eventually join the RCEP?

The past trajectory shows the hard reality: India’s political class consistently shies away from playing the global game on an equal footing and matching its competitors, be these Asian, European or any other. The political appetite and confidence to match their competitive levels, equal their prosperity, does not exist within. Considerations of political costs have constantly held back the reform of labour regulations, pushed up land costs, and thwarted reductions of interest rates to aggressive levels; these have also geared exchange rate policy towards price stabilization, directly undercutting export competitiveness, the fallout of political failure to reform agriculture markets and institutions. Efficient networks of factories, suppliers, logistics, transportation and so on with appropriate macroeconomic policy support have failed to emerge on large scale as a result.

The takeaway for future is sobering. Political inability to risk uncertain costs attached to hard decisions deprives India’s economy the ability to absorb its growing working-age population, tying it longer to low-productivity agriculture than comparatively observed, and slowing the shift of surplus labour towards sectors capable of faster mass absorption, mainly manufacturing. India’s positive demographics, instead of prospering to yield rich dividends, could well turn against itself.

What you need to know about RCEP and India's 'concerns'

RCEP: India rightly refused to be forced into signing an imperfect deal