In the 231-year history of American elections, prior to Biden, only six candidates won the presidency among about a dozen hailing from states with fewer than 10 electoral votes 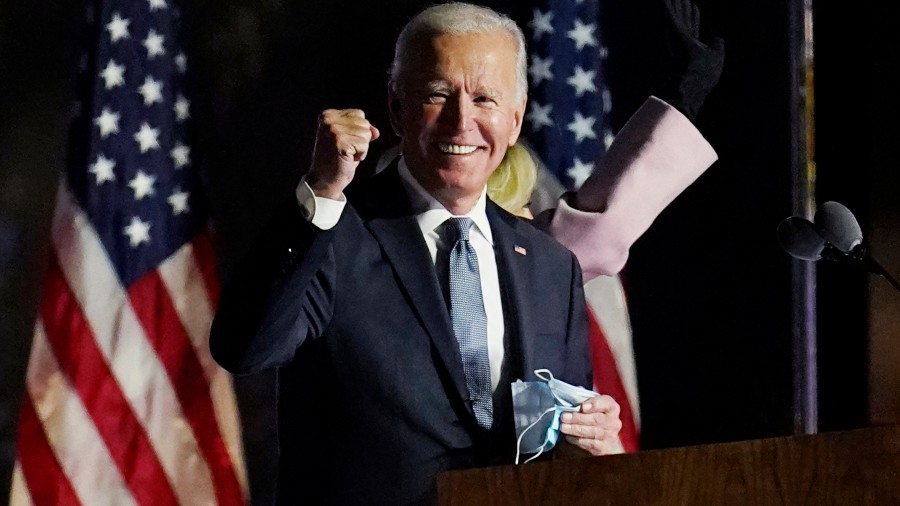 Last year’s presidential election in the United States of America was extraordinary in many ways. Joe Biden became the oldest person ever to be elected as president; Kamala Harris became the first woman, that too of African-Asian origin, to win the vice-presidency.

Biden hails from Delaware, a small state with 0.29 per cent of the US’s population. It is the 45th largest state among the 50 states that constitute the US. Delaware has only three electoral votes: the minimum number for any state. In India, we often celebrate the success stories of men and women from smaller towns. Biden’s elevation to the White House would be analogous to someone hailing from one of India’s small states — say, Nagaland or Sikkim — beginning his political career as a councillor of a city corporation, going on to become a member of parliament, then getting a place in the Central cabinet and — finally — winning the prime ministership. Of course, the electoral system in India is different: people do not vote to directly elect the prime minister. In this country, someone might be elevated to the highest seat in spite of having little personal appeal among voters. The US, contrastingly, votes to choose its president. Although Biden has been on the national stage for decades — as senator and vice-president to Barack Obama — this election proved that one may reach the top of the US’s political pole in spite of hailing from a small state.

Interestingly, small-state presidential candidates have a terrible track record in the history of US elections. In the 231-year history of American presidential elections, prior to Biden, only six candidates won the presidency among about a dozen hailing from states with fewer than 10 electoral votes. Three of those presidents were war-heroes. Before Biden, Franklin Pierce, who became the president in 1852, held the record of being the president hailing from a state having the minimum number of electoral votes. Pierce was from New Hampshire, which had 5 among a nationwide total of 296 electoral votes at the time. Although Pierce was a small-state politician, he spent a decade in the House and the Senate before winning the presidency. He had also been a general in the Mexican War.

If Bernie Sanders, Biden’s foremost competitor in the Democratic nominations, received the nod, the situation would have been quite similar. Sanders, 79, is a senator from Vermont, one of the smallest states in the US. In fact, Vermont is even smaller than Delaware. It is the 49th largest state in the US, home to just 0.19 per cent of the national population, and it also has the minimum number of three electoral votes in the electoral college. Another charismatic leader in the race for Democrat nomination, the 39-year-old Tulsi Gabbard, serves as the US representative for Hawaii’s second congressional district. Hawaii, too, has four electoral votes and is the 40th largest state of the country with 0.43 per cent of its population.

Bill Clinton was another small-state politician to win the presidency. During the presidential election of 1992, Clinton was the governor of Arkansas that has only six electoral votes. Clinton fought the election against the incumbent, George H.W. Bush, and H. Ross Perot, both of whom hailed from a big state like Texas that had 32 electoral votes then.

With two truly small-state politicians, Biden and Sanders, contesting the Democratic nominations last year and the former eventually becoming the president-elect, can we conclude that American elections are turning inclusive? With a woman of colour also becoming the vice-president, the national character of America could be reshaped and become more representative.