UK now in another room

British Europeans must want Brexit Britain to do well 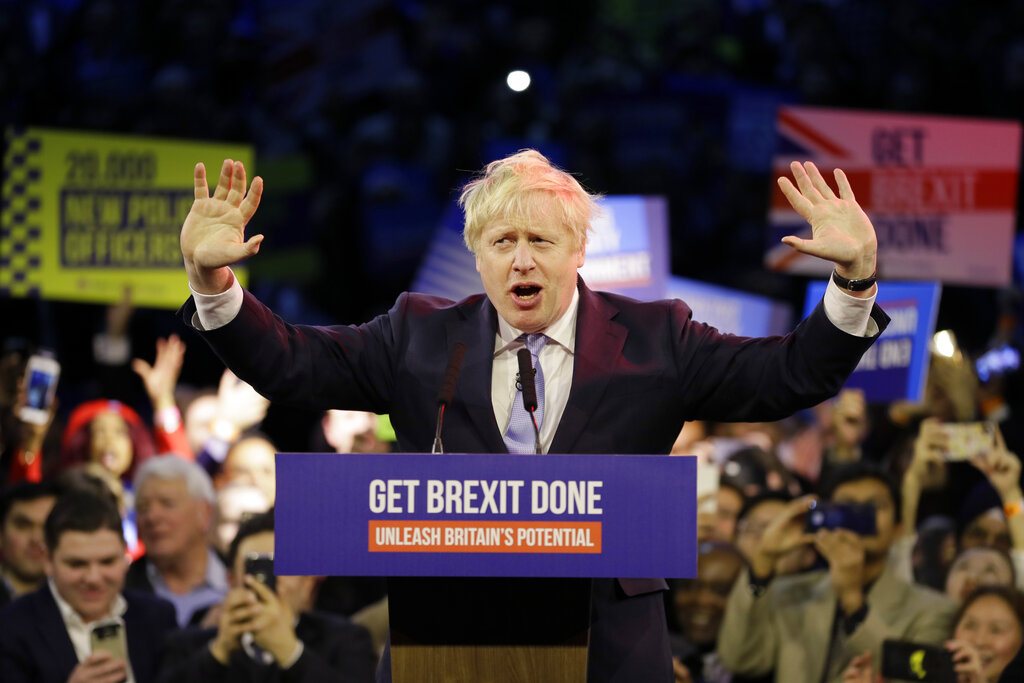 Britain has not left Europe; it has just stepped into another room. Its European role has always been complex and ambivalent. “The desire for isolation, the knowledge that it is impossible — these are the two poles between which the needle of the British compass continues to waver.” Thus wrote the historian, R.W. Seton-Watson, in a history of Britain in Europe published in 1937. True then, even more true now.

We ex-Remainers have consistently argued that Brexit will leave the United Kingdom weaker, poorer, more divided, less influential, less attractive to the rest of the world. Some evidence is already in. According to Bloomberg Economics, by the end of this year, Brexit will have cost Britain some £200 billion in lost economic growth — nearly as much (adjusted for inflation) as the country has paid in to the European Union budget over the entire period of its membership since 1973. Yet only the most selfish, vengeful ex-Remainer would wish those who voted for Brexit to suffer as a result. We are as patriotic as any Brexiteer, desiring the best for our country as well as our continent. Therefore, we must now want — and indeed work for — our pessimistic predictions to be proved at least partly wrong. Having fought Brexit like the plague for four years we must, in this minimal sense, want Brexit to succeed.

At the same time, we emphatically do not want Brexit to damage the larger European project. If Brexit goes very badly, producing an unstable, angry, resentful country, that will be bad for the entire EU. But the EU would also suffer in the unlikely event that ‘Global Britain’ were to fulfil the dreams of the Brexiteers, becoming such an attractive advertisement for independence that other member states, such as Hungary or Poland, might eventually follow suit. If that is the larger purpose of Brexit, then we must desire it to fail in that purpose.

But, cries the intellectual Brexiteer, what are you afraid of? What’s wrong with a Europe of democratic, sovereign nation states, peacefully cooperating? Here we come to the heart of the argument. To be sure, one lesson of European history is that it’s never a good idea to try to force Europe’s diverse peoples into one Procrustean bed. But another, even more fundamental, lesson is that a Europe of unrestrained competition among states, all pursuing their narrowly defined national interests, is unlikely to remain democratic, prosperous and peaceful for long. In the long run, a ‘successful’ Brexit will, therefore, depend on other nations not following the British example. It will be parasitic on the continued existence of the EU.

Nonetheless, we British Europeans now face a real day-to-day tension between the patriotic and European imperatives. The best formula that I can come up with is that we should want Britain to do well after Brexit — and the EU to do even better. After all, it’s only the scale and unity of the EU that make possible such advantageous trade deals as the one it recently signed with Japan. And, of course, we wish cross-Channel relations to remain as close and constructive as possible.

Boris Johnson’s government keeps banging on about ‘bringing the country together after Brexit’. If that is to mean anything, it must mean taking account of the interests and wishes of that half of the British people who, with iron consistency, in opinion polls right up until last December’s election, said they would prefer Britain to remain in the EU.

The one big binary choice left is for Scotland: shall it leave the British union in order to rejoin the European one? The Scots should be allowed to make that choice as soon as they want to in a second independence referendum. Beyond this, the decisions are now more incremental. Conversations with people at high levels in the British government strongly suggest that it will pursue a pragmatic, piecemeal strategy, differing from sector to sector. Like the proverbial curate’s egg, this Brexit will be soft in some parts and hard in others.

In every sector, we ex-Remainers are entitled to say ‘if you really want to bring the country together, show us you mean it’. If you care about the jobs of workers in the car industry, for example, you must keep close regulatory alignment with the European single market. For those of us who work in universities, the litmus tests will include continued access to European research funding, visas not just for academic superstars but also for lower paid, younger staff, and low fees for EU students. And we must retain full British participation in the Erasmus scheme, which, in recent years, has accounted for half the British students studying abroad, as well as bringing more than 30,000 European students a year to this country. It’s not for nothing that people say the future of Europe rests with ‘the Erasmus generation’.

What we legitimately demand from government policy is only half the story. After failed uprisings in the 19th century, patriotic Poles talked of concentrating on ‘organic work’. We need our own ‘organic work’ in every corner of British life. At Oxford University, we will be working to ensure that we remain fully engaged in European intellectual life as we have for the last 800 years. The Guardian, which every month has more than 20 million monthly unique browsers in Europe (outside the UK) and is, therefore, probably the European newspaper most widely read across the continent, will be reinforcing its European presence and coverage. Comparable steps can be taken by everyone, from museums to football clubs, from astronomers to zoologists.

The remaining 27 members of the EU will, however, make a great mistake if they believe that change is only needed on the British side since Brexit was some kind of weird British eccentricity. Some of the causes of Brexit are, indeed, to be found in British exceptionalism, but many are generic to the anti-liberal, populist nationalism now rife across the Continent. The former UKIP leader, Nigel Farage, would be quite at home in a France led by Marine le Pen, and the leading cabinet Brexiteer, Michael Gove, is a mental citizen of Viktor Orbán’s Hungary. To reform and strengthen itself, the EU also needs to learn the wider lessons of Brexit.

What about Britain rejoining the EU? This is not on the agenda for today. It will take five years to thrash out what Brexit actually means and another five to see how it works in practice.

By that time, there will be a different EU. I very much hope that, come 2030, the Brits will be starting to think of rejoining, not from a sense of failure and defeat — coming back “with their tails between their legs”, as one former EU foreign minister charmingly put it to me — but rather from a sense of being clearer about, and more comfortable with, who and where they really are. Yet that prospect also depends on the EU itself becoming more attractive and dynamic than it is today. Then, and only then, could the conversation credibly turn from Brexit to Brejoin.

No, I don’t think this benign outcome is likely, but it is possible. Pessimism of the intellect, optimism of the will: such is the perennial brief of the liberal realist. Expect the worst, work for the best.