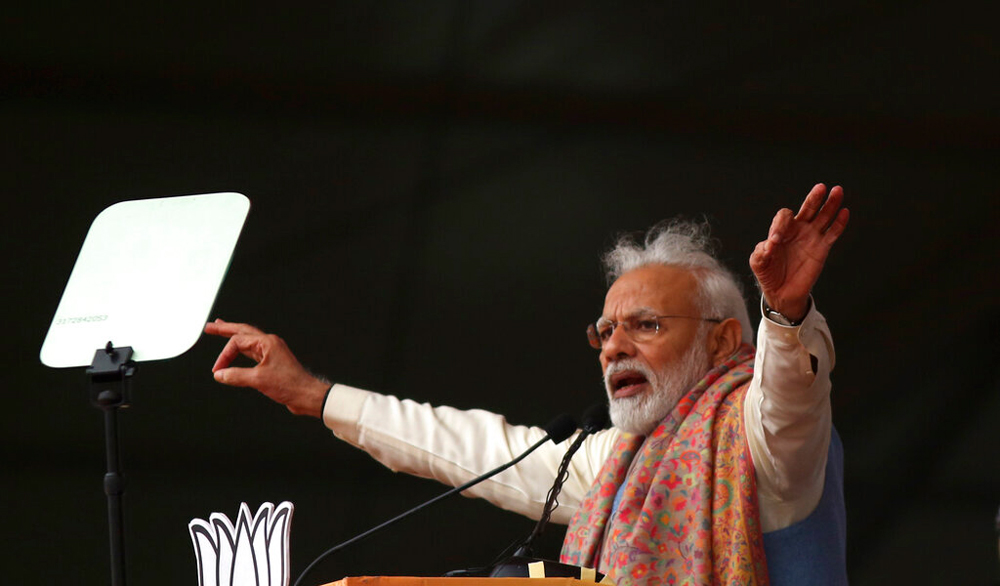 What makes some phrases immortal is their universal application. ‘Lies, damned lies, and statistics’, the phrase that was popularized by Mark Twain and mistakenly attributed to a British prime minister, seems to fit the boots of Narendra Modi and his regime to perfection. The Bharatiya Janata Party’s skill at tweaking data — be they statistical or historical — are unmatched. A regime armed with such powers of distortion would naturally be complacent about, say, claiming that the nation would become a five-trillion dollar economy even though facts on the ground point to the economy slowing down alarmingly. The problem does not lie — the pun is unintended — in ambition. It lies in the prime minister’s economy with the truth regarding nearly every issue that is of fundamental importance to the republic. Speaking at a rally, Mr Modi sought to assure an anxious nation that discussions on the contentious National Register of Citizens had not taken place during his reign. He denied the existence of detention centres in India as well. The conjecture, Mr Modi alleged, had been fomented by the Congress and the ‘urban Naxals’ — dissident students, journalists, activists whom the BJP hates for speaking truth to power. Mr Modi’s statements, as is often the case, threaten to alter the reality. No less than the president has stated — in Parliament — that the government would prioritize the implementation of the NRC. The Union home minister, a key architect of the initiative, has spoken on the matter too; the NRC also featured in the BJP’s election manifesto. It is also surprising that the existing detention centres in Assam and those being built elsewhere have eluded Mr Modi’s hawk-like gaze.

But a large number of Indians have chosen not to look away. Several parts of the country have witnessed massive, spontaneous demonstrations demanding that this divisive, blatantly discriminatory, legislation be repealed. Knowledge of the BJP’s penchant for ‘truth’ has been instrumental in shaping the collective outrage. Perhaps that explains the prime minister’s nervousness and doublespeak. Mr Modi may have his ideological compulsions for the NRC. But as prime minister, he cannot take refuge in deceit. He is the elected head of a pluralist nation that is committed to an inclusive Constitution. Any deviation from this foundational vision can bring forth, at times unexpectedly, resistance and condemnation. What the people expect is clarity from their prime minister. Is that because political speeches, much like statistics, can be inimical to the truth?

Detention centers: Is PM Modi saying the truth, the whole truth and nothing but the truth?