Advertisement
Home / Opinion / The perils of pragmatism: How can Opposition parties remain relevant

The perils of pragmatism: How can Opposition parties remain relevant 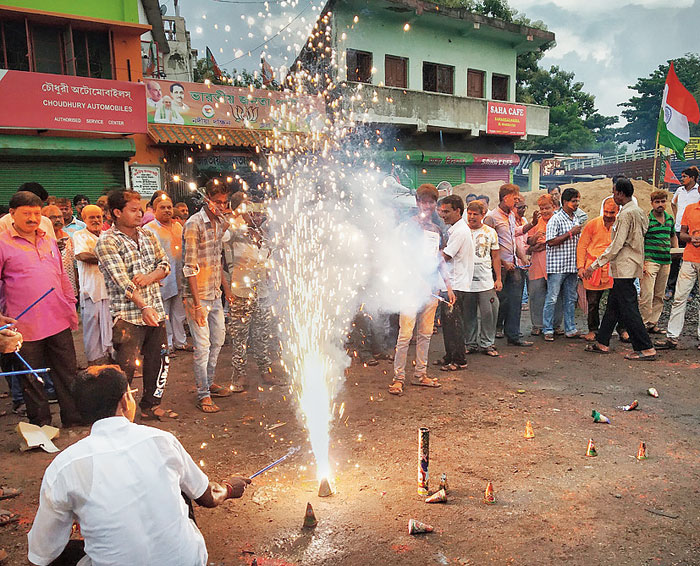 We’re all pollsters now. A feature of political commentary in recent times has been the entrenchment of the twin ideas of a ‘base’ vote, that is people who are the ideologically committed core of a political party’s potential reach, and ‘independents’, who aren’t committed partisans and whose support is up for grabs if a candidate or political party can get its messaging right. This narrative is driven by the politics of two-party systems where the undecided might mean the difference between victory and defeat. One of the most plaintive what-might-have-beens in recent political history is the Clintonian agonizing about the few thousand mid-Western votes that might have switched from Obama to Trump in 2016 and taken the election with them.

In India, a subcontinental polity currently dominated by a single political party, the Bharatiya Janata Party, this idea presents itself differently. The BJP’s sweeping victories in the last two general elections and in most state assembly elections (such as the one in Uttar Pradesh in 2017) threaten the viability of political parties like the Congress, the Samajwadi Party, the Bahujan Samaj Party and the Communist Party of India (Marxist). Even relatively durable provincial parties like the Nationalist Congress Party, the Trinamul Congress, the Biju Janata Dal and the Telugu Desam Party have seen their vote shares eroded enough for them to recognize the existential threat that the BJP poses to them.

Here the argument within Opposition parties (and amongst pundits) is not a matter of choosing between a range of policy ideas to maximize the support of independent voters; it is an argument about how many positions of the BJP must they acquiesce in to remain relevant in politics where mainstream common sense is defined by Narendra Modi and Amit Shah? Currently, the Democratic Party’s presidential contenders are arguing amongst themselves about healthcare positions: single payer vs Medicare-for-all vs Medicare-for-all-who-want-it. These are policy differences within the Democratic spectrum and the arguments are about which one is likely to be most popular with the larger voting public. The debate within the Congress is of a different order. The question there is, should the Congress adopt radical BJP positions to avoid political marginalization?

The answer to this question has often been ‘yes’. The split in the Congress about the husking of Article 370, with many MPs hurrying to endorse the government’s reduction of Jammu and Kashmir to two Union territories in the name of national interest is one example. The cow-protection zeal of Kamal Nath’s Madhya Pradesh government is another. The reintroduction of the citizenship (amendment) bill in Parliament might see members of the Opposition voting for the bill on the calculation that opposing sanctuary to non-Muslim refugees from neighbouring Muslim states — its ostensible purpose —might prove to be electorally unpopular. Similarly, Amit Shah’s determination to get every Indian state to institute a National Register of Citizens to weed out false citizens or ‘infiltrators’ might find takers in non-BJP states on the calculation that a reluctance to hunt down false citizens, especially false Muslim citizens, might not play well in a majoritarian climate. Given the BJP’s talent for creating the political weather, this will continue to seem like a plausible argument in the medium term.

This search for the centre in a political mainstream looping steadily rightwards has created the bare bones of a new common sense exemplified by the Opposition’s better-than-expected performance in the recent assembly elections in Maharashtra and Haryana. On Article 370, both Sharad Pawar and Bhupinder Singh Hooda publicly supported the Central government’s intervention in Kashmir citing the national interest. These provincial satraps concentrated on bread-and-butter issues (insolvent banks, farmers’ suicides, access to food), mobilized once hegemonic communities marginalized by the BJP like the Marathas and the Jats, side-stepped the ‘nationalist’ trap by not arguing with Modi on hot button issues and, in this way, managed to bring out their vote and turned in surprisingly robust performances.

Unsurprisingly, much political commentary has weighed in on the virtues of the new pragmatism, specially its avoidance of ideological debate about nationalism. This endorsement of the Pawar-Hooda strategy channels the wisdom of that homely adage: never wrestle with a pig; you both get dirty and the pig likes it. There is something to be said for cracker-barrel common sense. And in the wake of a demoralizing general election defeat, it is understandable that any result that isn’t a rout feels like a win.

The trouble with this position is that it urges us to collapse the distinction between short-term political tactics (and their pay-off) and their long- term impact on the nature of the republic. The danger here is not so much the co-option of the Indian Opposition as the sacrifice of political perspective and principle at the altar of polling data. The main function of political commentary is not political counsel. There is very little a pundit can teach a politician about winning elections. Commentary’s purpose ought to be to spell out the consequences of political actions.

If India’s Opposition parties were to tactically vote for the CAB or pass laws setting up NRCs in states ruled by them, they might well win some electoral advantage but in so doing they would institutionalize a religious test for citizenship. It isn’t as if they haven’t been warned. India’s home minister tells public meetings up and down the country that the CAB would exempt Hindus, Sikhs, Buddhists and Jains from the inquisitorial reach of the NRC. The Opposition would help create a discriminatory engine legitimized by statute that would outlast its political opportunism and consign a whole class of Indians — Muslims —to second-class citizenship. The evil that men do lives after them.

The temptation to treat the reduction of Jammu and Kashmir as fait accompli and move on is not practical politics. It is a dereliction, capitulation in fancy dress. Similarly, to go along with the building of internment camps for Indians turned into non-citizens by the NRC’s kangaroo courts is to collude in ethnic cleansing of the sort that made Myanmar’s Rakhine province Rohingya-free, or, as we say in India, Muslim-mukt. It is to normalize monstrousness. In a recent piece Shekhar Gupta, a veteran journalist, contrasted Rahul Gandhi’s political wimpishness with his grandmother’s hard-nosed resolve. The dauphin’s fault lay in agreeing to a 2019 election manifesto that promised the “…repeal of the sedition law, dilution of the AFSPA and thinning out troops from Kashmir. If somebody had suggested that to Indira she would have given him one kick in the butt.”

This bluff celebration of Mrs Gandhi’s manliness is amusing but unimportant. It is the spectacle of a journalist, an editor, mocking a political party’s intention to repeal rights-erasing laws that we should attend to. It’s a cautionary tale which teaches us that the logical terminus of unanchored pragmatism is an empty knowingness ready to receive just anything.