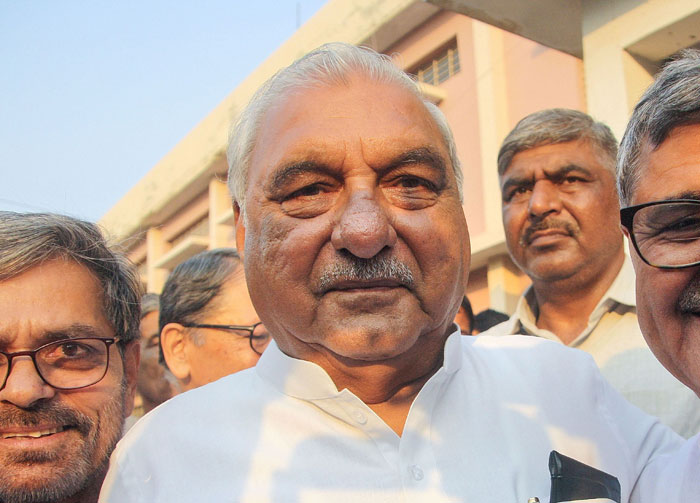 Wake up and fight. That seems the message to the groggy Opposition from the voters of Maharashtra and Haryana, who have given the BJP victories by margins much narrower than most people expected.

While Maharashtra has resurrected a demoralised Opposition from the rubble, Haryana has delivered the BJP a firm lesson that bad governance cannot be rewarded just because of the lack of a credible alternative.

These elections were hardly projected as a contest by the media, and few even in the Opposition mustered the nerve to question the predictions of an NDA cakewalk. But the people had other ideas.

The Congress had been in disarray since Rahul Gandhi stepped down as party president after the rout in the general election, triggering fears of a virtual one-party rule in the absence of a worthwhile Opposition.

The BJP exploited this to the hilt, raiding both Sharad Pawar’s Nationalist Congress Party and the Congress in Maharashtra to lure away a host of senior politicians.

The leader of the Opposition and chairman of the Assembly public accounts committee defected from the Congress to the BJP. So did at least 10 NCP veterans.

In Haryana, a faction-ridden Congress handed over the campaign’s reins to former chief minister Bhupinder Singh Hooda barely a month before the campaigning began, giving him very little time to make any difference.

Om Prakash Chautala’s Indian National Lok Dal suffered a vertical split, with his grandson Dushyant Chautala launching the Jannayak Janta Party in December 2018. This threatened to finish off Chowdhary Devi Lal’s legacy, and the presence of multiple Jat-based parties appeared to play into the BJP’s hands.

The BJP’s chances were further boosted when the Centre revoked Jammu and Kashmir’s special status.

The party used the move to ratchet up the nationalist rhetoric during the campaign, pushing all local issues off the stage and appearing to snuff out whatever flickering hopes a rudderless and demoralised Opposition still entertained.

The Opposition had also to grapple with an image crisis when government agencies arrested former Union minister P. Chidambaram and senior Karnataka minister D.K. Shivakumar in corruption cases and served notices on several other leaders.

Add to this a severe resource crunch and fears about the manipulation of the electronic voting machines, and it seemed the Opposition was participating in these elections just to complete the formalities.

Some media outlets amplified the message of the BJP’s dominance by lapping up slogans like “Abki baar, pachhattar paar (This time, we’ll cross 75)” — an oblique claim about winning 75 of Haryana’s 90 seats.

Most exit polls gave the Congress between 3 and 10 seats in the northern state.

In 288-seat Maharashtra, the BJP-Shiv Sena conjured up visions of crossing 200 and the Congress-NCP combine struggling to touch 50. Even the Opposition didn’t contest this perception, resigning itself to what seemed an inevitable drubbing and busying itself with internal squabbles.

The Congress had no clear-cut hierarchy in Maharashtra.

The last-minute appointment of Balasaheb Thorat as the state unit chief seemed a nod to tokenism as he was not projected as the supreme leader, while former chief ministers Prithviraj Chavan and Ashok Chavan occupied themselves with their own elections.

Congress sources said the process of selecting candidates too suffered because of factionalism and the apathy of the central leadership.

While Sonia Gandhi didn’t campaign at all, Rahul went through the motions with a couple of visits to the two states.

Other senior leaders, including Priyanka Gandhi Vadra, stayed away.

Even the grim scenario of the economic slowdown, runaway unemployment and agrarian distress failed to motivate the Congress to challenge a BJP that was facing anti-incumbency and unfavourable ground realities.

Party sources now say that the results could have been much better had the organisational structure been established three months before the elections, avoiding a leadership crisis that created the impression that the Congress was disintegrating.

The results show the Congress has gained more in seats with sizeable Dalit populations and in northern Haryana, which is reeling under an industrial crisis and job losses.

A more powerful campaign about Dalit disenchantment and rural distress could therefore have paid off in both states.

Preliminary reports suggest that the BJP’s vote share in Haryana has fallen by more than 21 percentage points since the parliamentary polls barely six months ago.