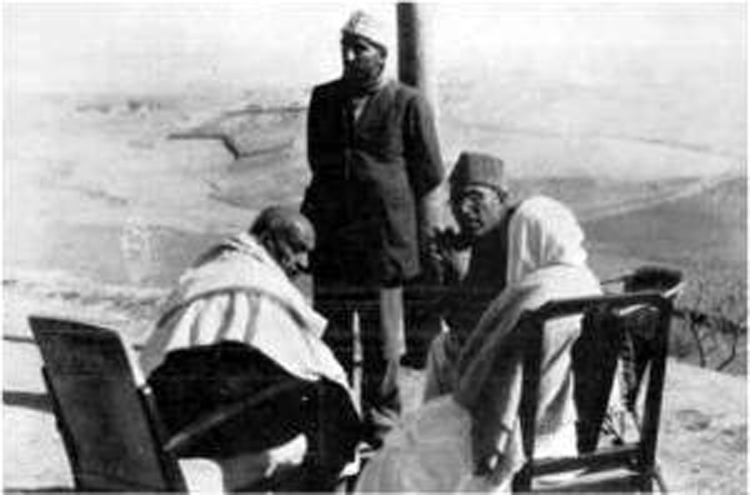 Like many other political compromises, the history of Article 370 of the Constitution of India is rich and complex. However, following its nullification on August 5, 2019, the dominant narrative regarding its origins and operation has been simplistic and tendentious. The final form of Article 370, creating special status for Jammu and Kashmir, has been attributed primarily to Jawaharlal Nehru’s poor negotiating skills. Blame for its perpetuation has been placed on the Congress and its politics of appeasement. If responsibility of integrating J&K had been left to Vallabhbhai Patel, it is argued, history would have been written quite differently.

The counter-narrative has been more nuanced. Take Srinath Raghavan’s wonderfully wide-ranging lecture titled, “Kashmir: The State and the Status”. Raghavan argues that Patel was not only home minister at the time Article 370 was introduced but also a centrepiece in its deliberations. Further, that Article 370 was meant to be temporary only till the J&K Constituent Assembly decided for itself its constitutional relationship with India.

Raghavan is correct in much of what he says. But it is what is glossed over that reveals much about the partisan nature of the public discourse today. Raghavan’s conclusion from Patel’s involvement as home minister in the process of drafting of Article 370 is that Patel is responsible, like Nehru and other ministers, for the special relationship between J&K and India reflected in Article 370 (a news website quotes him as saying Patel is the “architect of Article 370”). This is a historically unsupported inference.

It is a platitude that every member of the Constituent Assembly, which approved the draft of the Constitution, bears responsibility for its provisions. But the drafting history of Article 370 demonstrates that Patel was only a bit-part player. The draft was piloted by N. Gopalaswami Ayyangar, the minister of transport, who had earlier been the prime minister of Kashmir. His back-and-forth with Sheikh Abdullah on the actual drafting was handled by K.V.K. Sundaram, the law secretary, and Vishnu Sahay, secretary, Kashmir Affairs. V.P. Menon, secretary in the ministry of states, played a critical role.

One might argue that these deliberations were taking place under Patel’s overall supervision as home minister. This would have been correct except when considered in light of Patel’s general views on the importance of J&K. Rightly credited for the seamless integration of approximately 550 princely states into India, Patel simply does not appear to treat J&K as his priority. Junagadh, a small princely state in Saurashtra, became, in the words of his secretary, V. Shankar, an issue of “patriotism and prestige” for Sardar. He manipulated neighbouring princely states to accede, propped up local leaders and ensured that the army moved in when opportune. This made administration of Junagadh, a Hindu-majority province with a Muslim ruler, a near-impossibility, causing the handover of the state to India.

The princely state of Hyderabad was a bellwether for Patel. Its location meant that non-accession would result in it becoming, in his words “an ulcer in the abdomen of India”. He declared that “If Hyderabad did not behave properly, it would have to go the way Junagadh did.”

In contrast, Patel showed none of this zeal when dealing with J&K. He was content with the Maharaja deciding the fate of the state and refused to conclude a standstill agreement with it. In what is perhaps most revealing, at the time of the unification of Kathiawad states, of which Junagadh was a part, Patel says: “One State remains which is still causing us some anxiety. It is the State of Hyderabad.”

J&K, too, had not acceded by then but it appeared to matter little. It is thus anyone’s guess how Patel would have handled Kashmir if he did so himself. But it is a reasonable inference that he chose not to do so because he didn’t find it important enough. Patel was neither central to Article 370 as Raghavan suggests, nor is there any evidence that his centrality would have ensured full integration of Kashmir with India, as is assumed by the governmental narrative today.

Raghavan also speaks of the continuing dilution of Article 370 through presidential orders that have made the Constitution of India almost entirely applicable to J&K. Moreover, his argument is bold and intellectually honest, especially since in result, it supports the governmental argument that Article 370 has outlived its shelf life. But whereas the Government of India sees the dilution of Article 370 as a sign of weakness, Raghavan sees it as unconstitutional duplicity. Both these inferences are mistaken.

The creeping application of provisions of the Constitution of India to J&K was part of a well-considered policy of the GoI to incrementally integrate the state fully. A constitutional death by thousand cuts, it was neither weakness on part of Delhi, nor appeasement. Gulzari Lal Nanda, the former home minister, described Article 370 as “a tunnel” and presidential orders applying various provisions of the Constitution of India as “a good deal of traffic” passing through it. Further proof of its deliberate use to fully integrate J&K was provided by Nehru who said in November 1963: “the process of gradual erosion of Article 370 is going on... we should allow it to go on.”

Where Raghavan is incorrect is in laying the blame for the dilution of Article 370 over the years solely on Delhi. The basic feature of Article 370 was that it required two hands to clap — any modification to the article itself, or any modification to any provision of the Constitution as applied to J&K, would require a presidential order (role for the GoI) and the concurrence of (or in cases relating to foreign affairs, defence and communications, consultation with) the J&K government. Further, if any such modification was proposed at a time the Constituent Assembly of J&K had not convened, it would additionally require the assembly’s approval.

Thus, for every presidential order under Article 370 diluting the special status of J&K, both the popularly elected J&K government and the GoI substantively agreed (except when the state was under governor’s or president’s rule which Raghavan correctly points out as constitutionally dubious). For example, in the extension of Article 356 to J&K, the Constitution (Application to Jammu and Kashmir) (Third Amendment) Order was passed with the concurrence of the J&K government on December 21, 1964. Further, amendments to the Constitution of J&K, such as the one that replaced the Sadar-i-Riyasat with the governor in 1965, were made, not as Raghavan states, by the GoI, although it might certainly have been at its instance. The amendments were legally made in accordance with Article 147 of the J&K Constitution by the J&K legislative assembly on April 10, 1965. The conclusion is inescapable: the powers that be in J&K were complicit in the erosion of their own autonomy.

Politicians often tend to favour simplistic explanations ambivalent about the sanctity of historical facts. But as facts tend to wither in the public discourse, it is even more crucial for right-minded citizens to state them bluntly. The tale that emerges may not be black-and-white. But if our past is complex, we must embrace such complexity and not succumb to an artificial simplification that tells a more compelling tale.