How would the government manage the crisis if it believes in a hands-off approach? It would have to suppress dissent and criticism 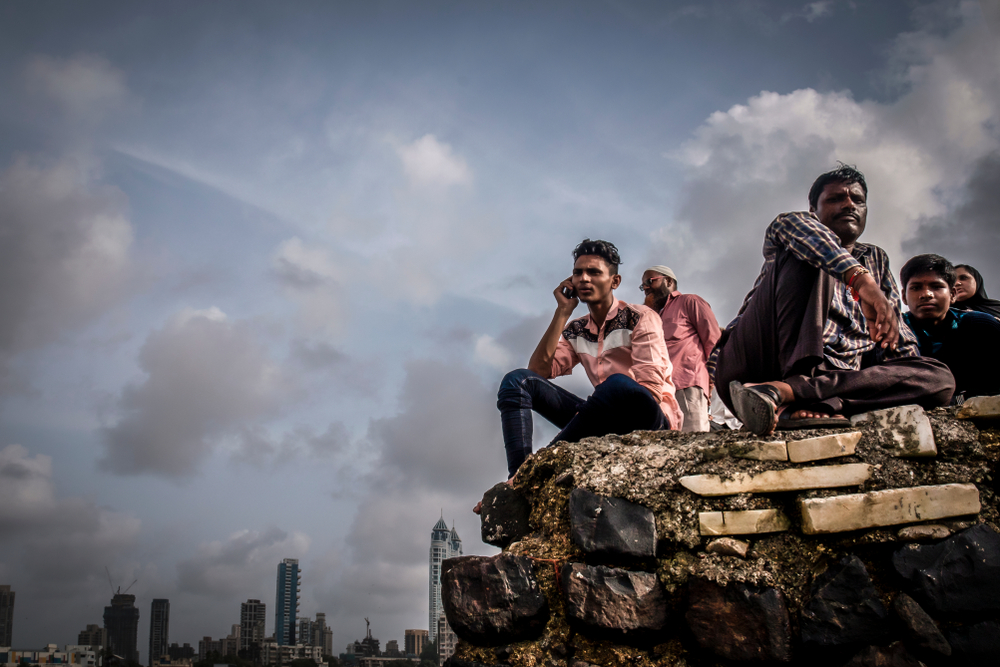 Jobs becoming obsolete are expected to surpass the new jobs that would be created. The latter will be for people with high cognitive skills and analytical abilities. India has no contingency plans like universal basic income or skill training schemes, and its higher education system is outdated
Shutterstock
Anup Sinha   |   Published 11.09.19, 07:33 PM

Market capitalism suffers from, what psychiatrists describe as, bipolar disorder. The affliction leads to alternate periods of elation and depression. This ailment can be controlled and managed by treatment, but never completely cured. The Indian economy is currently in a state of changing moods, from euphoria to dejection. There are unmistakable signs of slowing down and growing misery — low demand, absence of private investments, rising unemployment and stagnating production in many important sectors of the economy, including the agricultural sector where farmers are in acute distress. Two questions come to the mind of ordinary citizens: what is the cause of this impending gloom about the economy, and what, if anything, can be done about it to improve the situation?

Let’s take the second question first. That the economy is not in proper health is accepted by even the most die-hard Bharatiya Janata Party supporter. The issue is whether we need to do anything about it. An ideal analogy would be the situation when we fall ill. There are many people who have strong faith in the built-in natural immune system of the human body and refuse to take strong medicine with harmful side effects that could be long-lasting. There are others who believe in taking quick action and allowing the medical practitioner to prescribe medicines that modern science has to offer. Economic policymakers are split along similar lines. There are conservative economists who believe that the market system can, given a little bit of time, recover automatically from its ailment of unemployment and low levels of output. The logic is simple: if there are unutilized resources like capital and labour, their prices (provided market prices are allowed to be flexible) will fall. This would be a signal for producers to hire more workers at a lower wage and use more productive capacity. Output and income would then increase. Markets would return to health, once again. The government has no role in this. Indeed, it should remain hands-off and not mess up by meddling with medicines with strong side effects.

There are other economists who believe that this process could take a long time to return the patient to good health. Meanwhile, individuals and firms affected would suffer or protest, neither of which is a situation that is politically palatable to governments. Unless, of course, the government cares little and can suppress dissent or deflect attention with demonic craftiness. Moreover, prices are usually inflexible in a downward direction. Take, for instance, wages in organized sectors. Price of labour is usually contracted for a period of time during which it is impossible to force wage cuts on workers. Hence, these economists call for some treatment after a diagnosis of which specific symptoms need priority attention. For instance, if credit is expensive and credit flows are clogged, then reducing the cost of credit and increasing the liquidity of the financial system might work. If there are new opportunities and growing demand, lower cost of loans and greater flows of loanable funds can do the trick. On the other hand, if the sentiments of the investors are pessimistic and they do not foresee new demand for their goods and services in the near future, they will be loath to expand businesses even if the cost of credit is low and loans are available easily. In such a situation, the prescription is for the government to spend directly on public investments, such as infrastructure or expansion of education and healthcare facilities by borrowing.

In India, at the moment, the current government believes in a hands-off approach. That belief was well reflected in a statement made by the chief economic adviser that Indian industrialists need to grow up and not come running to the government for help when they start making losses. What the government’s approach has been is to use monetary policy to lower the cost of borrowing by reducing the benchmark interest rates. Banks on the other hand, stuck with a large amount of bad and doubtful loans, are not ready to open their purses and take on fresh risks even if there were borrowers lined up in front of their offices. To restore some confidence, the finance minister of the nation has committed a large infusion of fresh capital into the banking system. The amount committed is close to the amount it has taken away from the Reserve Bank of India’s kitty. This would avoid increasing the budget deficit of the government. The real trouble is that there are very few new takers for loans. The senior most officer of the largest bank, the State Bank of India, has proclaimed that he is sitting with a loanable funds kitty of one lakh crore and can disburse the amount in one month’s time. What he refrained from saying was that this would be well-nigh impossible to lend due to the paucity of borrowers.

International capital as well as large corporations, domestic and foreign, tend to prefer non-interfering governments with low deficits. The reasons are straightforward. They do not want the government to compete in profitable areas. Borrowing by the government also increases interest rates and this elbows out private borrowers from the funds markets. A government that is financed and endorsed by large corporate power is very unlikely to indulge in big-ticket public investment projects. Instead, as a recent press report suggested, there is consideration to bring down the minimum legislated wage rate in the country from Rs 300 a day to Rs 200 a day. This would stimulate demand and recovery as the hands-off approach suggests. Restoring the purchasing power of the middle and poorer classes of society would require some form of systemic redistribution of wealth from the very rich elites. Economic inequality in India has increased at an astonishing pace in the last three decades. It will be very difficult for any democratically elected government to upset the apple cart that would disturb the wealthy and the powerful.

There was another question we had raised. What caused this state of affairs? It is not unusual for a patient to have bipolar disorder. However, this time, there is an added systemic risk the patient will have to face. That is the inexorable march of automation and the huge disruption it will bring to the labour market in the coming few years. Jobs becoming obsolete are expected to surpass the new jobs that would be created. The latter will be only for people with exceptionally high cognitive skills and analytical abilities. India will not be an exception to this global trend. However, we are not ready with any contingency plans like universal basic income or new skill training schemes. Our higher education system is becoming outdated day by day. The economic weaknesses are both cyclical and structural. How would the government manage the crisis if it believes in a hands-off approach? It would have to suppress dissent and criticism. One political answer to all of this is to have a permanent state of undeclared emergency with severely curbed fundamental rights and civil liberties. We will still have a chattering class of sycophants applauding on the sidelines, relishing the suffering of others.

Capitalism is growing old. Bipolar disorders usually become more acute and complicated with age, especially if left untreated. Its institutions are becoming weak and dysfunctional. People crave for order amidst chaos. They do not always have the foresight to realize that the desired order can be best found in a jailhouse or a cemetery.

World economy growth to slow in 2019