Advertisement
Home / Opinion / The hollowness of the National Education Policy

The draft indicates a complete unwillingness to address questions of caste, gender and equality 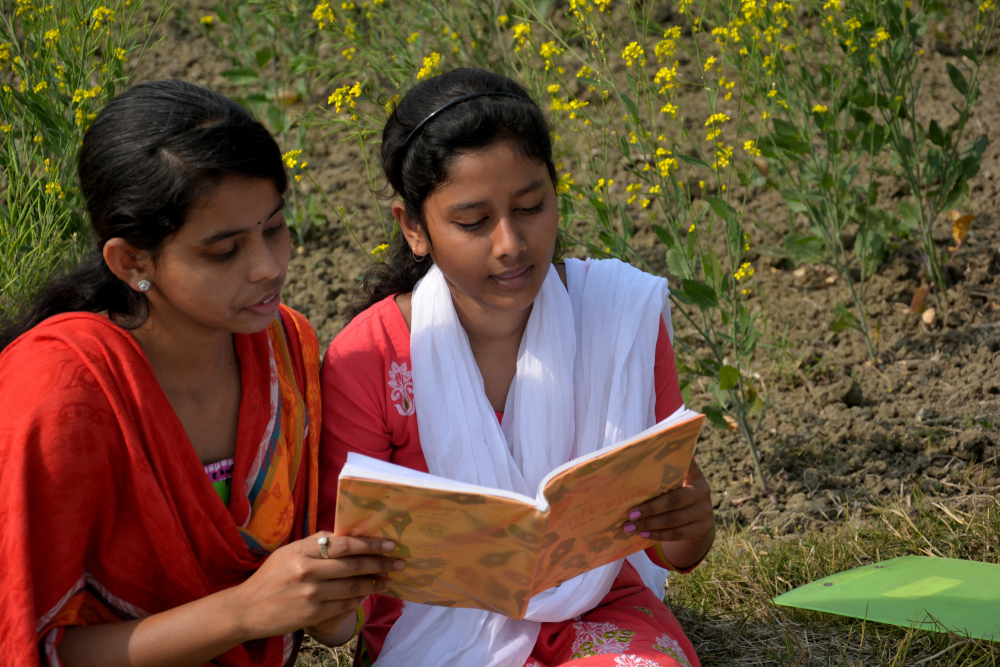 Two elements of the colonial impact on India’s knowledge traditions deserve mention. The first is the pervasive cultural amnesia about India’s intellectual failures and accomplishments. The second element is the frequently noticed ‘time-lag’ between the knowledge in the West and here
(Shutterstock)
G.N. Devy   |   Published 02.08.19, 04:00 AM

For the last couple of months, the country has been occupied in a discussion on the draft national education policy. Academics and academic institutions are worried about the impending spectre of having to move from a well-established order of universal knowledge to a proposed new paradigm of knowledge drawn from ancient Indian sources. This may eventually turn out to be an ill-founded suspicion. I hope it does. It may also turn out to be the prelude to a cultural revolution aimed at ‘purifying’ minds and resulting in a radical social engineering. Let us hope, at least naively, that 21st-century, modern India will be spared the trauma. Given the prevailing political composition, the policy may indeed come into effect. However, the transition from the prevailing order of universal knowledge to any brand of ‘Indian’ knowledge will require tackling a complex legacy of philosophical impossibilities. Neither the realm of universal knowledge, nor the realm of any tradition within Indian knowledge, is made of intellectual furniture that can be replaced at will by another or a competing set of intellectual furniture.

In attempting any comparative study of the Western and Indian knowledge paradigms, a difficulty one faces is that meanings of the concepts that form the building blocks of knowledge are not exactly identical in the two traditions. The terms like ‘gnosis’, ‘logos’ and ‘philosophy’ used in the West are translated in many Indian languages by using terms like ‘gnan’, ‘vidya’ and ‘darshan’. ‘Philosophy’, for instance, refers to a perspective for approaching a set of questions and a logical framework used for understanding phenomena such as Existence, Universe, Knowledge, Reason, and so on; but ‘darshan’, the Sanskrit for ‘a school’ or ‘a grand theory’, is closer to vision or the process of viewing rather than the view itself. The difficulty is further compounded by the continuous shift every few centuries, on both sides of the comparison, in the semantic associations constituting these terms. For instance, ‘Veda’, initially meaning ‘knowledge’, started indicating ‘articulation of knowledge’ towards the end of the Vedic period.

Ever since the modern West came in contact with India, the scholars in this area have been copious and have produced a vast amount of literature on Indian culture and traditions. Even a cursory survey of all of it would require several volumes. However, as a point of take-off, I allude to Friedrich Max Müller’s The Sacred Books of the East (1879-1910). He was quite generous in complimenting the wisdom found in ancient Indian literature. Of course, the superlative adulation of the India of his imagination was not commonly shared in scholarly circles and he was an exception among his European contemporaries and peers. The overwhelming majority of European administrators, scholars and researchers of his time had internalized the idea that British rule was necessary for ‘civilizing India’, a divine duty fallen upon them which they had accepted as a moral burden.

These views, whether negative or superlative, inevitably influenced the self-image of Indian thinkers of the time. Similarly, there was great excitement and acceptance of ‘English education’ throughout the 19th century. On the other hand, a dismissal of Indian forms of knowledge was common among the native literary class in India. The rapidity with which European learning was introduced in Indian colleges and universities through the second half of the 19th century led Mahatma Gandhi, during the 1930s, to take a rather uncharacteristic reductive stand in relation to the condition of education in India. Yet, despite being culturally irrelevant, that body of knowledge has by now become the core substance in Indian education. This may be described as ‘unfortunate’. Yet, any attempt to ‘replace’ this body of knowledge at this stage in India’s history is bound to generate an equally unfortunate situation or worse still.

If one has to take a relatively objective view of the colonial impact on India’s knowledge traditions, two significant elements deserve mention. The first of these is the pervasive cultural amnesia about India’s intellectual failures and accomplishments. This amnesia has more or less exhausted Indian scholars’ ability to establish any organic link between the past and the present. For the last two centuries, Indians have either entirely dismissed all that India had cultivated as ‘knowledge’ in theory, art and craft as well as in a million every-day tasks. Or else, they tend to think that ancient India had all knowledge in all domains and tend to glorify that imagined past. The second element is the frequently noticed ‘time-lag’ between the knowledge in the West and that in India and the absence of parity between the knowledge production in the global West and the global South.

There are several other countries such as Ireland, Canada and Australia which too had to fight the Western attitude of disapproval of the knowledge coming from the former colonies. Though the colonial experience can be justifiably held responsible for India’s disproportionately low contribution to ‘knowledge’ during the last two centuries, focusing on colonialism alone may not perhaps yield the complete story of our failure. For completing the story, one must turn to the text of a lecture that B.R. Ambedkar — a formidable scholar, mass leader and the architect of free India’s Constitution — was to, but could not, deliver at Lahore and which was published in the form of a book under the title, Annihilation of Caste (1936).

Ambedkar presents in this work a scathing analysis of social inequalities prevailing in India for over two millennia and a passionate plea for a genuine equality. Ambedkar was probably the most educated of the Indian leaders of his time, with degrees from Columbia and the London School of Economics. ‘To educate’ the deprived classes for creating an equitable society was one of his non-negotiable articles of faith. His analysis opens up the ‘knowledge’ question in India, taking it beyond the easily available proof of the culpability of colonial domination, and takes it right to the ancient times when various theological schools inscribed discrimination as a social norm in India. There is no doubt that the caste discrimination in the past, and in the present, and the colonial cultural domination and the continued ‘knowledge imperialism’ of the West both have their share in reducing ‘knowledge’ in India to pauperization and ‘education’ in India to a savage mockery of the idea of learning.

The hollowness of the drafted education policy can be seen in its complete unwillingness to address the questions of caste, gender and equality. Will the proposed education help the society become less severely caste-tormented? Will it reduce the class divide? Will it cure us of the great gender divide, which has remained the bane of education in India all along? The proposed policy has no answers to these necessary questions. Probably, the active promotion of the view that the State is not obliged to protect education from becoming a service-market is indicative of the fact that when it has had its run, Indian society will be left even more fragmented than it already is. The insane desire to replace everything Western by things Indian may sound attractive as pseudo-nationalistic jingoism; but since that is philosophically unviable, the attempt may leave the learners pathetically partial in their understanding of the world. The lop-sided Indianist education, if it were to become so, will result in dealing a big blow to science and rationality.

I have been a teacher for five decades. I think the education policy that will soon get slapped on the present generation of learners will be among the worst misfortunes they will have faced.