Advertisement
Home / Opinion / The general is too loud

The general is too loud

Well-established boundaries between army and political establishment must be honoured 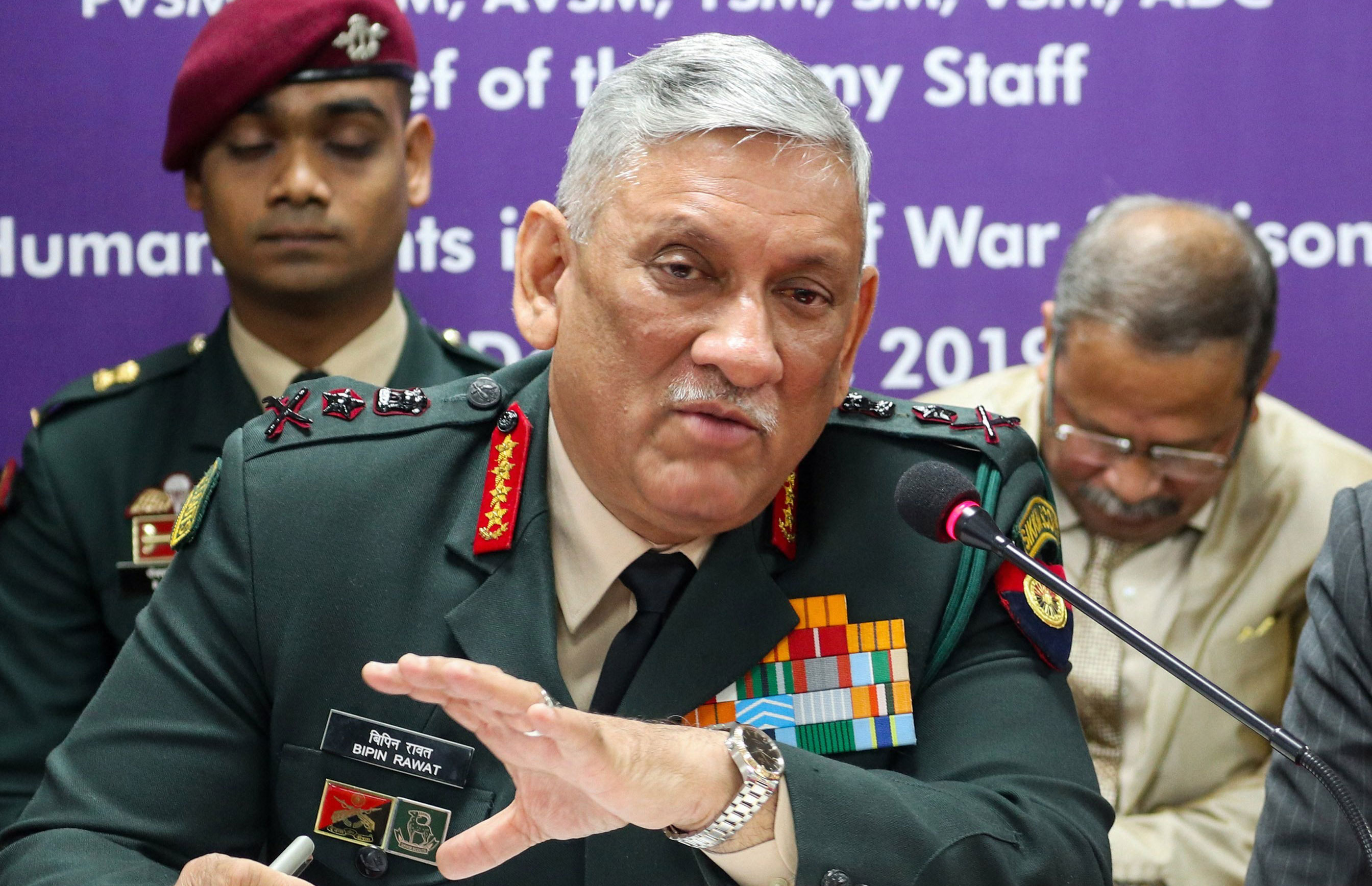 Sound pollution is a hydra-headed spectre in the Indian context. There are, of course, the blaring horns of automobiles that add to the cacophony on the roads. Then, there are the loquacious leaders who routinely spout outrageous wisdom. Surprisingly, India’s army chief, Bipin Rawat, could have a special seat reserved for him in this chamber of shrillness. He has courted controversy regularly, speaking out on, among other issues, women combatants and disabled soldiers. Most recently, Mr Rawat decided to preach a sermon on leadership, saying that true leadership is not about leading the people towards wanton destruction. The general, presumably, was referring to the vandalism allegedly perpetrated by those protesting against the unconstitutional Citizenship (Amendment) Act. For some strange reason, this kind of violence has taken place only where the Bharatiya Janata Party is in government. Can Mr Rawat say with certainty that the violence was caused by the protesters only? There are numerous examples — an incident in Bengal’s Murshidabad being one — that suggest that the mischief may have been caused by goons patronized by those opposing these spontaneous public protests. Mr Rawat’s gaze, much like that of the prime minister, is blinkered. Both men, occupants of high office, have chosen not to speak out against the targeted retaliation by the police in Uttar Pradesh. Distinguishing dissenters — they are integral to a democratic set-up — from an unruly mob, in or out of uniform, is, evidently, beyond Mr Rawat’s ken.

But there is a greater transgression that must be taken note of in this context. It is Mr Rawat who is guilty of crossing a well-established boundary. India, unlike its neighbours in the west and the east, had, since its inception, chosen to erect a line between the army and the political establishment. The credit for this must go to that visionary, Jawaharlal Nehru, who understood the need for such segregation. Only a durable border between the army and political power could strengthen democracy while insulating the armed forces from politicization. It appears that the border is now under siege. The BJP loves milking the army’s valour for political ends. Is Mr Rawat now returning the favour with his unacceptable views? The attraction for the post of the chief of defence staff seems irresistible.

General, it’s none of your business