The Empress of Ancient Indian Studies 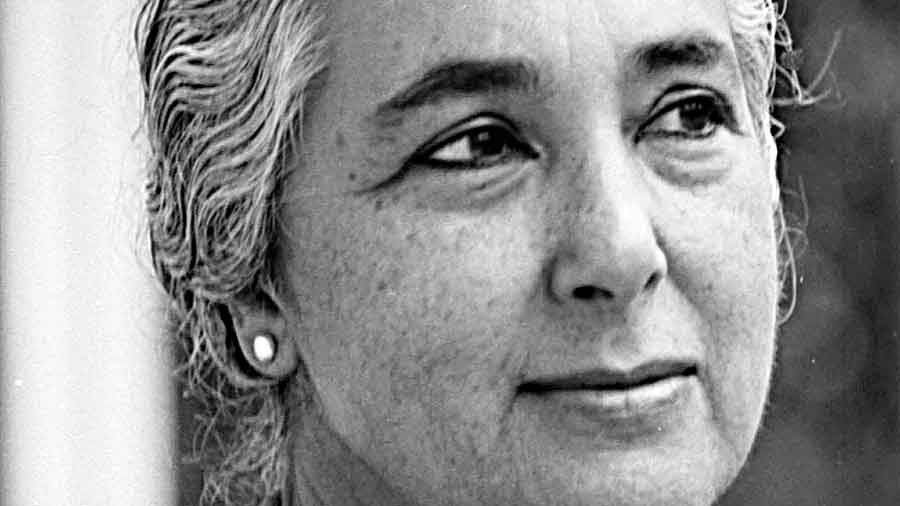 Some anniversaries wait uneasily to be reached in the calendar. November 30, more than three months away, is one such. As the date when Romila Thapar turns ninety, it asks to be celebrated ahead of its click.

Described as the ‘pre-eminent historian of ancient India’, she is exactly that. Just as Amartya Sen is the pre-eminent exponent of development and welfare economics. ‘Left-leaning’ would be another description of her — and, of course, of him — in a journalistically apt sense. But as a summary of their intellectual resources and energies, it amounts to a flat cliché. Both those descriptions show how the accurate can be incomplete and the correct, inadequate.

Master of history’s faded scrolls and eras dullened grey-green by the patina of time, her mind wears an exploratory helmet that is all her own. To it has been fastened a head lamp lit by batteries, again, of her own ‘charge’. This instrumentation, if it may be so called, has sharpened the outer details of all the images she is examining and has vivified their inner lives.

Asoka was written about extensively and engagingly from much before Romila Thapar, and will doubtless continue to be the subject of enlightening scholarship in the future as well. Professors of Ancient Indian History, Upinder Singh and Nayanjot Lahiri, have, for instance, made outstanding contributions to recent understanding of the great Mauryan. H.G. Wells’s glowing and lyrical description of Asoka as one who “shines and shines almost alone, a star” has entered the crannies of every school-child’s memory of the ‘Asoka class’.  But in her masterpiece on Asoka, Romila Thapar corroborates what every reader of the edicts cannot but notice but might not say, out of respect for the man, that the remorseful and morally-ignited ruler was not without his own style of vanity! The self-praise in his edicts reveals a mind that can be profoundly driven by an ethical voltage but not without an ego of its own.

From the time in school that I first came across Asoka’s description in his Edict XIII of the Kalinga War, I wondered what might have become of the one hundred and fifty thousand captives who were carried away from Kalinga. Thapar says, with her reasoning explained, that it is likely that they were used for clearing forests or put to other forms of arduous labour on land for which the empire may have lacked manpower or means. Her inter-connected use of materials from within the world of Asoka’s Edicts and from outside, as from Sri Lankan sources, has lit up the story with fresh insights and clarifying knowledge. And to this collating, she has added penetrative analyses that go beyond the ruler himself to the state of society in his times. If personalities from Asoka’s times come stunningly to life in her narration, it is not because she uses the arts of dramatization but because she interfolds the seams of possibility and probability with corroborative evidence to differential effect.

Her work on Ancient India balances the country’s north with its south in a way that is chastening for any reader prone, by placement and practice, to take an ‘upper Indian’ view of our longitudinally-mapped mental cartography. “What,” a student in a class I was giving on the Indus Valley Civilization’s entrancing story, asked me “was happening to our south when Harappa and Mohenjodaro were thriving?” Periyar E.V. Ramasamy would have applauded the querist. “Do not the great drains in Mohenjodaro suggest the presence of a class of scavengers?” asked another. Dr Ambedkar would have seen the point to that question. Romila Thapar’s works make valuable suggestions about these and similar questions, not from a vaunted finality but a persuasive setting out of evidence, invariably crossed with alternatives and opposites.

Our east and the west also slide with ease into her narrative, making the peoplehood of India matter. If traditional history-writing and teaching have been about dates trying to bring the past to life, her books are about lives that bring dates and places from the past alive. Human society, with its coarse and its fine, is the large and living backdrop for the procession of events as unfolded by her, not a slim and snippable margin.

But apart from what one learns from Romila Thapar, there is that one unlearns. And this is where perhaps her greatest contribution lies. She tells us that history-writing and history-learning in and about India brim with prejudices and pre-dispositions, which make of our past a pair of ever-widening scissor blades between the country’s Hindu and Muslim populations. Sparing neither of the blades for their divisive intent, she shows through an acute study of facts that if Turko-Persian and Sanskrit-Jaina texts can describe, Rashomon-like, the same happening with totally different viewpoints, the truth has to lie elsewhere than in their depictions. Her Somanatha, The Many Voices of a History is a focused account of how showing the story of medieval and modern India as a story of two antagonisms is a-historical and fraught. And this achievement of Romila Thapar’s places her beyond the accurate description of ‘pre-eminent historian of ancient India’ to a space where history and civilization intersect.

Master of the play of time that she is, Romila Thapar is strangely unbrushed by time herself. This, of course, has something to do with the fact that she makes for a stunning presence.

When Romila Thapar gets to a place somewhere, anywhere, she does not just ‘land up’. She arrives. The room may be crowded, the hall full, the lawn a-jostle, the airport lounge a flurry of bags and tags but if Romila has entered it, as quietly as she might, she is not to be missed. And this is not just about Broad Forehead, Groomed Head, Starkly Startling Jewellery. It is about the totality of her being — strong, sure and an example of what in Tamil English is called ‘a Don’t Care Master’.

I first met her at Peradeniya University, Kandy, Sri Lanka, in 1978 where she had come for an academic engagement, staying on that campus’s stunning guesthouse. She admired it hugely, she said, “But the people there put some durian in my room... I can’t stand that fruit... Its smell is disgusting.” That snatch of a conversation I have not forgotten. Though only fifteen years or so younger than her, I could not summon up the guts to say to her that the fruit may smell how it does but it tastes divine. Romila Thapar the historian has Euclidian objectivity. Romila Thapar the person has, I think, strong likes and dislikes and she makes no secret of them.

The Empress of Ancient Indian Studies will not, in the Ninth Decadal Year of her rich life, mind such an observation!