THE THIN EDGE | The desi exultation over Kamala Harris is absurd 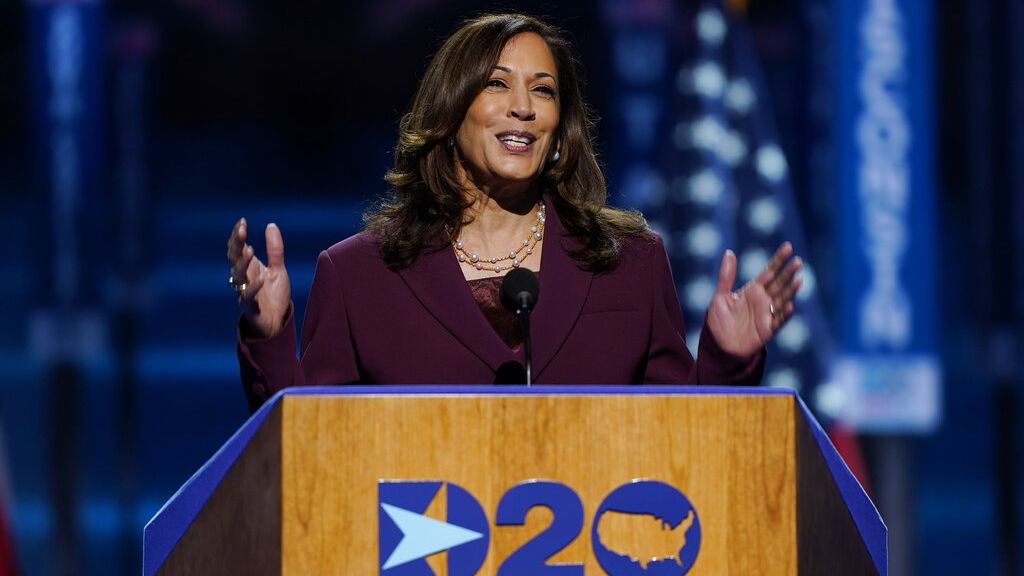 Sometimes I think we, the so-called educated Indian middle class, are inherently absurd when it comes to our interactions with Westerners, especially Anglo-Americans. There is the indiscriminate admiration for American or British leaders, there is the fawning, there is the sucking up to, the cringe-makingly desperate ‘Like me, please like me! Do you like me? Really really like me?’ Whether it’s Manmohan Singh saying to George W. Bush ‘India loves you’ or Narendra Modi hugging a Barack Obama who clearly wants to stay un-hugged and then simpering up to the miasma of smugness that is Donald Trump, we and our leaders debase ourselves in a heartbeat, repeatedly pawning our dignity for clinking small change when we come face to face with political figures from Washington or London. An appendage subset of this is the pulsating, almost orgasmic, excitement we reach when we come across someone of Indian descent who has either achieved something or attained some political power in Britain or the United States of America. It doesn’t matter which end of the political spectrum the desi in question comes from, whether they are called Patel or Sunak, Nikki or Bobby, Varadkar or Bharara — we ‘love’ them simply because they have some trace of our shade of brown.

The widespread exultation at Kamala Harris being selected as Joe Biden’s running mate is the most recent example of this long-running strand of foolishness. The video-clip of Harris making dosa has gone viral; the fact that she used the word, ‘chitti’, in her speech at the Democrat Convention has caused digital upheavals; there is fierce debate about whether she projects her Tam-Brahm side enough or privileges her Caribbean side; there are analyses of what her elevation to vice-president (and, oh my god, if something then happens to the septuagenarian Biden, to POTUS!) would mean for India, for us, for each and every one of the 1.3 billion of us.

There are a couple of things we need to remember about desi people who rise in transatlantic politics. Firstly, in order to make her/his way in the political jungle, the desi or half-desi woman or man would have necessarily broken out of whichever ethnic ghetto into which she/he was born. Put differently, nowhere in the US is the South Asian vote large enough for desi politicians to put their ethnic origins or acculturation front and centre; they would have risen precisely because they’ve been able to make people forget that they are of Tamil, Punjabi, Marathi or Gujarati descent. Secondly, the UK and the US (and one daresay Ireland and Canada) are still racist enough so that the degree of difficulty for any politician of colour is quite a bit higher than for someone who is of Caucasian descent; meaning, if you’re seeing a desi politician in the news, they would have had to prove themselves to their political party with extra levels of both efficiency and ruthlessness, qualities which will continue to operate when they are in power. Ergo, when such a politician assumes a position of power, do not expect them to pack special tiffin-boxes for India; in fact, expect the opposite, that they will feel the need to demonstrate to their team-mates in cabinet or the Congress or wherever that they are not influenced in any way when negotiating with someone of the same ancestry from what is essentially, a large, poor, pesky and problematic country on the other side of the world.

Kamala Harris is a middle-of-the-road Democrat, only very slightly to the left side of that middle. By all accounts, she was a tough lawyer before she entered politics. As a district attorney of one of the most radical and ‘lefty’ areas of the US, she was seen as a conservative but mostly fair law official. As is natural, all sorts of people at both ends of the political spectrum were unhappy with her and this continued when she rose to become attorney-general of California. Besides her formidable, if debated, work record across her time as DA and attorney-general, Harris made the political connections and alliances that allowed her to take the leap to Senator in 2017 and then to a contender for the Democrat nomination in 2019.

To look broadly at her record, the conviction rate for violent crime went up under Harris’s watch; she has been tough on guns and gun-related crime; she has been tough on domestic violence and crimes of prejudice against trans and LGBT people; some would argue that she led the way to the decriminalization of marijuana-possession in California; she has consistently been against the death penalty and has fought off pressure from police and political seniors to allow executions; most importantly (yet unsurprisingly for California), she opened up a whole department to investigate and prosecute environmental crimes.

The Republican attacks that have begun on Harris predictably bring up her relationship with Willie Brown, who was California assembly Speaker when she began her career as deputy-district attorney in 1990, and they accuse her of being the worst of all ogres, a ‘Bay Area lefty’. Harris has been robust in laughing off all smears of having ‘slept her way to the top’ and her record bears her out. Even as her stances on gun-control, marijuana, gay rights and the environment mark her out as anathema to Trump’s ‘MAGA’ supporters, she is far from being a lefty by the exacting standards of Berkeley — her home — paras and various large pockets on the west coast and in New England on the other side of the country; here there are many who see her as an ambitious, police-loving, jail-filling politico. The cynical assessment is that Biden needed to get in a woman, that too a person of colour, to counter-balance his own iffy record with its accusations of sexual assault and stamp of white male privilege. Among proper American lefties, there is also regret that some combination of Bernie Sanders and Elizabeth Warren has not been chosen to take the country towards the dawn of democratic socialism.

We in India can take this record of nearly 30 years of outstanding service and make different kinds of khayali pulao as to what it would mean for us if the Biden-Harris ticket were to win the election and Harris were to become (presumably) an active vice-president, fully participating in the planning and execution of a Biden administration agenda. That pulao can become a biryani if we project ‘our Kamala’ as a future, properly elected, occupant of the Oval Office. These are all projections into the deep outer space of the yet-to-come, well outside the solar system of our immediate reality. What is crucial for India, for the subcontinent, and for the world is that the man currently squatting in the White House be forcefully evicted by the US elections in November.