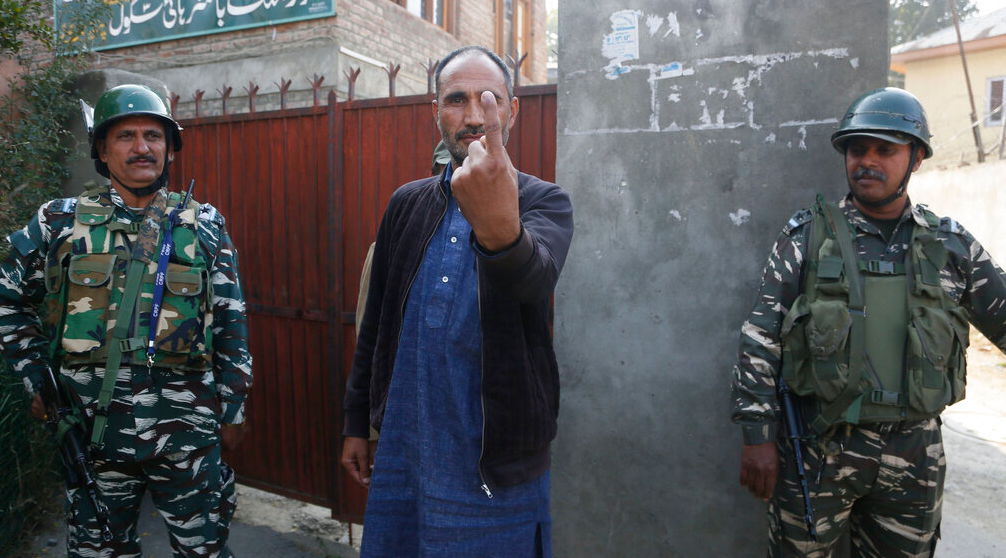 On May 7, 1965, with the anticipated return of Sheikh Abdullah from Saudi Arabia and other countries, the then deputy secretary of the government of India passed an order, under sub-rule (1) of Rule 30 of the Defence of India Rules, 1962, that as the Central government was satisfied that with “a view to preventing Sheikh Mohammad Abdullah from acting in any manner prejudicial to the defence of India and civil defence, the public safety and the maintenance of public order”, it was necessary to send him “to Ootacamund via Madras”. In the same order, it was stated that the travel arrangements, a flight to Madras and another flight from Madras to Bangalore and then a car journey to the final destination, that is, Ootacamund, were to be made by the Central government.

The order further stated that Sheikh Abdullah shall reside within the municipal limits of Ootacamund and he was also asked not to “communicate with any person except with the written permission of the collector of Nilgiris while residing within the municipal limits of Ootacamund”. A separate order under the same rules on the same date was also passed to prevent Begum Abdullah, wife of Sheikh Abdullah, from entering the state of Jammu and Kashmir. The orders were a consequence of some of the Sheikh’s engagements, considered apparently objectionable, during his travel abroad. He had originally travelled for Haj, although on return he made a detour to various other countries, including Algeria where he met with the Chinese premier, Zhou Enlai.

The order was executed and Sheikh Abdullah was first confined to Ootacamund for a few months and then taken to Kodaikanal. Travel restrictions were also imposed on his wife, Begum Abdullah, and other colleagues. Finally, he was transferred to 3, Kotla Lane, New Delhi on June 8, 1967, and then released on December 8 with some conditions. He was finally freed without any conditions on January 2, 1968.

Fifty-four years after Sheikh’s house arrest, in a different political context, when the political space in Kashmir is shared by many political actors and forces of various ideological hues, the authorities exercised similar discretionary powers to put under house arrest Sheikh’s son and three-time chief minister, Farooq Abdullah, and members of the political leadership that participates in the elections — referred to as mainstream in the popular narrative — as well as separatists. In this context, a clinical examination of nearly three months of various announcements and actions of the Central government after the August 5 legislative move is proving it to be a continuation of an old approach rooted in exercising discretionary powers and giving economic doles to achieve peace.

In many respects, this is contrary to the repeated argument of the ruling Bharatiya Janata Party that the state’s unique status acted as an impediment to national integration and that the state should be treated in the same manner as other states. The Union home minister, Amit Shah, has quite often pointed to “the 1987 Assembly elections in Jammu and Kashmir as a turning point for spread of terrorism”. He made that statement on the floor of Parliament during the debate on the Jammu and Kashmir reorganization bill, a point that he repeated on September 29 at a seminar. It is a reference to the rigging of the 1987 assembly elections by the Congress-National Conference alliance which is largely considered as an initial spark to militancy. The main spirit of the statement is that respecting political dissent is at the heart of any constitutional democracy.

In fact, after the start of militancy in 1989, the killing of separatist leaders like Mirwaiz-e-Kashmir, Muhammad Farooq Shah, on May 21, 1990, by militants demonstrated that the situation could not be understood or framed by binaries. A multi-pronged covert or overt political engagement on various tracks starting from the former prime minister, P.V. Narsimha Rao, was continued by successive governments, including those led by the former prime ministers, Atal Bihari Vajpayee and Manmohan Singh. The 1995 Burkina Faso statements of Narasimha Rao that the sky was the limit when it came to autonomy and the 2003 statement of Vajpayee that the talks could take place within the three principles of insaniyat (humanity), jamhooriyat (democracy) and Kashmiriyat (Kashmir’s age-old legacy of Hindu-Muslim amity) were examples of the extent to which the Indian State could go to accommodate. The killing of another separatist leader, Abdul Ghani Lone, in 2002, again on May 21, by militants reinforced the approach of calibrated engagement.

This engagement may have failed to bring tangible, visible benefits but kept open a channel of communication and provided a vital understanding of the particularities and complexities of various shades of separatist sentiment in the state. Also, there was no better alternative available to delve into the political dimensions of that fluid sentiment prevailing in the state.

Some of the post-August 5 statements are yet another replica of the past. In his speech, broadcast over Radio Kashmir Srinagar on August 10, 1953, Bakshi Ghulam Mohammed — who became the second prime minister of Jammu and Kashmir after the arrest of the first prime minister, Sheikh Abdullah, on August 9, 1953 — had given assurances about building anew the economic life of the people. He specifically mentioned that “the price of Shali, a variety of rice, in the city of Srinagar will be reduced by Rs 2 per Khirwar”. “Due attention will be paid to provide rations in the deficit rural areas.”

The same approach was the hallmark in the 1960s under the chief ministers Ghulam Mohammad Sadiq and Syed Mir Qasim. It was a period of massive inflow of Central funds to the state, including discretionary funds at their disposal that resulted in creating an environment of political and bureaucratic patronage and corruption. It was only in 1959 that the comptroller and auditor general of India took over the audit and accounts of Jammu and Kashmir as it did not have any jurisdiction on the state till then owing to the then provisions of Article 370. In its second report issued in 1960, its revelations are a pointer. The report found that in the month of March, which was the last budgeting month, there was a heavy rush of expenditure. For instance Rs 6,59,621 was spent on irrigation in Ladakh in March while Rs 6,18,198 was spent in the preceding months. Of the

Rs 21,01,751 spent on Poonch roads and buildings in the whole of 1959-60, as much as Rs 12,82,898 were spent in March 1960 alone. Following the same track of looking for a non-political antidote to political disaffection, on August 27, 2019, the governor announced 50,000 jobs, and said that the entire recruitment process would be completed in three months on a fast-track basis. The state sector is already bloated with a total of nearly 4,50,000 employees.

A low-hanging fruit as one of the justifications of the present legislative move could have been the automatic implementation of progressive legislations like the 73rd and 74th amendments pertaining to local self-governance. This is owing to the fact that after October 31, the provisions of the Indian Constitution would have been fully applicable to the state. However, in what seems to be a hasty move, the elections to the much hyped block development councils took place on October 24 across Jammu and Kashmir on the pattern of the old state law for local bodies, that is, the Jammu and Kashmir Panchayati Raj Act, 1989. Jammu and Kashmir had its own panchayati raj law which was centralized in scope as only sarpanchs, the village heads, and panchs, the five decision-makers of the village, are eligible to contest elections for chairpersons of the BDCs. This is contrary to the spirit of decentralization and to the 73rd and 74th amendments of the Indian Constitution, which provide for elections to every layer of governance. Except the BJP, most of the mainstream parties did not contest.

The August 5 legislation had given an opportunity to the Central government to make a break from the past and match words with action so that the people of the state can enjoy the same constitutional guarantees, including progressive legislations and civil liberties, that other people of the country take for granted. The trend lines on the political front are just the reverse. On the economic front, instead of laying the foundation for a more competitive market economy based on the comparative advantage of the state; proactively facilitating the growth of private health sector infrastructure as in other tier-II Indian cities — thereby lessening the burden on government hospitals, which could exclusively cater to poor patients more effectively — and institutionalized checks against corruption, announcing ad hoc employment schemes is the hallmark of the past rather than a new beginning. The policy announcements and actions of the Central government of the last two months, as of now, are proving to be old wine in a new bottle.

The writer is the author of Militancy in Jammu and Kashmir: The Uncovered Face