Seven years and two general election victories later, the BJP faces an imminent threat of the tide turning against it as discontent among the youth simmers 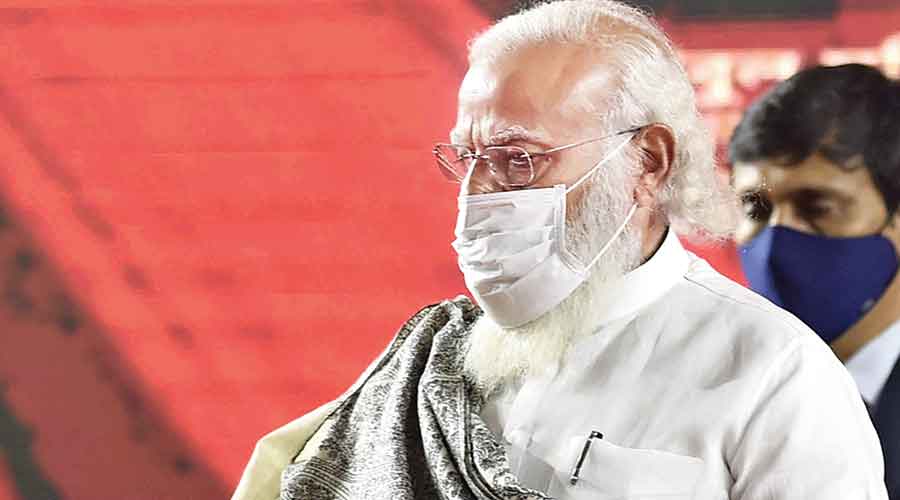 The fourth and the first virtual edition of ‘Pariksha Pe Charcha’ — Narendra Modi’s interaction with students, teachers and parents ahead of the board examination season — attracted sharp criticism from the Opposition. The interaction took place even as India was grappling with acute shortages in beds, oxygen and vaccines during the second wave of Covid-19.

‘Pariksha Pe Charcha’, Modi’s annual interaction with students aged 16-18 that addresses various aspects of student life, especially exam-related stress, seems to be a carefully crafted strategy to gain currency among young/first-time voters. But there is a paradox in Modi’s outreach towards this constituency that cannot be overlooked. Modi’s animosity towards India’s first prime minister, Jawaharlal Nehru, and for everything that the latter stood for is not unknown. Ironically, Modi, a consistent and bitter critic of Nehru, seems keen on emulating Nehru’s image to build a brand for himself. Neither has Modi been reluctant to take a leaf or two out of Nehru’s book. His interactions with students are a case in point.

The timing of the exercise — India is in the throes of a deadly second wave of the coronavirus — has reinforced the view that Modi and his government are perennially in campaign mode and have no qualms about turning a blind eye to governance. It also makes for bad optics for a government that is a past master in political optics. Then what explains the prime minister’s gamble of holding ‘Pariksha Pe Charcha’ at a time when it could become cannon fodder for the Opposition?

To understand the political rationale behind the move, we have to revisit the electoral verdicts of 2014 and 2019. In 2014, in a young and restless India growing increasingly cynical of its politicians, especially those in power, Modi’s ability to connect with the hopes and the aspirations of the young, especially those of first-time voters, had powered his maiden victory. The Bharatiya Janata Party got twice as many votes as the Congress among first-time voters. It is an undisputed fact that young voters played a pivotal role in the twin victories of the BJP in 2014 and in 2019. As a scam tainted UPA-II government was on its last leg, Modi appeared on the national stage as ‘the right man at the right time with the right rhetoric’, capturing the youth vote lock, stock and barrel.

Seven years and two general election victories later, the BJP faces an imminent threat of the tide turning against it as discontent among the youth simmers in the wake of rising unemployment, the mishandling of the pandemic and the shambolic state of the economy. The electoral constituency of young voters is too big to be ignored. There were 133 million first-time voters in 2019. In 2024, Gen Z, a colloquial term used to refer to those born after 1996, would become a potent electoral force. According to a survey by the Centre for Policy Research, as many as 46 per cent of Gen Z respondents are worried about the current state of the economy. Gen Z voters were also reported to be most likely to disagree with the current regime’s contentious ideological projects such as the Citizenship (Amendment) Act and the National Register of Citizens. Most of them (about 42 per cent) also disagreed with the clampdown on universities. Their views were in sharp contrast to those of older age groups that seem to be siding with the Modi regime.

The BJP is slowly losing its sheen and novelty among India’s youth. Having reached adulthood during the Modi years, it is unlikely that Gen Z or the first-time voters of 2024 would buy the BJP’s theory of 60 years of Congress misrule and dynasty politics. This gives a huge opening for the Opposition. Realizing this, the Modi government appears to have adopted a two-pronged approach. To silence dissenting voices of students and young activists, the Modi government has adopted a heavy-handed approach by invoking sedition and the draconian Unlawful Activities (Prevention) Act. The charges against a 21-year-old climate activist for sharing a ‘toolkit’ in support of the farm protests is symbolic of the brazenness with which the current dispensation plans to deal with the idealism of the politically informed young Indian.

As for the ‘apolitical’ young Indian, the prime minister relies on such public relations initiatives as ‘Pariksha Pe Charcha’. Whether this two-pronged strategy achieves success remains to be seen.