The implausible Russian tourists in Salisbury

Their clumsy assassination attempt shows how far the rot in the Putin regime has gone. 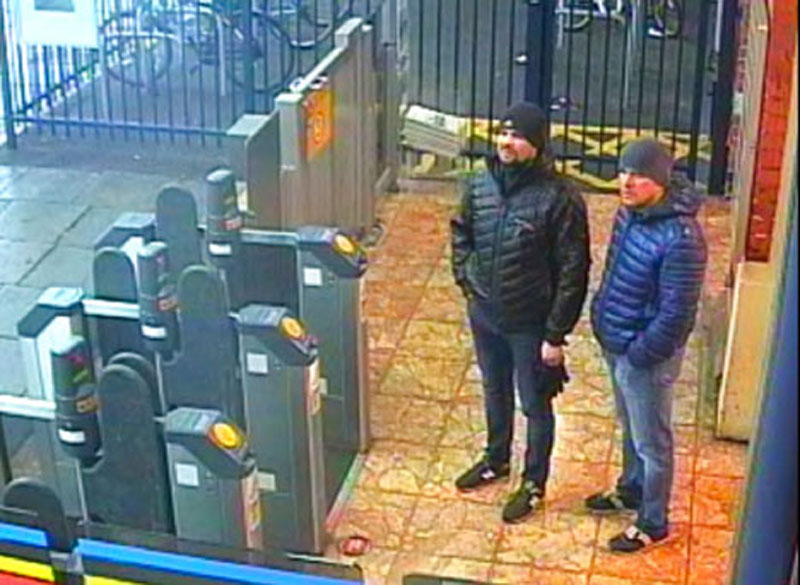 Salisbury is a nice old English town with a fine cathedral, only an hour and a half from London by train, but it doesn’t see many Russian tourists in wintertime. It’s not as cold as Moscow, but Russians tend to prefer Mediterranean destinations for holiday breaks in early March — unless, of course, they are planning to kill somebody.

The person of interest in Salisbury was Sergei Skripal, a former member of the Russian military intelligence service, who started selling information to the British in the mid-1990s and was caught and jailed by the Russians in 2004. He was pardoned and allowed to go to Britain as part of a spy swap between Western countries and Russia in 2010, and he settled in Salisbury.

On March 4 of this year, Skripal and his daughter, who was visiting from Moscow, were found semi-conscious on a bench in a street in Salisbury and taken to a hospital. They spent weeks in intensive care, and it was determined that they had been poisoned by Novichok, a Soviet-era nerve agent that falls into the category of banned chemical weapons.

Many people pointed out that it would have been foolish for Moscow to choose such a complicated method and risk exposure. Why wouldn’t it just hire a non-Russian hitman to do the job? But Moscow has done this sort of thing before: Russian agents, exotic substances, the lot.

Alexander Litvinenko, a member of the FSB, got into trouble after his investigation into links between Russian mafia groups and his own organization made him unpopular with Vladimir Putin, the FSB’s head. Litvinenko fled Russia for Britain after Putin took over the presidency in 2000. Litvinenko remained a harsh critic of Putin, and in 2006 Dmitry Kovtun and Andrei Lugovoy, both former FSB agents, were sent to London to kill him. CCTV images showed the killers with Litvinenko at a London hotel where they dosed his tea with a tiny amount of polonium-210, a highly toxic radioactive substance that would not normally be spotted because it does not emit gamma rays.

That was a reasonably competent operation, exposed only by bad luck. The 2018 operation was different. CCTV images showed Ruslan Boshirov and Alexander Petrov, two 30-something Russian ‘fitness trainers’, making a brief trip to Salisbury, presumably to do a reconnaissance, and back to the town to do the dirty deed. But then it got weird. Putin publicly urged the two men to go on TV: they appeared on RT, a Russian international news channel, to explain their brief trip (which gave them only 54 hours in England).

“Our friends had been suggesting for a long time that we visit this wonderful town,” said Petrov. They especially wanted to see Salisbury Cathedral, said Boshirov: “It’s famous for its 123-metre spire, it’s famous for its clock....” But they looked like heavies from Central Casting, and not at all like clock-tower enthusiasts.

Why did they only spend 30 minutes in Salisbury the first time? “It was cold.” (It was warmer than Moscow.) Why did they take another train down to Salisbury the next day? “We really wanted to see Old Sarum and the cathedral.” (Old Sarum is an Iron-Age hill fort near Salisbury that was closed on March 4.) On March 4, one of the CCTV cameras picked them up close to Skripal’s house and far from the cathedral or any other tourist attractions.

Is Russia deliberately trolling the British government to show its contempt? Probably not, because it has tried very hard to distance itself from the crime in other international venues. Did Putin’s regime put those two highly implausible ‘tourists’ on RT because it forgot that different standards of truth prevail elsewhere? Maybe.

But the likeliest answer is that these clumsy and self-defeating actions are indicators of how far the rot in the regime has gone. Elements of the system, like the armed forces (which have performed well in Syria), retain their efficiency and discipline, but corruption and incompetence rule elsewhere.