Smooth road ahead for New India 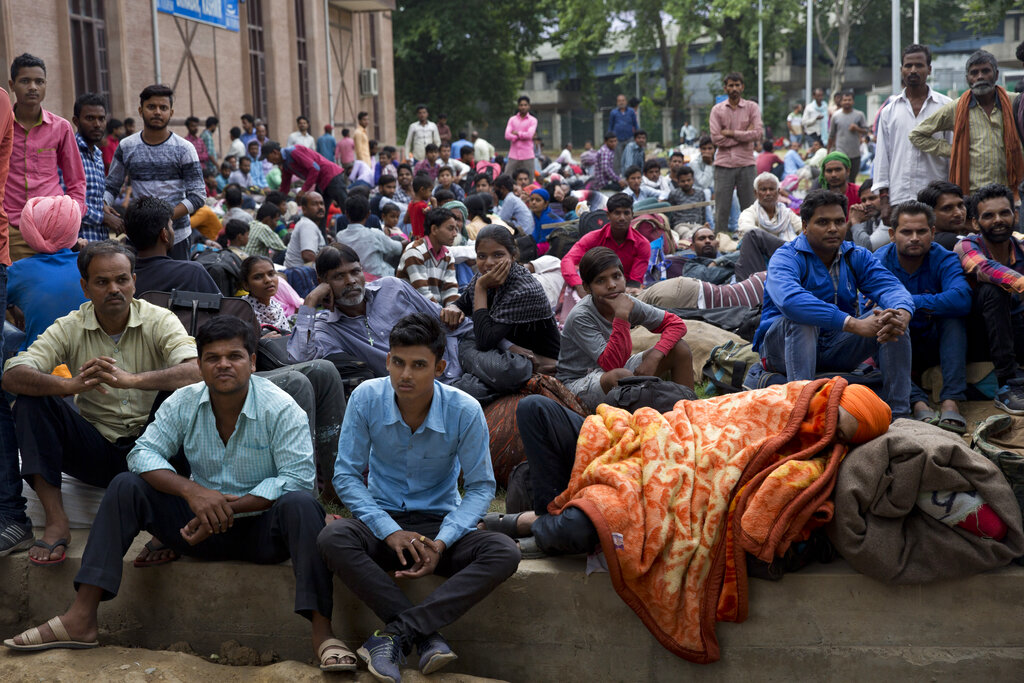 Workers wait to buy bus tickets in Srinagar on Tuesday, August 6. Hit by the security lockdown in Kashmir, hundreds of poor migrant workers are fleeing back to their villages in northern and eastern India.
(AP Photo)
Swapan Dasgupta   |   Published 08.08.19, 03:38 AM

In the end, it turned out to be much smoother than anyone could ever have anticipated. With meticulous planning and a show of political audacity that left opponents bewildered, the formidable Narendra Modi-Amit Shah combination succeeded in converting the iconic Article 370 of the Constitution from reality to history. What began last Monday morning in the Rajya Sabha concluded early Tuesday evening with the Lok Sabha putting its final stamp of parliamentary approval on the end of Jammu and Kashmir’s ‘special status’ in the Indian Union.

For more than six decades — ever since the custodial death of the Jana Sangh founder, Shyama Prasad Mookerjee, in Srinagar in 1953 — the abrogation of some provisions of Article 370 had been a permanent demand of the Jana Sangh-BJP. Along with making India a nuclear power, the introduction of a Uniform Civil Code and (since 1989) the construction of a Ram temple in Ayodhya, the full integration of Jammu and Kashmir had become a hallmark of the Bharatiya Janata Party’s distinctiveness. The demand, included in every election manifesto, epitomized the party’s unrelenting critique of India’s flawed secularism and became a focal point of its assault on the political consensus evolved by Jawaharlal Nehru.

For the 300-plus victorious BJP MPs that met in the Central Hall of Parliament in June for the second coronation of Modi, there was an expectation that this term would see the National Democratic Alliance government fulfil some of its ‘core’ ideological concerns. However, no one was entirely sure of the road ahead and how it would blend with Modi’s New India vision.

Their appetite was whetted when, despite earlier setbacks in the Rajya Sabha, the government pushed through the legislation to criminalize the iniquitous practice of instant triple talaq in the Muslim community. In a series of moves that offended the political purists and would probably have deterred the faint-hearted, the party put the knife into a demoralized and leaderless Opposition. Defying the sceptics, it secured a comfortable majority in the Rajya Sabha to complement its domination of the lower House.

The government’s conclusive triple talaq victory was indicative of the profound shifts in the political terrain. What was earlier posited as a battle over minority rights and, by implication, the secular consensus now became a struggle for gender justice. Prominent regional parties such as the AIADMK and the Biju Janata Dal sided with the government and, more important, few of the ‘secular’ parties were in a mood to carry their opposition to the first changes in Muslim personal law since 1939 to a logical finish.

Strictly speaking, the battle against Article 370 and Article 35A was not centred on secularism. As the BJP presented it, the whole issue revolved around a provision in the Constitution that was meant to be ‘temporary’ and ‘transient’ but which, over the years, had acquired an aura of permanence. Whatever may have been the BJP’s ideological motivation over the past decades, Article 370 was presented in Parliament as an impediment to the spread of progressive legislation to Jammu and Kashmir. The home minister, Amit Shah, — never one to shy away from a good fight — cast the special status of the state as a safety net for three families that had dominated the region for long. In the guise of autonomy, Jammu and Kashmir had deprived its people of women’s rights, political reservation for Dalits and tribal communities, investments for growth and infrastructure upgradation. His assault on a constitutional provision that had outlived its utility was eerily reminiscent of the post-Independence Congress’s battles against zamindari.

Like the attack on triple talaq, the government packaged its attack on Article 370 in terms of modernity versus archaic practices. In both cases, secularism wasn’t invoked, except perhaps by the likes of Asaduddin Owaisi who charged the government of herding Muslims into a Bantustan.

What the government underplayed but which explained the national acquiescence of the extraordinary security measures that preceded last Monday’s announcement in Parliament was the growing public exasperation with both terrorism and the unrest in the Kashmir Valley. Beginning with the Uri attack on jawans and culminating in the suicide bombing of a CRPF convoy in Pulwama just prior to the beginning of the general election campaign, the mood in Middle India had become belligerent. The ‘surgical strikes’ across the line of control and the Indian air force raid on a terror camp in Balakot fuelled a desire for muscular retaliation and a corresponding impatience with those who pleaded for a greater understanding of those who pelted security forces with stones in the Kashmir Valley. Some of this anger was reflected in the election outcome, which also suggested a spectacular measure of national approval for a muscular response to the larger problem of terrorism.

The national impatience with the celebration of ‘autonomy’ in Jammu and Kashmir is real and linked to the nationalist resurgence in the country. There is a perception that the security forces are severely handicapped by having to be mindful of political compulsions. This may not correspond to absolute reality but the feeling that Kashmiri politicians are quite adept at speaking with a forked tongue is today quite pervasive throughout the country. It is certainly strong enough for regional parties — with the possible exceptions of the DMK, Samajwadi Party and the Trinamul Congress — to want to side with the government. It was also strong enough for many prominent Congress leaders to risk dynastic displeasure and offer support to the government.

The misgivings over Article 370 are not new. However, there was an equal temptation to link it to India’s commitment to secularism. Indeed, many political philosophers had attempted to justify the notion of differentiated citizenship as an alternative to what they regarded as majoritarianism. It is, however, interesting that this argument was missing in this week’s parliamentary debates. Instead, what was striking was that the redundancy of Article 370 was tacitly conceded by most of the government’s opponents. They focussed their attacks on the extraordinary crackdown in the Kashmir Valley, the absence of any consultation with the main Kashmir political parties and the impropriety of downgrading the state into two Union territories at a time when there was no state assembly. In short, the objection was part procedural and partly to the loss of statehood. The arguments in favour of retaining Article 370 were few and far between.

This suggests a big mood shift in India. Before 2014 shifted the ideological balance quite decisively, the emphasis was always on first placating Muslim opinion. By contrast, the existence of a Hindu vote was always discounted in favour of caste and other community blocs. Following two successive wins by the BJP, there is a sudden realization that a Hindu vote is a reality and, ideally, should not be offended. For example, the Trinamul Congress, which suffered an erosion of its Hindu support base in the general election, was careful to not vote against the abolition of Article 370. First, it didn’t issue a whip in the Rajya Sabha — an omission that kept at least five of its MPs absent — and, secondly, it staged a crafty walk-out in both Houses rather than be seen as unmindful of national concerns. Before the general election, the TMC had behaved very differently and had shown absolutely no hesitation in pooh-poohing security concerns.

The relative ease with which the abolition of Article 370 was managed is revealing. There are strong reasons to believe that the old Nehruvian, left-liberal consensus has given way to an alternative understanding that reflects the priorities of Modi and Shah.