Sentiments do have real economic benefits

Investors may be buying stocks again, but fundamental drivers such as expected corporate performance remain unchanged 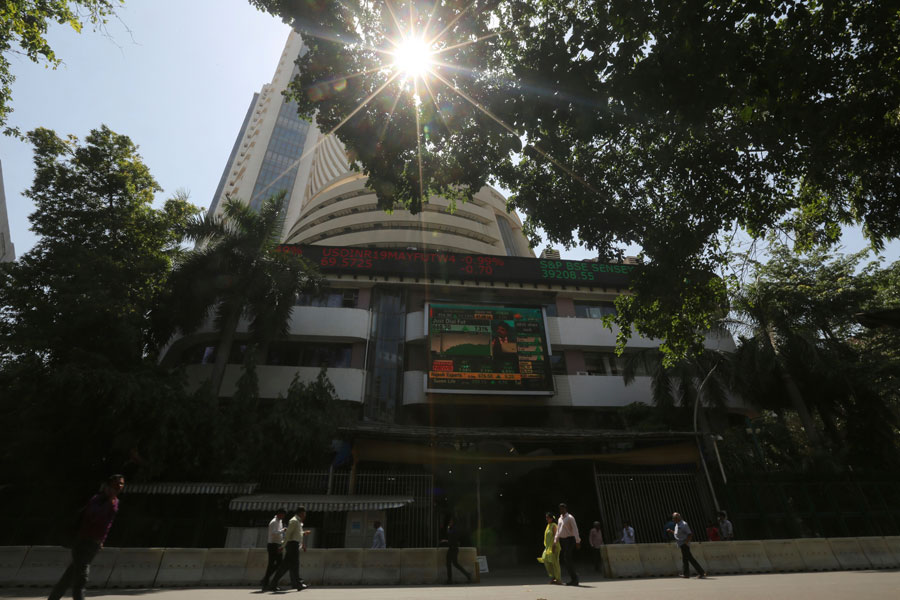 If the Bombay Stock Exchange Sensex was a sentiment barometer for industry, investors and taxpayers, its 1998 points drop in end-July over end-June and the steady outflow of foreign capital show how pessimistic they have become
(AP)
Renu Kohli   |   Published 29.08.19, 08:09 PM

Sentiments matter for economic growth. Optimistic or upbeat sentiments encourage consumers to buy and borrow; businesses, on the other hand, are spurred to plan and invest. But when in reverse gear, downbeat or negative sentiments can hold back spending, restricting activities and stifling growth. For an economy seeking to revive itself, be it India or the world, the mood of consumers and investors has to be buoyant to turn things around. No wonder the governor of the Reserve Bank of India recently underlined the importance of “sentiment” and “mood” for the real economy. These, he added, were not sufficiently “positive” and “optimistic”, urging all to look ahead with greater confidence.

The mood of Indian businesses and consumers has indeed been sombre for a while. Economic signs have progressively deteriorated for over a year: GDP growth decelerated for four straight quarters to 5.8 per cent this March. The hefty 2.3 percentage point drop over last year was large enough to dent confidence about potential demand. Sales of mainstays, such as consumer durable and non-durable goods and automobiles, are dropping precipitously each month. The steady deceleration in corporate earnings, industrial output, exports, imports, air passenger traffic, tax collections and so on further undermined confidence. A strained financial system, almost pushed to the brink by the IL&FS default last year, triggered a liquidity squeeze, risk-aversion and lack of confidence in other non-bank financial companies. That has rippled across the larger shadow banking segment; conditions have still to normalize.

Demand prospects are poor: GDP growth in the April-June quarter is widely expected to be slower at 5.6-5.7 per cent. Most forecast that FY20 GDP growth would lie in a range of 6 -6.5 per cent, which is lower than last year’s 6.8 per cent. The prolonged private investment decline since 2011 continues. With the government running out of resources, the public capital expenditure prop has weakened. In short, there seems no fire left in any engine. Other tangible mood spoilers have been the government’s tax policies, approach on fuel shifts by automobile manufacturers, and sundry other business-related issues. The cumulative effects are visible in weakened demand for business and consumer credit, productions cuts and lay-offs, that are impacting employment and incomes.

Business and consumer confidence surveys capture this growing pessimism. The RBI’s most recent survey of business sentiments showed the business assessment index on demand conditions falling 4 percentage points in April-June 2019 from its January-March 2018 levels. Business expectations index for July-September 2019 was down to the levels of two years ago. Business leaders are talking of reviving ‘animal spirits’ at numerous forums.

Consumer sentiments, captured by the RBI’s periodic Consumer Confidence Surveys, show a steady decline. Net responses of consumers’ perceptions and expectations about general economic conditions (current and one-year ahead) have trended down since December 2017. A temporary uplift earlier this year reverted in May as consumers returned to their reading of economic fundamentals, possibly brushing aside the one-off optimism from a preferred political outcome (a similar optimistic jump post-2014 elections was heftier). Consumer sentiments closely track their anticipated future income increases or decreases, which decide their spending capacity. Consumers adjust expenditures accordingly. Given the successive slower growth in per capita incomes, such spending adjustments could be significant. A recent Goldman Sachs report cited in newspapers estimates 36 per cent of the current slowdown is attributable to consumption-driven factors, including bank agriculture credit, vehicle sales, rural wages, fuel consumption, farm exports, fertilizer sales, rail/air passenger traffic, household credit, and electronic exports.

Sentiments plunged steeply after July’s annual budget presentation. Against a widely expected fiscal stimulus to combat the slowdown, what came were unanticipated surcharges and higher taxes with no countercyclical measures or demand revival plan. If the Sensex was a sentiment barometer for industry, investors and taxpayers, its 1998 points drop in end-July over end-June and the steady outflow of foreign capital show how pessimistic they have become.

The worry is that expectations of future economic prospects lead to changes (increases or decreases) in private consumer spending and exert considerable influence upon aggregate demand. How might this transpire? Consumer sentiments tend to be closely associated with growth in personal consumption expenditure — optimism about future economic improvement manifests in higher spending. For the United States of America, the headline University of Michigan Consumer Sentiment Index is closely correlated with personal consumption expenditure growth; there’s a strong relationship between consumer sentiments and future economic activity. For India, GDP growth and one-year ahead consumer expectations are closely synchronized with approximately a three-quarter lead. This suggests that anticipated future output growth and economic activities by consumers are often realized in subsequent growth outcomes. That’s not surprising, given the large share of personal consumption expenditure in India’s GDP — about 57 per cent! Sentiments do have real economic effects.

Similar processes are observed globally. In recent years, investor sentiments have swung with twists and turn in the US-China trade war, increased nervousness about its knock-on effects, and heightened anxieties about the world economy tipping into a recession. The negativity has extracted a toll upon US corporate investment: The Economist reports that firms are re-examining financial commitments and long-term business plans; its own analysis of 2,400 listed American companies across 42 sectors shows China-exposed firms scaled back investments more, even though other factors may have had a role; other cited studies show measurable real effects of increased uncertainty via reduced capital spending, muted investments and slower hiring. Across the Atlantic, Brexit-induced uncertainties have undermined business confidence and spending as well.

The world economy is currently short of a meaningful minder of its growth goals. But the Indian economy does not lack one. It is instructive that the sharp, post-budget slide in sentiments finally elicited a response from the government. It rolled back the enhanced surcharge on equity capital gains for foreign and domestic investors, withdrew another on start-up funding, soothed fears of tax-terrorism by assuring a friendlier tax regime and administration, announced immediate capital infusion into public sector banks and additional liquidity support for housing finance companies, along with helpful initiatives for micro, small and medium enterprises and the beleaguered automobile sector.

Are these a sentiment booster? For sure, if you look at the market response — the Sensex gained close to 700 points in a day. Will sentiments look up from here on? It is hard to tell at this point. Relieved investors may have returned to buying Indian stocks, but fundamental drivers such as expected corporate performance remain unchanged; so is the demand outlook. Some believe festival spending commencing next month will certainly rebound with last week’s booster shot. Newspaper reports say another two rounds of responses to the economic slowdown are soon to follow. Economy watchers need to see if the rebound in sentiments is superficial or percolates deep enough; whether it proves short-lived or endures long enough. Only a sustained transformation in agents’ beliefs about their economic future can inspire positive emotions, impart optimism and modify spending behaviours. How the mood of businesses and consumers evolves ahead will make a difference to the course of economic recovery.