RTI law: paradigm shift in realizing Constitutional rights that cannot be taken back 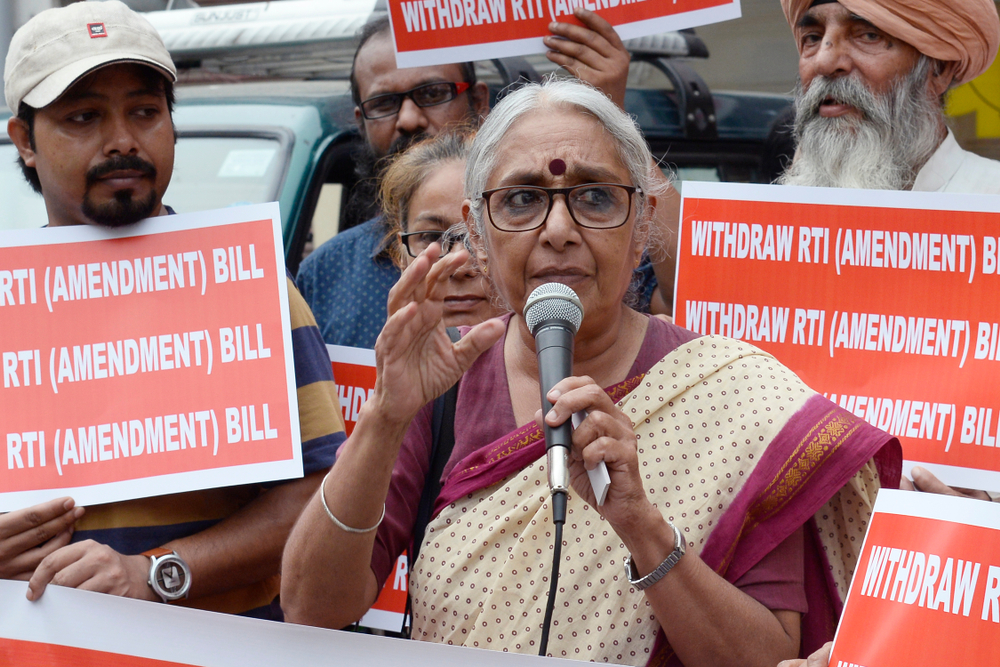 Ever since the Bharatiya Janata Party government flexed its legislative muscle, and successfully amended and diluted the Right to Information Act, many people have asked if the RTI Act has been maimed beyond repair and if its obituary should be written. While analysing the amendments, it is also necessary to understand the nature of the people’s right to information not just as a law, but as an inseparable part of basic human and democratic rights. As a part of the freedom of expression, the RTI is an irrepressible part of free speech; as a part of the right to life, it is as demanding as hunger, and as integral a part of the right to equality, as basic as human dignity.

The RTI is a movement far beyond a legislation, and while the amendments will certainly be a hindrance for India’s citizens, a review of the RTI movement will indicate clearly that the people’s need to ask questions and demand answers will always find an outlet.

The BJP has had what it has called its most successful and productive legislative session of Parliament — ever. But a dream for some can be a nightmare for others. Law as an instrument of control and manipulation is very different from law as a reflection of shared values. As with many other powerful rulers, a lesson the BJP and Rashtriya Swayamsevak Sangh think tank will be taught one day is that they might gain legal manoeuvrability by legislating to suppress democratic space, but there are basic human rights that no law, no police, no armed force, and indeed no mob or propaganda can curtail.

There is legislative cunning behind the RTI amendments. Successive governments have realized that people can, and have used RTI like an ‘x ray’ or ‘MRI’ machine to examine people in power, and their acts of omission and commission. This has been deeply uncomfortable and clearly unacceptable for an autocratic regime. The pursuers of these acts of government have been nearly 50 lakh individuals and collectives spread across the country, not always organized. Rather than undermining and diluting any of the individual provisions of access that the Indian RTI law has given to citizens, and rather than trying to muffle the applicants themselves the government decided to control the machinery and its power centre. By amending Sections 13, 16, and 27 of the Act, the Central government can now decide the tenure, status , and salaries of both the Central and state information commissions. As a result, a message of subservience has been conveyed to its most powerful body. The BJP is clearly driven by an unspoken agenda to weaken all independent institutions. The determination with which it bulldozed the amendments through both Houses, with blank refusals to have consultations in parliamentary committees or outside with people, shows that they felt that this was a step they were determined to take to free themselves from at least those questions that have repeatedly troubled the leadership.

Questions such as the rational basis for taking the policy decision of demonetization and its recorded impact, disclosure of non-performing assets, which bad loans were being written off by the tax payer’s hard earned money, the disclosure of mining leases to corporate conglomerates, operational details of VVPAT machines and EVMs and the role played by them in securing independence of the election process have been plaguing a government that sees critics as enemies and refuses to see them as allies in nation building and maintaining ethical standards.

As we watch basic provisions of the Constitution being toppled one after the other, similar questions will arise about some of the most basic freedoms being curtailed including the right to speak; freedom of expression; the right to association; the right to protest and dissent. All of these are connected to the ‘people’s right to information’, but do not draw their legitimacy from an RTI law alone.

When villagers in Rajasthan first began the struggle for the right to information in the early 1990s, there was no RTI law. It was a people’s assertion of their ‘birthright’ to information that drove them on. When educated elites asked why poor people were asking for information, and not for employment, wages, food, or medicines, it was ordinary people who pointed out that there was an inalienable connection between the right to know and the right to live. One of their first and defining slogans was “Hum janenge, hum jiyenge”. If you did not know how much food was coming to the ration shop how could you demand your rations? If you do not know stock position of the medicines in the public health centre, how can you demand your snake bite serum? Similarly, if you did not know what the wages were on the muster roll how could you ensure that minimum wages were paid? These were some of the fundamental questions that people asked in the battle to know — and to live.

Similarly in the struggle against corruption, it was people who articulated the slogan “Hamara paisa hamara hisab (our money, our accounts)” to point out that every single rupee with the State belongs to the people, and it is their sovereign right to demand accountability and fight corruption.

The RTI law they got enacted was a paradigm shift in realizing constitutional rights that cannot be taken back.

This is what the judge, K.M. Joseph, wrote in his concurring Supreme Court judgment on allowing the Rafale aircraft deal papers to be used as evidence even though they were informally obtained: “With the passing of the Right to Information Act, the citizens’ fundamental right of expression under Article 19(1)(a) of the Constitution of India, which itself has been recognised as encompassing a basket of rights, has been given fruitful meaning.”

When the RTI law was being drafted, and was facing secret opposition from people working against it in government, it was the files and their notings that exposed the hollow and motivated arguments against transparency. When the government dragged its feet, and refused to appoint information commissioners, it was the RTI that revealed their prevarication. And even during amendments in the past, RTI helped expose the plans to weaken the law.

One immediate response to the amendments from RTI users has been to sharpen their RTI tools and demands. In Rajasthan, for instance, in a joint exercise of civil society and the state government, a comprehensive proactive disclosure website called “Jan Soochna Portal” is to be launched in early September, to implement suo motu disclosure provisions of the RTI Act in letter and spirit. This will to some extent prevent public information officers from hiding information from people and applicants.

On the day the president signed the amendment, RTI campaigners launched a powerful new campaign called “Use RTI, demand accountability”. To  be filed on the first of every month across the country, this demand for transparency and accountability will not only strengthen the people’s right to ask questions, it will also bring citizens groups together to extract meaningful answers and reinforce the fast disappearing deliberative aspects of our democracy.

The judge, Joseph, in the same judgment, explained how far reaching this right now is: “The RTI Act through Section 8(2) has conferred upon the citizens a priceless right by clothing them with the right to demand information even in respect of such matters as security of the country and matters relating to relation with foreign state. No doubt, information is not to be given for the mere asking. The applicant must establish that withholding of such information produces greater harm than disclosing it. Ability to secure evidence thus forms the most important aspect in ensuring the triumph of truth and justice.”

It is in that unstoppable human search for truth and justice that the right to information will continue to shine.

RTI query to the ‘vociferous’