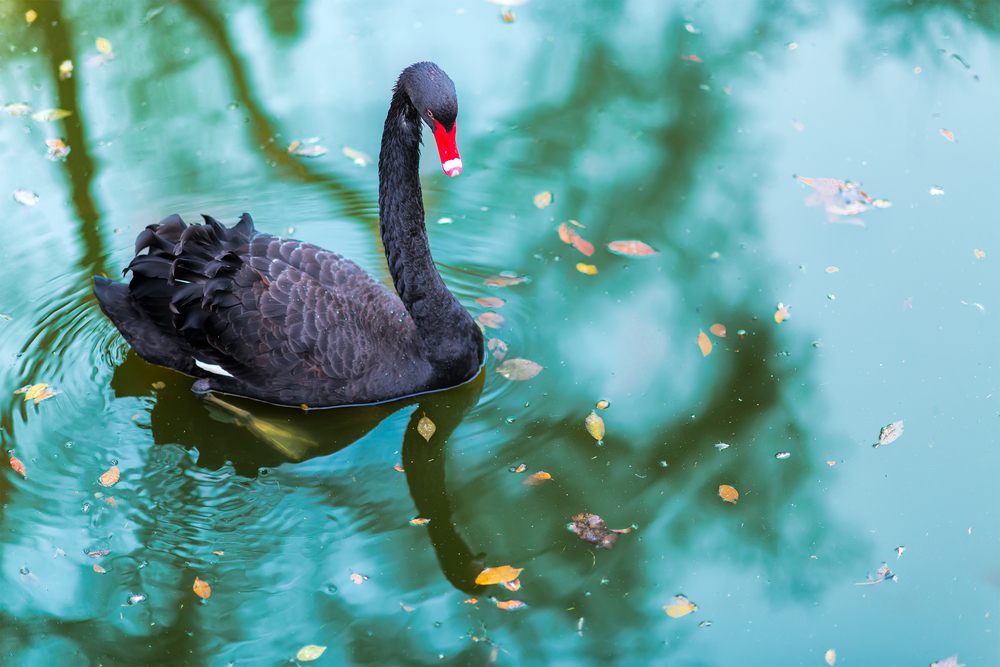 The first known use of the phrase, ‘black swan’, is attributed to the second-century Roman poet, Juvenal, who believed that such a bird didn’t exist
(Shutterstock)
Atanu Biswas   |   Published 03.05.20, 06:39 PM

‘The Coronavirus is the black swan of 2020.’ This is how the Covid-19 outbreak and its dire consequences for global health and economy are being widely described. However, we may be using the wrong animal metaphor to describe the coronavirus crisis.

The first known use of the phrase, ‘black swan’, is attributed to the second-century Roman poet, Juvenal, who believed that such a bird didn’t exist. This was the popular belief until the Dutch explorer, Willem de Vlamingh, saw black swans in Western Australia in 1697. The concept of the ‘black swan’ was popularized by Nassim Nicholas Taleb in Fooled by Randomness. Subsequently, in The Black Swan: The Impact of the Highly Improbable, Taleb identified the 9/11 attacks, the internet, the personal computer, World War I, the dissolution of the Soviet Union, among others, as examples of such outliers. Taleb went on to grade a ‘black swan’ event by the three measuring rods of rarity, extreme impact and retrospective predictability.

The coronavirus pandemic is, however, not an unforeseen event. A number of similar epidemics have been reported from different parts of the globe during the last two decades including SARS, Swine Flu, Ebola, MERS, Nipah and Zika. In September 2019, the WHO had noted that “despite the increasingly dire risk of widespread epidemics, the world remains unprepared. The Global Preparedness Monitoring Board warns that epidemic-prone diseases like Ebola, influenza and SARS are increasingly difficult to manage in the face of prolonged conflict, fragile states, and forced migration.” Infectious diseases were cited as one of the leading causes of risks for 2020 in the World Economic Forum’s Global Risks Report.

Other quaint phrases are also in vogue. Nate Silver of the polling organization, FiveThirtyEight, has termed the Covid-19-induced public health emergency “fat tail kind of black swan type of risk”. Among probability models, tails represent the likelihood of extreme events. A ‘thin tail’ resembles a situation like normality, but a ‘fat tail’ event is a statistical phenomenon during which there is a greater likelihood of occurrence of extreme outcomes.

Claims that nobody could have seen the coronavirus pandemic coming are “pish posh”, says the author, Michele Wucker. She came up with another term, ‘Gray Rhino’ to describe something that is obvious, something coming right at you, with a large potential impact and highly probable consequences. In The Gray Rhino: How to Recognise and Act on the Obvious Dangers We Ignore, Wucker explained: “I went to Wikipedia and discovered there are black rhinos and white rhinos, but the black ones aren’t actually black. The white ones aren’t actually white. They’re all gray, but until now nobody talked about the most obvious thing, which is that all rhinos are gray.” “Given what we know about pandemics and their increasing likelihood, outbreaks are highly probable and high impact,” wrote Wucker. In other words, a regular gray rhino reality check can help avoid a black swan. It is possible that there are gray rhinos behind every black swan phenomenon. For example, there were several distinct alarms in 2007 and 2008 before the recession took place.

The coronavirus epidemic is not the proverbial ‘elephant in the room’. It could, however, be called a ‘black elephant’ event. The environmentalist, Adam Sweidan, explained this idea to Thomas L. Friedman thus: “[It is] a cross between a ‘black swan’ — a rare, low-probability, unanticipated event with enormous ramifications — and ‘the elephant in the room’: a problem that is widely visible to everyone, yet that no one wants to address, even though we absolutely know that one day it will have vast, black-swan-like consequences.”