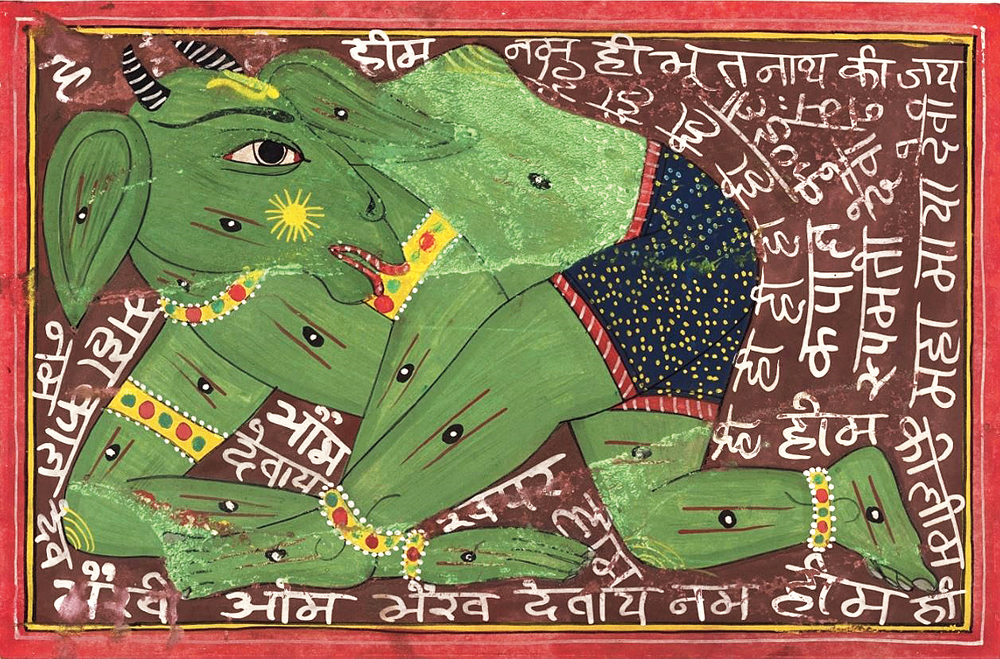 In some retellings of the legend, Mahishasura is not the demon that he has been made out to be but a just — socialist? — humanist, Buddhist king who is, eventually, toppled by the onslaught of Vedic culture and religion
(Wikimedia Commons)
Uddalak Mukherjee   |   Published 23.10.19, 06:35 PM

Having had his heart pierced by the goddess, where do you, dear reader, think that the spirit of Mahishasura journeys in search of refuge? It could well be Mysore.

Interestingly, diverse strands of Dalit myth, literature and belief converge at Mysore, a former kingdom believed to have been named after Mahishasura. The constituency of progressive writers and historians — K.S. Bhagavan, the recipient of the Karnataka Sahitya Academy Award, and B.P. Mahesh Chandra Guru, an Ambedkarite activist, are among them — has cited several archival and textual references in support of Mahishasura’s claim on Mysore. Among these are the Gazetteer of Mysore, compiled by S. Kamath, an eminent historian, and the works of Srinivas Havanoor. In these retellings of the legend, Mahishasura is not the demon that he has been made out to be but a just — socialist? — humanist, Buddhist king who is, eventually, toppled by the onslaught of Vedic culture and religion.

The assault continues even in modern Mysore. This year, on the occasion of Mahisha Dasara, an annual rite meant to commemorate the king who has been turned into a demon, the Bharatiya Janata Party government imposed prohibitory orders to scuttle the celebrations. A BJP parliamentarian apparently alluded to the organizers — the Dalit Sangharsh Samiti, Dalit Students Federation, Jai Bhim Association and others — as those born of the demon. It appears that Mahishasura is persona non grata in his homeland, even though the contentious NRC is yet to be implemented in this part of the country.

Another monarch, a Dravidian icon, would certainly commiserate with the plight of Mahishasura. Mahabali, who, Dravidian mythological and literary sources insist, was tricked into losing his kingdom and condemned to the underworld by Vamana, a rather wily avatar of Vishnu, has been facing trouble during Onam, the annual visitation of the beloved king to his people in Kerala. The Hindutva brigade has allegedly been fanning a steady campaign to denigrate Mahabali’s legacy in order to burnish Vamana’s credentials. The state president of the Hindu Aikya Vedi had described Mahabali as an imperialist. (Vamana is, obviously, the liberator.) A contributor to Kesari, the Rashtriya Swayamsevak Sangh mouthpiece, had even claimed that Onam has its roots in Vamana Jayanti.

One way of interpreting these developments would be to see them as a clash between competing myths. Should such a conflict then interest historians or other commentators whose allegiance lies with reason?

After all, the rational world has had nothing but contempt for myth and mythologizing. Karen Armstrong writes in the brief but illuminating A Short History of Myth that Plato, consumed by his admiration for logos, dismissed myth as old wives’ tales. Centuries later, Francis Bacon would fervently plead to liberate science from the shackles of mythology in Advancement of Learning. Bacon’s cause would be advocated by German and French philosophers of the eighteenth century through their demonization of myth as outmoded thought.

In India, the fastening of modern bahujan philosophy and politics to the chain of reason can be attributed to the radiant mind of B.R. Ambedkar. In his essay, “Ancient India on Exhumation”, Ambedkar echoes Plato’s views by alleging that the transformation of history into mythology at the alchemic hands of Brahminism could lead to the amusement of ‘women and children’. Indeed, Ambedkar wielded reason as a flame to illuminate the toxic underpinnings of foundational myths and theological positions in Hinduism. Among other radical assertions, Ambedkar posited the Gita to be counter-revolutionary. It was, in Ambedkar’s opinion, a textual nullification of the Buddhist principles of emancipation and anti-casteism. The centrality of Mahishasura, a mythical figure, to emancipatory politics in the Indian context is rather intriguing in the light of Ambedkar’s fidelity to rationality. Could myth, then, be looked upon as a potent weapon to realize the political doctrines of democracy and accommodation?

Unlike the progressive-liberal constituency, right-wing politics has been far more accommodating of mythology. This weaponization of myth has obvious ideological imperatives and political implications in the Indian context. For instance, the ascendancy of the Hindutva project can be traced back to the demand for a temple — India’s highest court is expected to deliver a judgment on the matter soon — for a man who, much like Mahishasura, has been brought to life by the indisputable power of lore. Myth’s potency has not been extinguished by the Age of Reason. The modern citizen remains at heart a myth-making creature. Armstrong provides a possible explanation for the endurance of myths. “[M]yth is make-believe; it... transfigures our fragmented, tragic world, and helps us to glimpse new possibilities by asking ‘what if?’”

This is also a ‘what if’ moment for progressive politics and pedagogy in India that have traditionally been contemptuous of non-secular sentiments. The mythologization of history, its resultant distortion, a characteristic trait in right-wing polities, can be challenged by reimagining myths. This is not to suggest that alternative histories — John Keay christened myths as the ‘smoke of history’ — be accorded the legitimacy of recorded fact. That would cause knowledge systems to fall into the trap laid by mythology. But there is an equally persuasive case to reject the falsification of myths, or their dissemination as an inferior mode of reasoning. Armstrong provides a compelling argument in support of this contention: “[W]e can acquire a more educated attitude to mythology... undiluted logos cannot deal with... deep-rooted, unexorcized fears, desires and neuroses. That is the role of an ethically and spiritually informed mythology.”

These fears are already manifest in New India. The vilification of the Other — minority and indigenous cultures and people are now condemned to Otherness — bears evidence of the fears being fanned by adroit majoritarianism. At a time when reason seems to be failing to resist this sinister tide, perhaps it is time to unleash empathy coded in mythology.

Only then would Mahishasura’s metamorphosis from demon to man come to fruition.

No room for Mahishasura