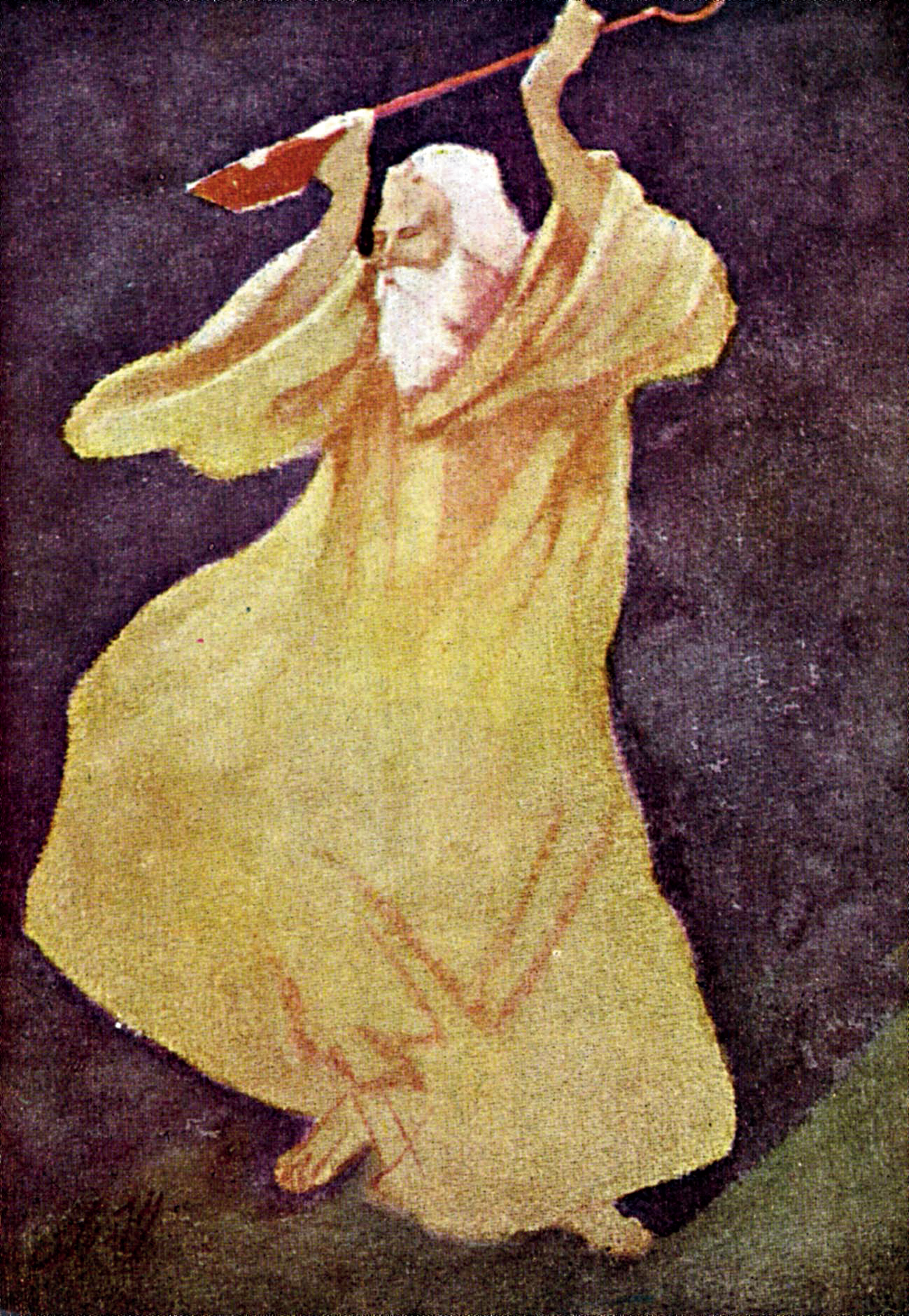 Now that books have been recognized for the seditious and corrupting instruments they are, we can expose the greatest trafficker of these pernicious objects in modern India. His name is Rabindranath Tagore.

Everything in the man’s life, work and background violates the values our nation holds dear. His family migrated from Bangladesh: the place had grown too hot for them after they sullied their Brahmin line by mingling with a certain community. A school drop-out without a degree, he founded an unauthorized school that brazenly defied the approved curriculum of the time (as indeed of ours). He started it on sound traditional lines, but it didn’t take long to shed the mask. The misnamed ashram came to harbour aliens of all hues and faiths. “You buy bread from Muslim bakers,” he wrote to a colleague; then, worse horror, “so what’s your problem with Muslim students?” The place was also overrun with females. He not only educated the betis, which a gracious regimen might permit; he let them sing and dance in public, against all bharatiya decency, and encouraged widow remarriage, even for his own son — following another mischief-maker from the same benighted province, Ishwarchandra Vidyasagar.

When the government thought to tame the unruly province by splitting it in two — something done by the best regimes — he took to the streets, belting out incendiary songs and rousing the rabble. He was under constant police watch; but far from transporting him for sedition, the weak-kneed British never so much as summoned him to the local thana. He showed no gratitude for this clemency. When 400 people were shot in the interest of law and order — at the other end of the country, mind you — he staged an ‘award wapsi’ drama, returning the knighthood that the misguided British had gifted him.

But he had meanwhile got himself another award from Sweden, and used it to impress people. Here’s another puzzle to ponder. As a poet in Bengali, he could have churned out his stuff from Calcutta or his Birbhum village. What sinister motives made him traipse round the world, addressing gatherings everywhere? When he happened to meet a proper leader like Mussolini, he ended up all embarrassed about it. That was because of the wimps he hobnobbed with the rest of his time abroad — Romain Rolland, Hermann Keyserling, that shock-haired scientist Einstein: not the kind of people we would allow into JNU these days.

Some readers might not believe my account. “You are being unkind,” I hear them say. “Let the man speak for himself.” I will proceed to do just that. Let readers judge if every word does not damn him.

On nationalism, for instance: “Blindness, injustice and cruelty are being spawned through exaggeration and falsehood. In fact, this blindness is the basic malady of nationalism,” he writes in Bengali; and in English, “Have you not seen, since the commencement of the existence of the Nation, that the dread of it has been the one goblin-dread with which the whole world has been trembling? Wherever there is a dark corner, there is the suspicion of its secret malevolence... Every sound of footstep, every rustle of movement in the neighbourhood, sends a thrill of terror all around.” Every denizen of India must find such descriptions absurd.

Or again, on religious violence: “When people are blinded by illusion in the guise of religious faith, they can only kill or be killed.” Sometimes he really lets himself go: “India has not kept its religion pure and sacred, so religion has now become its greatest problem... People are killing each other mercilessly, like wild beasts, in the name of religion... Honest atheism is much better than the deluded horror of such religion.” What make-believe world can this be?

The talk of religious purity is disingenuous. He doesn’t even keep his religions separate, so how can they remain pure? He imagines a family where one brother is a Christian, another a Muslim, a third a Vaishnav — but instead of fighting, they live peacefully in an ‘auspicious and beautiful’ manner. Or consider the ending of the novel Gora, where the Hindutvavadi hero Gora learns that he isn’t even of Indian stock, but the orphan child of Irish parents. Instead of rejoicing that he has nonetheless imbibed the blessing of Hindutva, he abandons religion altogether. “He has no mother, no father, no country, no race or caste [jati], no name, no gotra, no god,” he feels. Hence he no longer fears pollution or loss of caste: “Today I am Indian. I have no conflict with any community, Hindu, Muslim or Christian. Every caste in India is now my caste: I can eat everyone’s rice.”

Tagore’s engagement with religion in general and Hinduism in particular was always dicey. He knew good Sanskrit and had the Vedas and Upanishads at his fingertips, but much good it did him. He inherited the monotheistic Brahmo reading of those texts, but didn’t stick to that either. His writings bristle with Puranic deities. He sees the figure of Rama the god built up, layer by layer, from the historical reality of Rama the man. In a word, he ends up challenging every conventional religious line. He has no faith in ritual, especially as inert adornments of a religion that has lost its core humanity. Temples hold little meaning for him: his god is more interested in the welfare of common people. This god has fled from the temple to “where the tiller is tilling the hard ground and where the path-maker is breaking stones”.

In fact, Tagore has had us all fooled: most of the time, he isn’t spiritual at all. He keeps dwelling on “dumb hordes with bowed heads, their dimmed faces inscribed with the pain of a hundred centuries”: Dalits (“By spurning human touch, you despise the god of humanity”), tortured prisoners (“Judgement’s voice weeps silently, alone”), young girls raped and murdered (“No help, no remedy”). He turns positively bolshie in old age, recording “the fierce strife between those who starve and those who gorge, as the spoils of plunder pile higher in the hell we call civilized”. There is even what reads suspiciously like a call to armed revolution: “I call to those preparing in every home to wage war with the demons.”

Can such writings inspire the India we want to build? Shockingly, the chief custodian of this unedifying store is a Central university, itself his creation. We have even let him supply our national anthem, slyly disguised as honest Hindi. That was due to the wiles of India’s first prime minister, to whom, as we now realize, the nation owes all its ills. But Tagore’s real crony was that other dubious figure still often called the Father of the Nation. They bickered over all kinds of issues, yet showered each other with compliments: it was Tagore who popularized calling Gandhi ‘Mahatma’. More crucially, when Gandhi’s band arrived from South Africa, he sheltered them at Santiniketan when few people would have done so. Without that welcome, Gandhi might have returned to Africa, and Indian history proceeded differently.

Rabindranath Tagore has much to answer for. We must not be disarmed by his fine words any longer.

Experiments in the politics of sadomasochism

Indians have a chance to infuse 'achchhe din' with new meaning